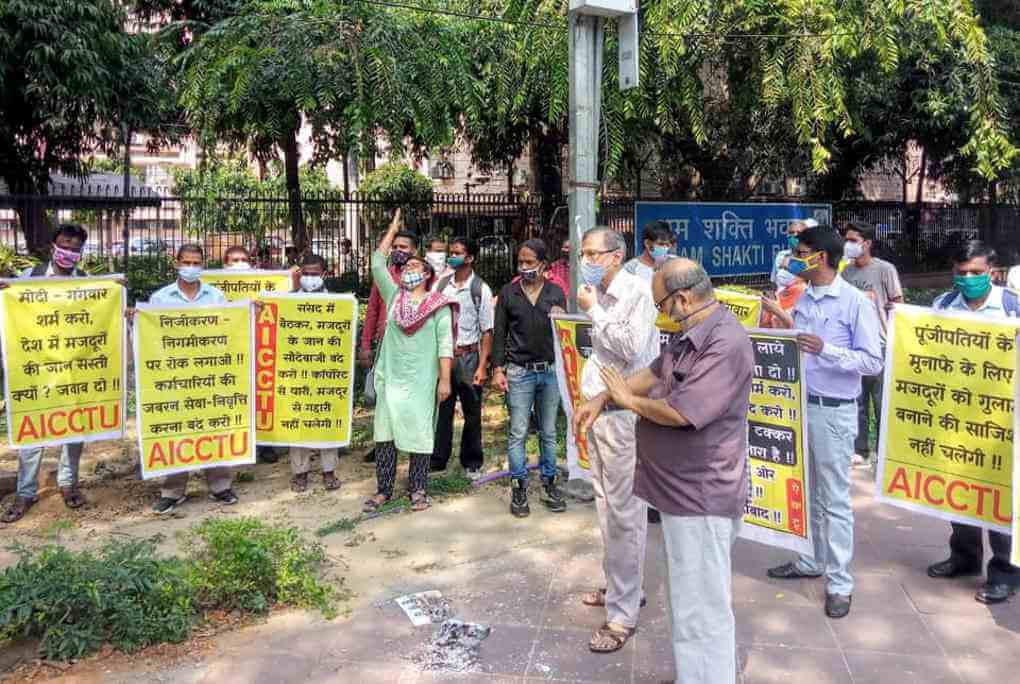 On 16 September 2020, members of different unions affiliated to AICCTU protested in front of Shram Shakti Bhawan, which houses the Ministry of Labour and Employment. The Modi-led Government has accelerated its efforts to snatch away the rights of the workers by abrogation of 44 important labour laws. The monsoon session of Parliament, which opens after a long hiatus is ‘designed’ to suit the needs of the Modi government to dodge the questions and discussions on important matters including those concerning millions of workers and farmers. The snubbing of all opposition as well as the aspirations of the working class, and the pace at which the Modi government is doing so, clearly shows its anti-worker and pro-corporate stance. The current session of the Parliament would see introduction of three extremely anti-worker bills namely – Labour Code On Occupational Safety, Health & Working Conditions Bill, The Code On Social Security Bill & The Code On Industrial Relations Bill.

The parliamentarians who are elected by the people certainly seem to be oblivious to the plight of workers, which is evident from the way in which the first of the labour codes – Code On Wages was passed by the parliament. MPs cutting across party lines (except for the ones from left parties and some others) voted in a manner to ensure smooth passage of the Code On Wages Bill. The Modi government which has told the country that it does not have any data on casualties suffered by migrant workers during lockdown is shamelessly waiting for the remaining three codes to become laws without much resistance.

The last few years have seen an increasing clamour by the big corporates and pro-government think-tanks for ‘promoting’ what the government calls ‘ease of doing business’, which actually is nothing but a façade for anti-worker policies of the government. Such policies no doubt affect the most hard-working and marginalized sections of the society. The government is actively facilitating accumulation of wealth by a big few while forcing the workers into slavery and penury.

Copies of the labour code bills were burnt by the protesters in front of Ministry of Labour & Employment as a mark of protest against the abrogation of labour laws. AICCTU National General Secretary Comrade Rajiv Dimri along with Comrade Santosh Roy, President, AICCTU Delhi, Delhi AICCTU Secretary Shweta Raj and other people were detained by Delhi Police in Mandir Marg and Parliament Street police stations. While addressing the protesters Rajiv Dimri said, "The Modi government thinks that it can go ahead with the abrogation of labour laws without any resistance. We can assure that AICCTU and all other fighting trade union organizations will offer the government the toughest resistance on the roads. This session of parliament has been called not with the motive of solving the issues of pandemic, unemployment and nose-diving economy but to pass anti worker, anti farmer bills and ordinances." He added that as part of AICCTU's nationwide protest, similar protest actions have been organized in various state capitals and district level labour department offices. Such protests will continue on all the days of monsoon session of the parliament. The Central Trade Union Organizations have called for a joint protest on 23rd September. 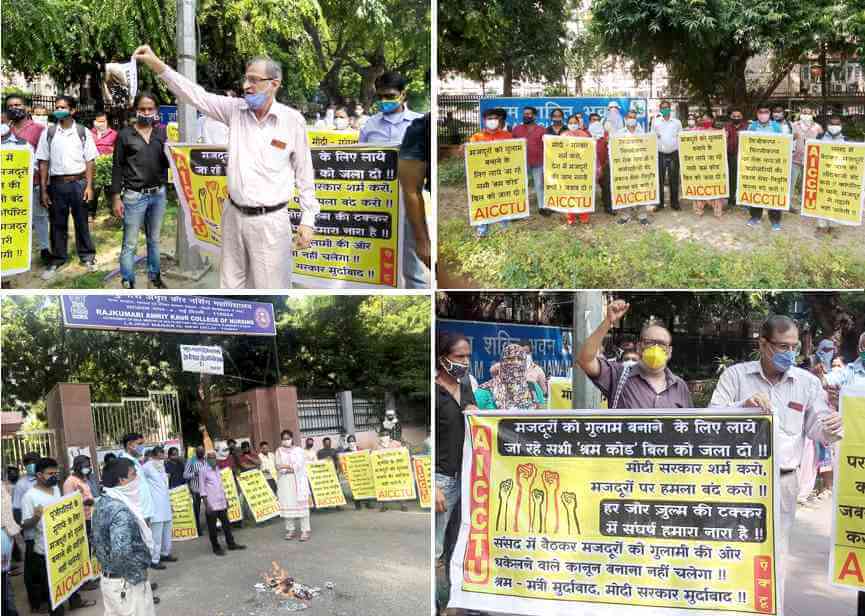 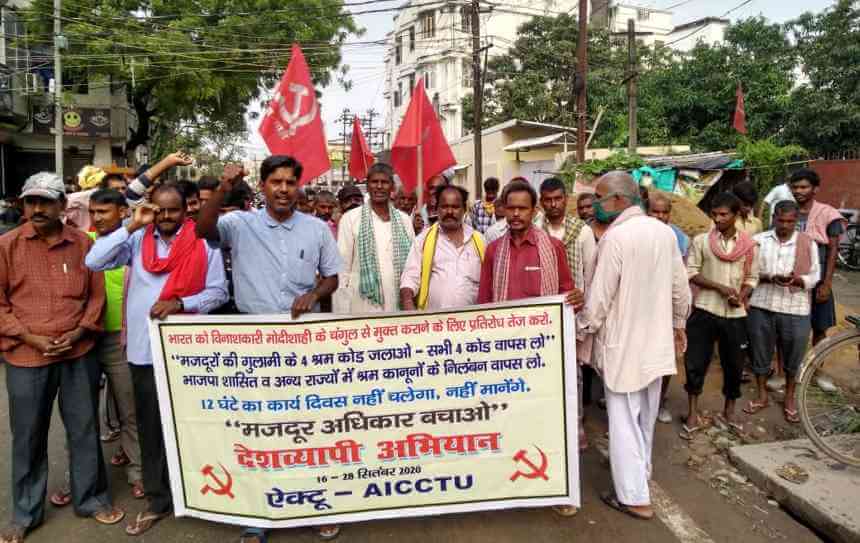