Shaheed Mela at Lasarhi, Bhojpur in memory of martyrs of 1942 Quit India Movement 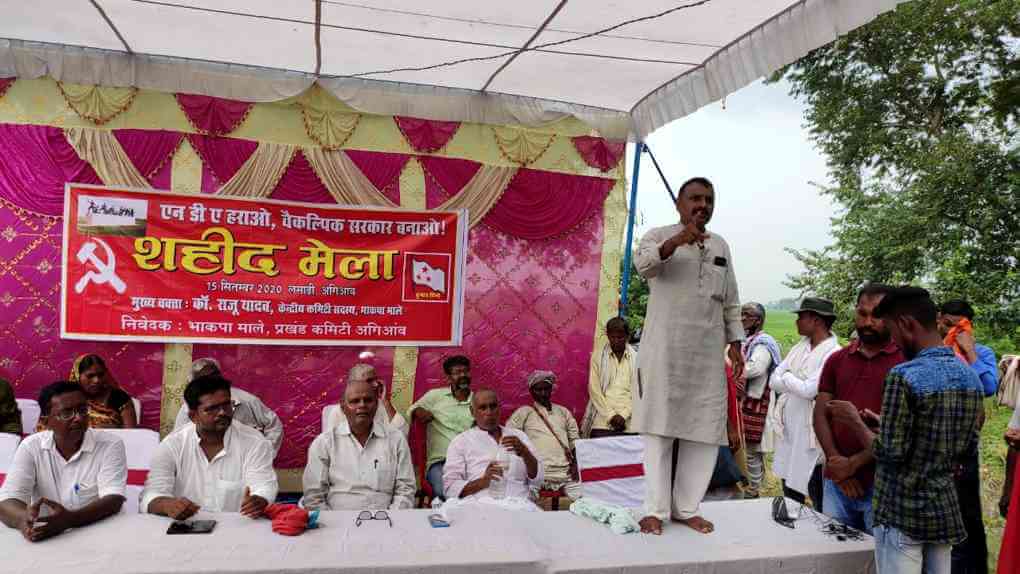 15 September. Revolutionary red salute to the relentless fighter for social change Comrade Ram Naresh Ram who put up statues of the immortal martyrs of Lasarhi. He brought out and honoured the names of the martyrs whom all governments had buried in oblivion, and today these statues are an inspiration for the new generation and the entire country to sacrifice everything, even life, to save our beloved country, our freedom, democracy and our Constitution.

These sons and daughters of poor peasants and workers of Lasarhi were fighting against the oppressive British government of the time. They sacrificed their lives at a time when Atal Bihari Vajpayee (BJP leader and former Prime Minister) turned approver for the British rulers and helped to sentence Quit India warriors.

CPIML and workers, farmers, students, youth, common people and oppressed people are fighting, going to to jail, suffering repression and torture and sacrificing much in order to fulfill the dreams of these great martyrs. Today, the fight to evict the greatest enemy of our country, democracy, Constitution and people's unity the BJP-RSS from power represents the truest honour to Comrade Ram Naresh Ram and the country's and Lasarhi's martyrs. 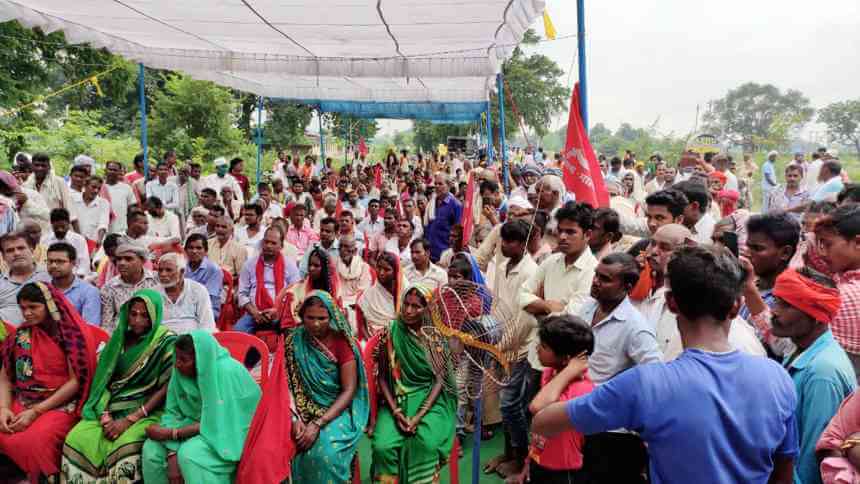