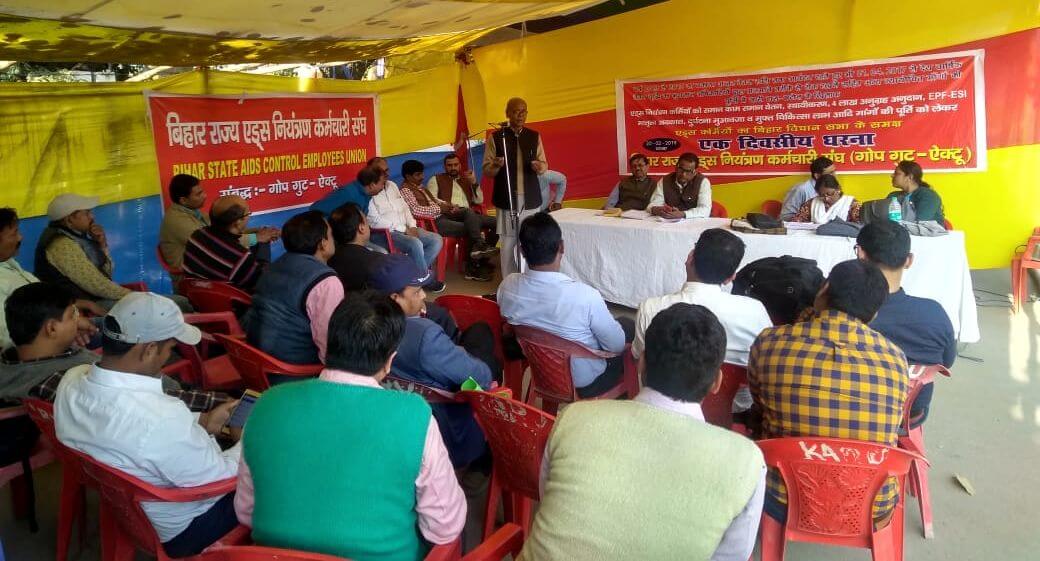 AIDS control workers union organized a massive dharna under its banner on 20 February outside Bihar assembly. The key dharna demanded action against the corrupt officials of the AIDS committee and the implementation of the recommendations of the Ashok Chaudhary Committee. The dharna also demanded: (i) same wages for same work; (ii) ESI and EPF benefits to all, (iii) all forms of leaves, (iv) fixation, (v) ex gratia grant of 4 lakhs, (vi) compensation for accidents and free medical benefits, (vii) payment of the pending payments from 2013 to 2015. They also demanded action against officials who had stopped the payment of the annual increment since April 2017, despite there being an allocation of 19 crores. The dharna was addressed by the president of the union Ranvijay Kumar, leader of the mahasangh Gope group Rambali Prasad and others. The leaders urged the centre and the Bihar state governments and also the Director of the AIDS committee project to ensure immediate action on the demands.