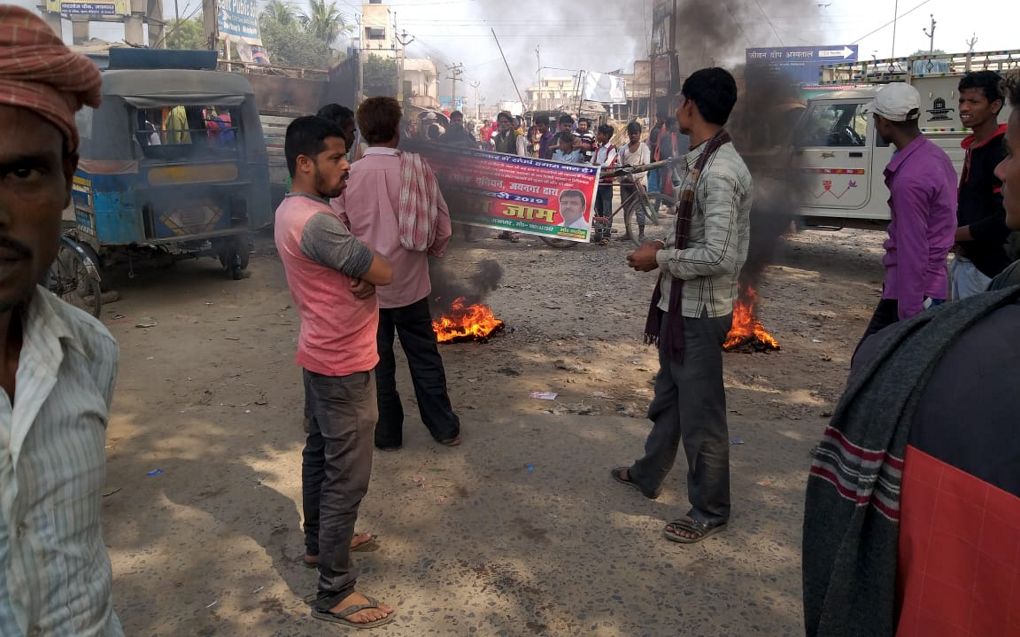 A massive Chakka Jam programme was organized on 20 February to protest against the killing of the motor drivers’ union leader Mohd. Naseem on 2 February. The protestors demanded that the criminals responsible for this be arrested without any delay. The sympathizers of the union blocked NH 104 (Jainagar-Ladaniya) and NH 105 (Jainagar- Darbhanga) since morning. On the evening of 2 February, Mohd. Naseem went to Janakpur (Nepal) carrying passengers. On February 3, it was discovered that he had been brutally murdered. It was also found out that there were definite and sufficient proofs against the killers and the Nepal police was working towards their arrest, however, the Jainagar police was not cooperating. Immediately after this incident, a movement erupted demanding- (i) immediate arrest of the killers of Mohd. Naseem, (ii) government compensation for his family, (iii) an end to the continuously increasing attacks on the motor drivers, (iv) security for all motor drivers and (v) ensuring free government insurance for the drivers. The next day an aakrosh march (protest of anger) was taken out under the leadership of the driver union subdivision secretary and CPIML leader Bhushan Singh. The union leaders made a written request to the subdivision officers and police officials to ensure action on the demands. However, seeing complete indifference on the part of the administration, a meeting of the motor driver union was organized and it was declared that chakka jam would be organized on 20 February. It was only after the block development officer, subdivisional official and police officials assured action on the demands that the chakka jam was ended. The leaders declared that if the local police does not cooperate with Nepal police to ensure the 6 point demands, Jainagar Bandh would be organized on 11 March.