Protest against Attack on Student Leader 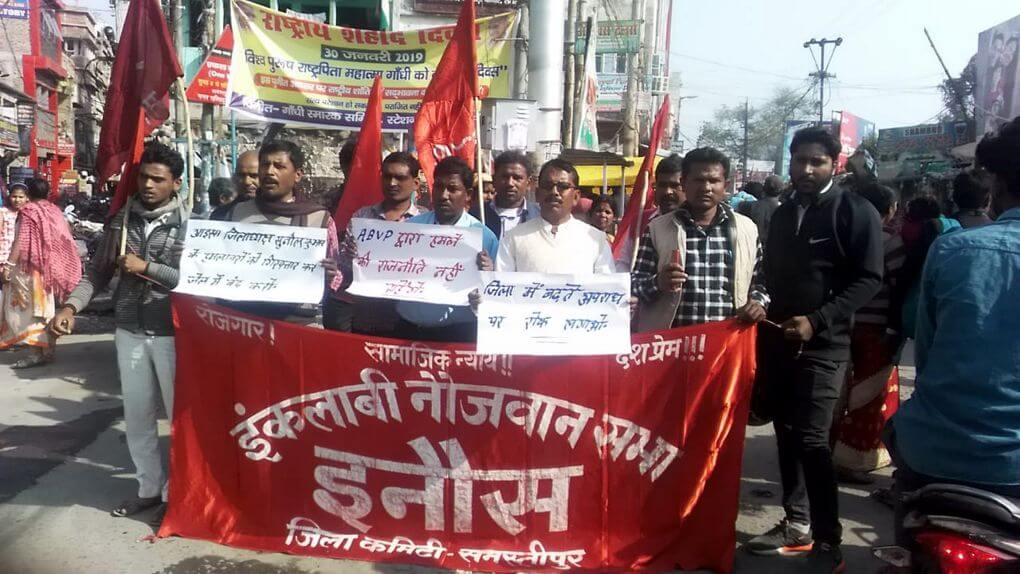 ON the evening of 18 February, AISA leader Sunil Kumar was brutally attacked by criminals with weapons, bricks and rods near Musapur village under Mufassil thana in Samastipur. Sunil was seriously injured in this life threatening attack. The criminals also tried to kill him by strangling his neck. The local people somehow managed to take him to the Sadar hospital. During the attack, his motorcycle, mobile, cash and a chain were also snatched. As soon as the news reached them, AIPWA district President Vandana Singh, CPIML leaders Ashok Rai and Surendra Pratap Singh and AISA leaders Manish Yadav and Avinash Rai, along with several other people and common students reached the hospital and informed senior officials and the police. Only after this the Mufassil police reached the hospital.

Com. Sunil, anticipating the attack had filed a report (S-210/10) through the SDO court. The leaders demanded that the culprits be arrested on the basis of this and took out a protest march on 19 February 2019. Hundreds of people joined the protest march led by AISA and Joint Student-Youth Front that started from the Patel Maidan in the city. The march culminated in a public meeting convened by AISA district secretary Chandan Kumar Bunty. The meeting was addressed by various student-youth leaders and also CPIML district secretary Prof. Umesh Kumar and Surendra Prasad Singh.