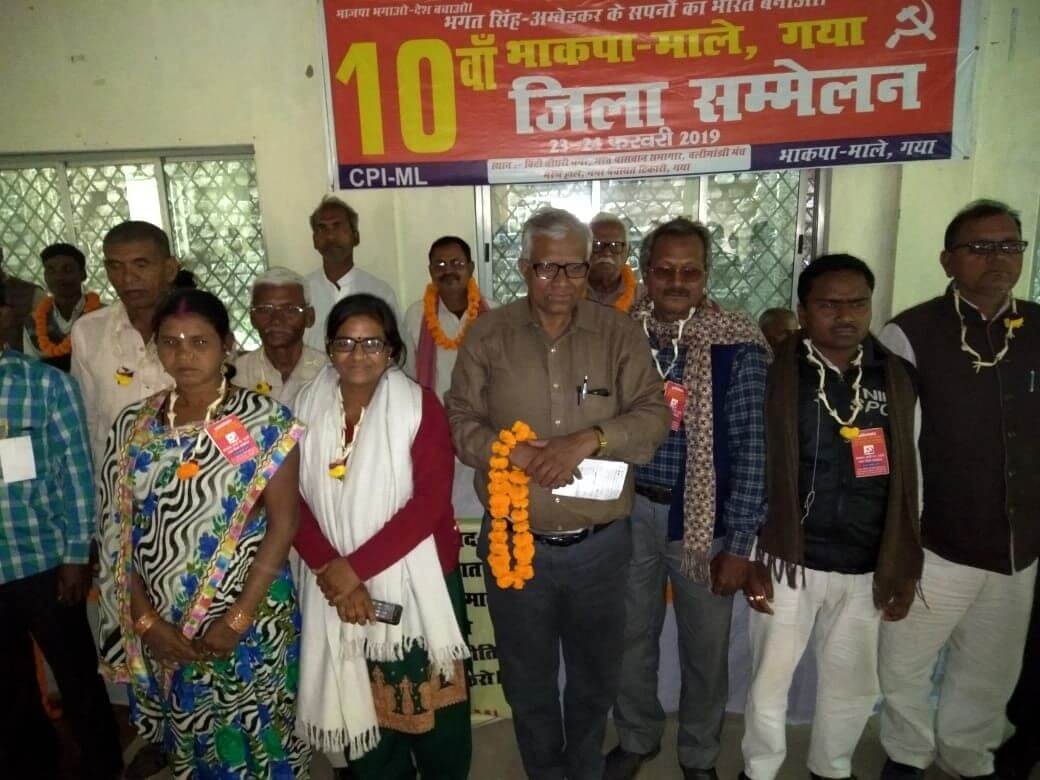 THE 10th district conference of Gaya was held on 23-24 February in Tikari Bazaar. The area where the conference was organized was named Com. Bindi Chowdhary Nagar. The conference hall and the dias were respectively named Com. Bharat Paswan hall and Com. Bali Manjhi Manch. The town was decorated with red flags and banners carrying slogans, for the conference. The conference began with Com. Ramjatan Sharma (former chairperson of the Central Control Commission) laying the foundation for the party office which was given the name of ‘Shahid-e-Azam Bhagat Singh Bhawan’. A march against hatred, violence and was frenzy was also held. Once the march reached the conference venue, the red flag was unfurled and a silent tribute was paid to all the martyrs of Indian revolution. Inaugurating the conference, Com. Ramjatan Sharma said that the entire nation was demanding an answer from PM Modi about the security lapse due to which CRPF Jawans lost their lives in Pulwama. However, he and the BJP-Sangh brigade was trying to incite hatred and war frenzy in the guise of attacks. Com. Amar spoke about the challenges faced by the party in Bihar. The inaugural session was followed by delegate session. During this session the families of the martyrs in the district were honoured. The outgoing secretary of the district committee Com. Niranjan Kumar presented the work report of the party, followed by a discussion on the same which continued the next day. The members of the presidium identified some key points in increasing the activities of the organisation and mass fronts and asked for suggestions. After the responses by outgoing secretary, the report was passed by the house. The outgoing committee proposed 25 names along with names of three women comrades which were passed by the house. Com. Niranjan was reelected as the secretary by the new committee. 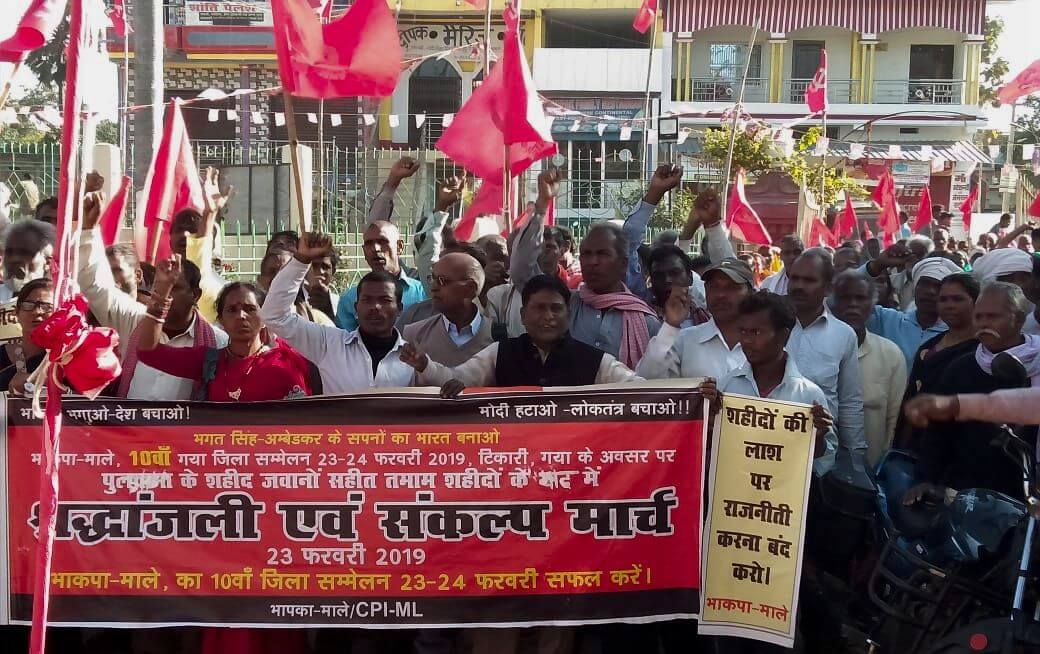