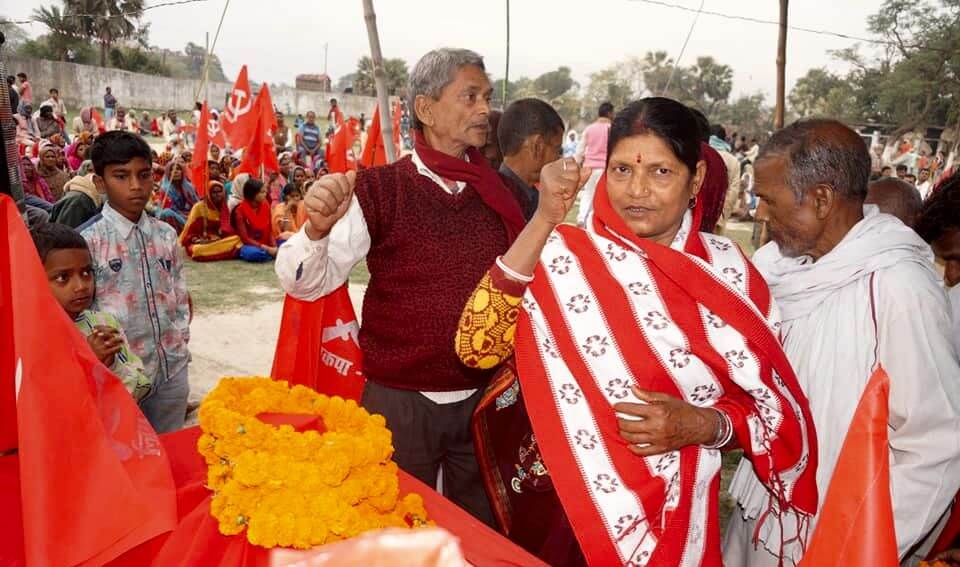 THE 7th district conference of Begusarai district was held on 24-25 February in Naula village in the district. The conference started with an open session in the form of a Public Meeting. The party workers and people who had gathered at the conference site held a procession raising slogans against jingoism and demanding jobs, wages and rights for people. Addressing the meeting, AIKM National Vice President Com. Shivsagar Sharma called to resist the Modi Government’s attempts to divert attention from its failures by muscle-flexing against Pakistan, and ensure the BJP’s defeat in the coming elections.

The outgoing district secretary Com. Diwakar Kumar presented the work report in the delegate session. This was followed by an intense discussion on the report and also on the current policies of the central and the state governments. Appeal was issued to organise a determined movement against communal fascism, the empty promises of Nitish-Modi governments and the alliance between feudal criminals and politicians in the district. A 21 member new committee was formed with Com. Diwakar Prasad reelected as the secretary. 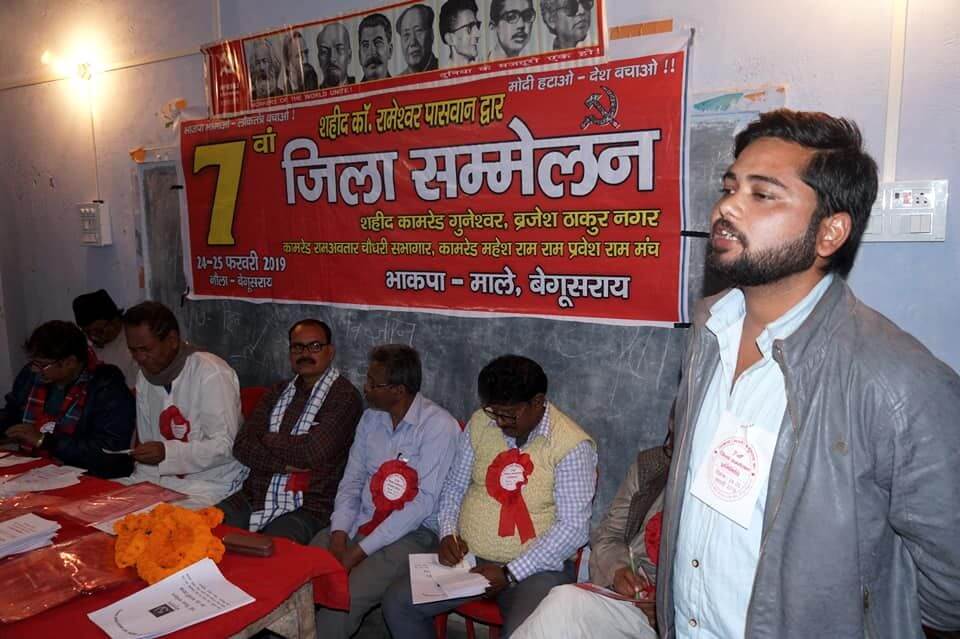