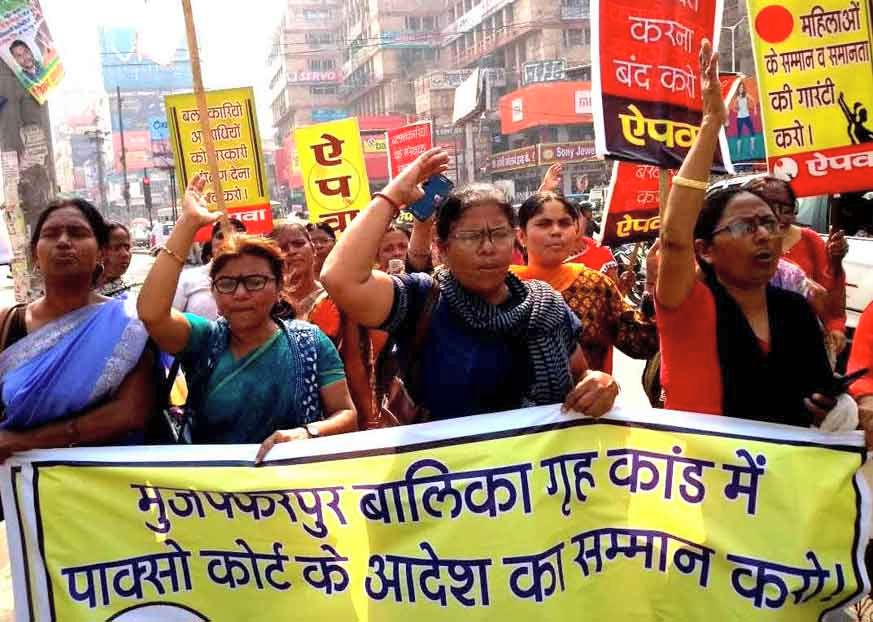 AIPWA has been intensifying the movement demanding the resignation of Bihar CM over the Muzaffarpur Shelter Home Case, now that even the CBI has recommended that his role be investigated. On 24 February, a high level team of CPI (ML) and AIPWA visited the Nazareth shelter home in Mokama where the survivors of the Muzaffarpur shelter abuse had been kept and suddenly seven girls were reported missing. The team included CPI (ML) CC member and Bihar state AIPWA president Com. Saroj Chaubey, Patna Nagar secretary Com. Anita Sinha, CPI (ML) district committee members Comrades Shailendra Yadav and Shrikant Sharma. The team found that the way seven girls were found missing from the Nazareth shelter home and then the report of six of them being found in a village in Darbhanga and one in Jainagar in Madhubani by the government instituted SIT came out, it strengthens the suspicion that there is a very little chance of justice being ensured as long as Nitish Kumar continues to the CM. The entire tale of the disappearance and then finding of the girls is unreliable and the entire episode is highly suspicious. The suspicion is further confirmed by the fact that four of these girls are prime witnesses in the Muzaffarpur shelter home case. This could easily have been an attempt to make the witnesses disappear. This incident took place after the CM had been named in the case and the statements of the girls were to be filed in the special POSCO court in Delhi. The Supreme Court must order the CBI to seriously investigate into the disappearance of the girls. 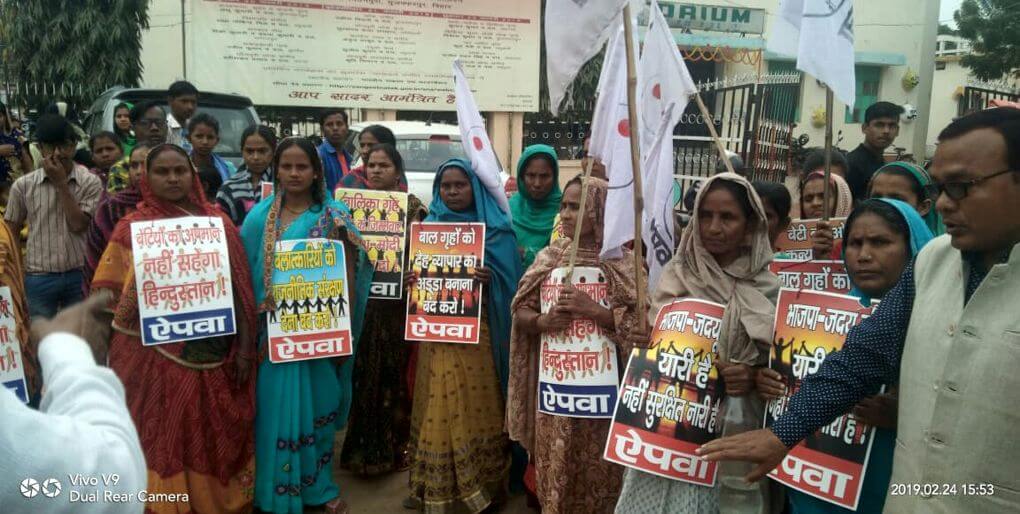 The fact finding team demanded that CM Nitish Kumar immediately resign from his post as an impartial inquiry is not possible till he continued to be on the post of CM. The team also shared that when they visited Nazareth shelter home, no one was willing to speak anything. Heavy security had been deployed outside the home and the no one was allowed to meet the girls. The Superintendent of Badh Police said that it is not possible to meet the girls and the team could meet the director, but when the team met her, the director said that there were orders from the top to not say anything. The team talked to local shopkeepers and people and inferred that such incidents were not possible without administrative complicity. The victims were not safe and despite the SC orders for investigation, an occurrence of this kind was very serious. 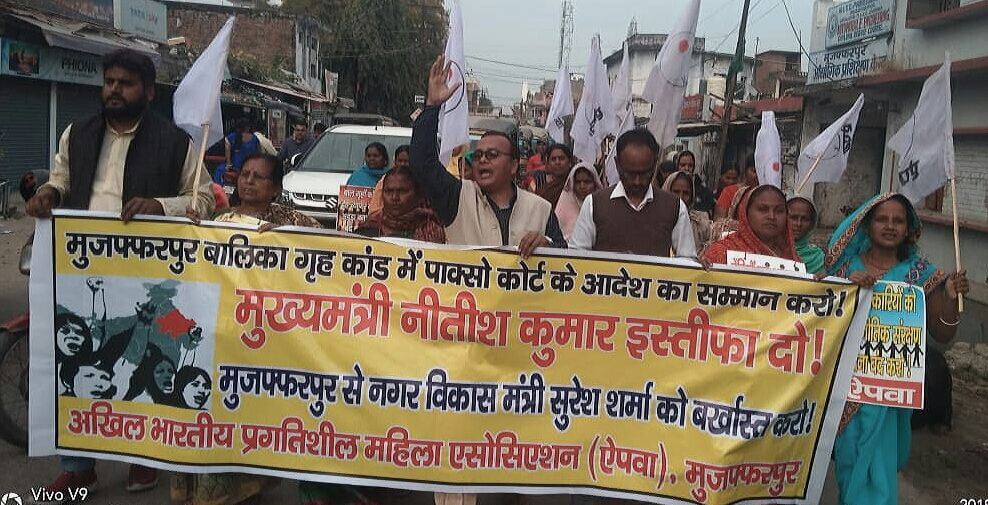 On 25 February, several women organizations took out a march from Dakbunglow chowraha demanding the resignation of Nitish Kumar. Addressing the protest meeting the women leaders said that moral ethics demanded that Nitish Kumar should have resigned by now, however he is stubbornly clinging on to his chair. The CBI has been trying to evade from the task of investigating the political patronage in the shelter home case, and it is for this reason that the CBI SP was removed in between. Expressing concern over the serious case of disappearance of the girls, they said that the girls were again being oppressed and exploited. They had no freedom and their living conditions had only worsened. They demanded that Nitish Kumar also be made an accused in the case. They declared that on coming 8 March, a state wide strike of women will be organized over this demand.