THE district committee of CPI (ML) called for a Jan Adhikar Sabha (Public meeting on people’s rights) in Garhwa town hall in Jharkhand. The main speaker for the meeting was CPI (ML) MLA in Bihar Assembly, Com. Mehboob Alam . The party has been running a campaign since one month in Garhwa on the slogan ‘Oust BJP- Save Poor, Save Reservation and Save Constitution. The public meeting marked the conclusion of the month long campaign. Addressing the meeting, Com. Mehboob Alam said that today standing in Garhwa, it appears that the dream with which the struggle for Jharkhand was fought and Jharkhand was formed, seems to have been betrayed. People of Jharkhand, especially the Adivasis, were supposed to be the richest in the country in terms of mineral resources, however, they are forced to withstand the misery of poverty and Jharkhand continues to be known for migration.  This is extremely unfortunate and shameful. The Jharkhand CM Raghuvar Das, under the patronage of PM Modi, is bent on converting Jharkhand into a site for loot for the rich and corporate houses. The Raguvar Das government has destroyed the domicile policy of Jharkhand because of which the youth of Jharkhand continue to face the increasing unemployment crisis and are forced to migrate. The Raghuvar Das led BJP government has also stopped the scholarships that were earlier available to Dalit, Adivasi and backward caste post matric students. This move is aimed at ending the access of Dalits, adivasis and backward castes to education. The government is also trying the snatch the land of farmers of Ranka Nagar subdivision and convert them into landless workers. This is being done to ensure both land and labour for the big capitalists, while workers are even denied the wages due to them. Rasoiya, helpers, para teachers and several other honorarium workers are being exploited and denied their right to dignified employment. 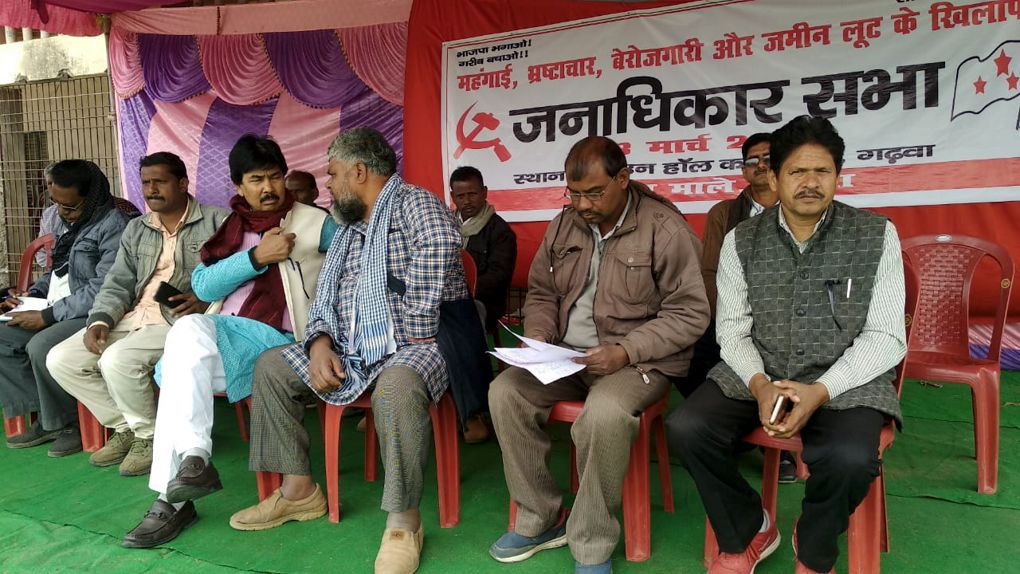