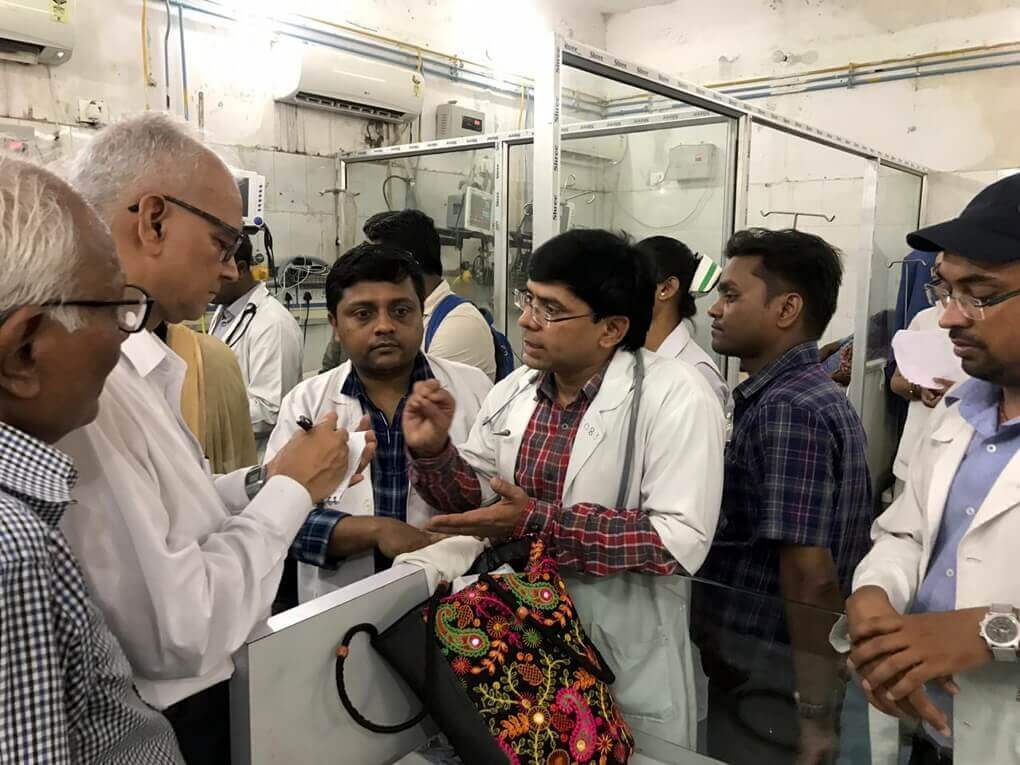 A State level CPI(ML) team led by Bihar State Secretary Comrade Kunal visited SKMCH at Muzaffarpur on 19 June 2019 and took stock of the situation. The team visited the children admitted in the PICU (Paediatric Intensive Care Unit) and the wards and spoke to the family members. It also met the Hospital Superintendent and the Paediatrics Department Head and discussed the subject of prevention of encephalopathy which has taken the form of an epidemic here. Earlier, a CPI(ML) team led by MLA Mahboob Alam also visited Muzaffarpur.

Increasing the ICU Bed Capacity to 200

The hospital had a 14-bed PICU which has now been increased to 50 beds. But even this is not sufficient as there are currently 96 children admitted in the hospital which means that there 2 children in one bed. The Superintendent said that all children could be treated properly and get relief if the number is increased to 200 beds.

The third suggestion was to attack the source of the disease. The government should make arrangements to ensure regular supply of clean water. If the glucose levels of the children is maintained properly and proper arrangements for food and nourishment are made for this, this epidemic can be controlled.

The team found that so far 372 children have been admitted to SKMCH, of whom 93 children have died. The death rate is 25% which is extremely dangerous. The hospital has a total of 21 paediatric doctors (10 doctors have presently been called in from outside); whereas there should be 1 doctor for every 2 or 3 children, and as per 8-hour duty there should be 90 doctors. There is also a shortage of paramedical staff and nurses. Some have been called in from other wards, due to which those wards are also facing a crisis.

The AC in ICU No. 3 was not working; 3 out of 5 generators are not working; the children who are removed from the PICU are sent to wards where not even a fan is available. The children are dying as much, if not more, due to negligence than to disease. The disease is known but not even basic facilities and arrangements are available. At the Primary Health Centres (PHCs) neither paediatricians nor ambulance services are available.

The party demanded that the Nitish Kumar Government sack Health Minister Mangal Pandey, and deal with this killer epidemic on war footing, recognising it as a public health emergency. The party demanded urgent measures to prevent the further spread of the epidemic, deployment of additional doctors and health workers to save the children of Bihar, and ICU services in District hospitals and Emergency services in Block level hospitals.