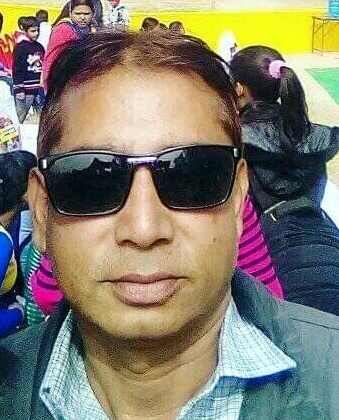 THEATRE artist Ajitabh left us on the night of 18 June 2019. He was the son of famous story writer Madhukar Singh. He was diabetic and had been ailing with fever for three or four days. When the doctor in Ara referred him to Patna, his family members took him to Patna. At 11 pm no doctor was immediately available, and he breathed his last there in Patna. He had not even completed 50 years of life.

Ajitabh was known as Saroj to his friends. He was a talented theatre artist associated with ‘Yuvaniti’. He also performed in plays under the banner of ‘Drishtikon’. According to the then Secretary of ‘Yuvaniti’ Sunil Sarin, Ajitabh became associated with ‘Yuvaniti’ around 1990 during a workshop conducted by Devashish Chakravorty. After that he used to travel from village to village performing in plays. He acted in stage plays like ‘Padchaap’, ‘Hazaar Chaurasiven ki Ma’, ‘Master Saheb’, and street plays like ‘Mera Nahi Tera Nahi Sabkuchh Hamara’, ‘Raja ka Baaja’, ‘Yeh kiska Lahu hai Kaun Mara’, ‘Jamun ka Ped’, ‘Batiya Sache Ha’ and many others.

Sunil Sarin reminisces that Ajitabh was very skilled in creating ‘on the spot’ stories. ‘Batiya Sache Ha’ was one such creation which was hugely popular.

The specialty of Ajitabh’s acting was that he was never under pressure. Many times he used to enhance the impact of a character by adding changes beyond the concept of the director. For example, while enacting the role of a villain in ‘Master Saheb’ he added a slight comic touch which acted as a perfect foil to the wickedness of the character. In the same play, he adopted the rare type of voice belonging to a senior CPI(ML) leader as the voice of that character. He himself was a member of the CPI(ML). It is an irony indeed that there was no proper employment in the present system for such a talented and versatile artist.

Ajitabh was an ever-cheerful artist. His pranks and his habit of making everyone around him laugh will never be forgotten. He will always remain in our hearts as our cheerful, talented friend and comrade. Jan Sanskriti Manch expresses heartfelt condolences at his passing.