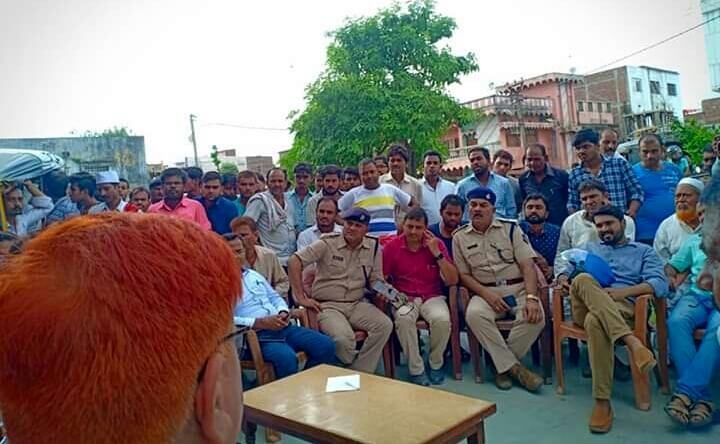 CPIML Bihar State Secretary Kunal has stated in a Press Release that the Bihar police has once again acted under pressure from communal forces in Damodarpur (Muzaffarpur), where rules and laws were thrown to the winds and the police, under pressure from ex-Minister Ajit Kumar and BJP-VHP, entered homes in the middle of the night and arrested innocent Muslims, of whom an old woman has died. The CPIML strongly condemns this atrocity by the police and demands a case to be registered against the guilty police personnel, release of the arrested innocent persons, an end to any such action in future against innocents, and strict action against Hindutva organizations and leaders who incite communal hate and violence. 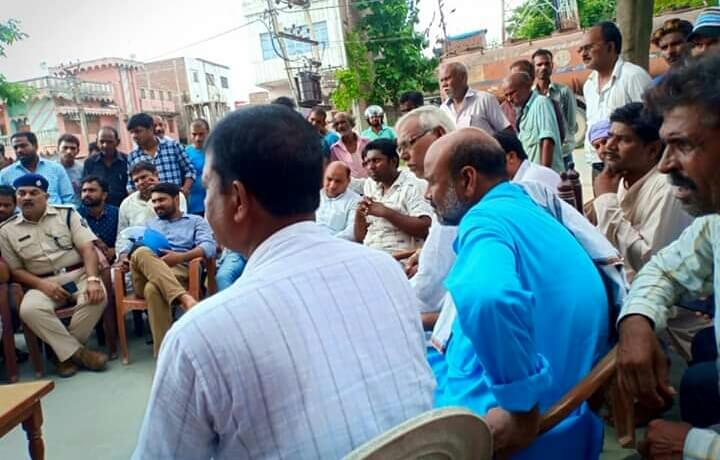 Police Atrocity in Damodarpur: A Report

A joint enquiry team visited Damodarpur village in Muzaffarpur on 13-14 August 2019, met the common people there, and spoke with officials from the police and the administration to find out the facts of the incident which occurred there. During the enquiry, they had some arguments and sharp words with administrative officials who had come to Damodarpur. The fact-finding team comprised CPIML Muzaffarpur City Secretary and Insaf Manch State President Suraj Kumar Singh, Insaf Manch leaders Aftab Alam, Aslam Rahmani, Zafar Azam, Raiyyaz Khan, and AISA leaders Vikesh Kumar, Deepak Kumar and Ajay Kumar.

After talking with the local people, the following was the sequence of events that came to light:

On the morning of 12 August (Bakrid), members of the Muslim community from Chakmurmur, Shubhankarpur, Damordarpur Western Tola had gathered at the Idgah Chowk near Damodarpur Main Bazaar, located 4-5 kms from Muzaffarpur in West Kanti Block, to read Namaz for Eid. At the same time, a group of ‘Bolbum’ chanters (for the occasion of the last Monday or Somvar in the month of Sawan) arrived there with a DJ and started chanting religious victory chants. The Muslims present there as well as the police asked them not to play DJ with religious chants, but the ‘Bolbum’ group remained adamant and then started bickering and arguing. The police and some local people tried to push the DJ equipment and move it a little ahead, but the ‘Bolbum’ group became aggressive. The police tried to persuade and move them but the uproar only escalated. People from neighbouring Chakmurmur and Shubhankarpur villages also came there and joined the ‘Bolbum’ group in pelting stones at the police and the people standing at the Idgah Chowk. By then, senior city officials also reached there and tried to pacify matters. But the ‘Bolbum’ supporters who had gathered there in hundreds continued to pelt stones and even injured many police personnel. Finally, the police resorted to lathi-charge in order to drive away the miscreants. The miscreants could be driven out only after the DM, SP, DIG and Commissioner arrived at the spot. Five miscreants were arrested by the police.

From behind the scenes, former Kanti MLA and former Nitish government Minister Ajit Kumar (who was in HAM Party before the Lok Sabha elections but announced his departure from Ham Party during the Lok Sabha elections) accused the police-administration of bias and excesses against the ‘Bolbum’ group and started inciting people. The talk is also that Ajit Kumar was from the beginning engineering the whole incident in his own political interest.

However, the police-administration called social activists from both sides along with local representatives, appealed to the people to maintain peace, imposed Section 144 and deployed a large force of police personnel in the area. The police registered an FIR with 41 named persons (from both sides) and 500 unknown persons.

No untoward incident occurred in the area on the morning of 13 August and the shops in the Chowk were open. But about a dozen VHP people jammed the crossroads at Bairiya Bus Stand (situated at some distance from the area), accusing the police of bias and demanding action against the minorities for beating up ‘Bolbum’ people and breaking their DJ equipment. After this, the police came out in their true colours.

On the night of 13 August the police forcibly entered Muslim homes in Damodarpur Main Bazaar and started abusing and beating up the people. People say that they even chanted slogans of ‘Jai Shri Ram’. 11 Muslims were arrested. The door of one home was broken open and two brothers were arrested; when their mother objected, she was also beaten up and pushed so hard that she was seriously injured and died in the hospital the next day. Notably, the Muslim community members were not even present at Idgah Chowk on 12 August; they were reading Namaz in the mosque located in the Bazaar itself. There is a good number of Muslim population here and Hindutva organizations often try to create trouble and trap them falsely. One year ago also, a conspiracy was hatched to spread communal tension here.

On the night of 13 August 6 Muslims and 6 Hindus (from dalit and backward sections) from Chakmurmur and Shubhankarpur villages were arrested and sent to jail.

Angered by the arrests from Damodarpur Bazaar Mohalla and the death of a woman during the action, members of the Muslim community jammed the Damodarpur Main Road. After talks with the SDO and senior police and administrative officials, the two arrested sons of the woman who died during the beating were released. However, the situation there continues to be tense.