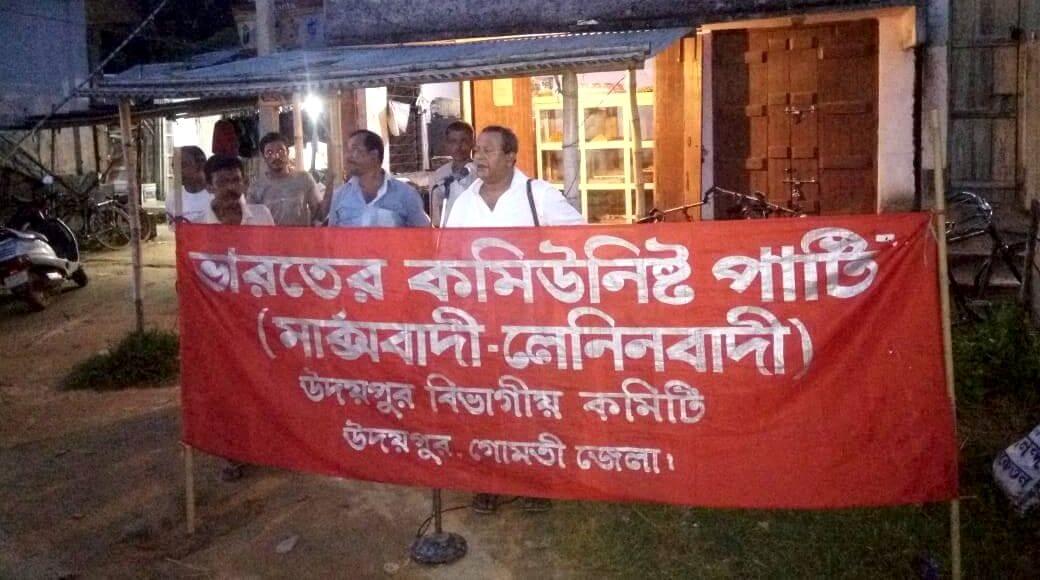 DEFYING the terror unleashed by the ruling BJP, the CPIML in Tripura held a mass contact campaign and a public meeting at Khilpara Bazar in Udaipur. They campaigned to raise 15 demands: including the immediate repeal of the inhuman decision to hike health care tariffs in government hospitals, as well as repeal of hiked electricity tariff, the drinking water tax, filling up of vacant government posts, no retrenchment of scheme workers, Rs 340 minimum wages and 200 days job under MNREGA, the repeal of the National Security Act and other draconian laws, no NRC in Tripura and West Bengal, and scrapping of the Citizenship Amendment Bill (CAB). The campaign also underscored the need to save democracy and the Constitution from the communal fascist BJP.