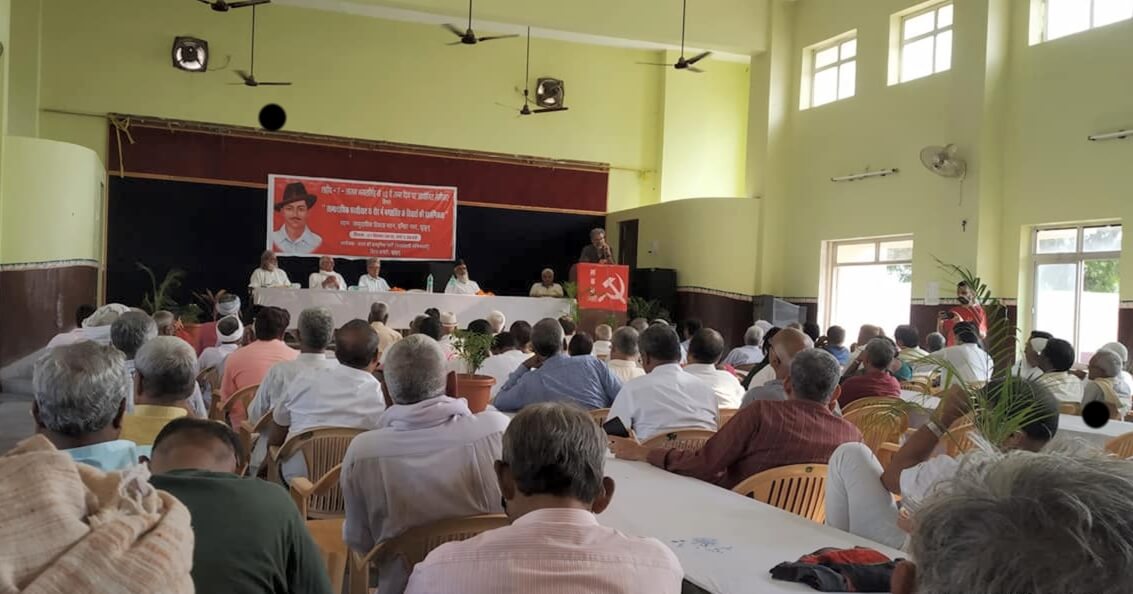 ON 27 September, Bhagat Singh’s birth anniversary, the CPIML held a public meeting in Jhunjhunu, Rajasthan on the relevance of Bhagat Singh in today’s India.

At the meeting, CPIML General Secretary Comrade Dipankar Bhattacharya felicitated Dr Ghasi Ram Verma, mathematician and philanthropist who taught at the University of Rhode Island, and who hails from Jhunjhunu. 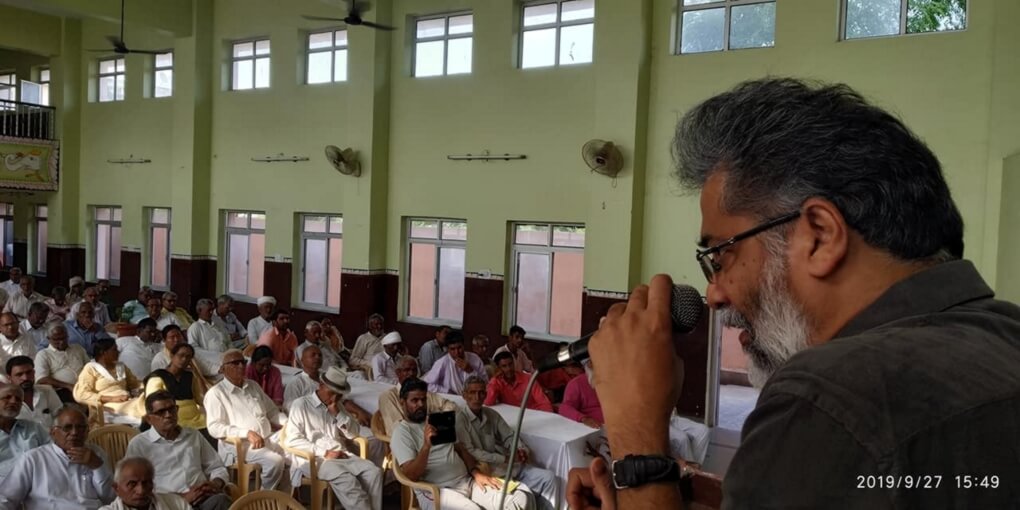 Comrade Dipankar also spoke about Bhagat Singh’s politics – courageous, Marxist, anti-imperialist, anti-caste, committed to communal harmony; and that of Savarkar and the Sangh – communal, cowardly, pro-British, pro-Hitler. He called for those who stand with Bhagat Singh’s ideas today to unite against those who are propagating the hateful politics of Savarkar, Godse and the Sangh. 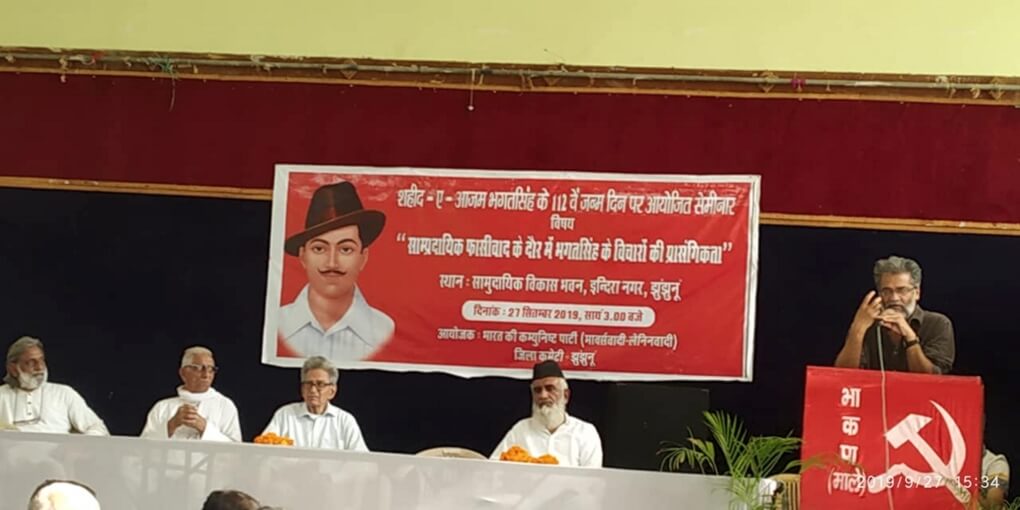 A youth meeting was organized at Lalkuan, Uttarakhand to observe the birth anniversary of Shaheed-e-Azam Bhagat Singh. This was addressed by CPIML District Secretary Kailash Pandey who said that Bhagat Singh’s ideology is more relevant than ever in today’s times the youth of today need to fully assimilate his thoughts. Today the ruling class is trying to retain power by spreading communal and casteist ideology through its organizations which spew venom based on caste, religion, gender and language; at such a time, Bhagat Singh’s articles ‘Achhut Samasya’ (The Problem of Untouchability) and ‘Sampradayik Dange aur Unka Ilaj’ (Communal Riots and their Remedy) show society the correct direction. All ruling class and power-hungry organizations make a show of remembering Bhagat Singh on his birth and death anniversaries, but they forget his ideology and his thoughts. If his ideology is implemented, India will become one of the foremost countries socially and economically, and all forms of oppression will be ended. But the ruling class wants to keep alive capitalist and feudal oppression, which is why they remember Bhagat Singh but not his ideology. Bhagat Singh wanted a freedom where farmers and workers (who make up 90% of the population) would rule the country. Gopal Singh said that Bhagat Singh’s ideology would act as teacher and guide for future generations of the country. A collective reading of Bhagat Singh’s article ‘Vidyarthi aur Rajniti’ (Students and Politics) was also held.

Similar programmes were held in all the states remembering Shaheed-e-Azam Bhagat Singh.