Protests in Solidarity with the JNU Struggle 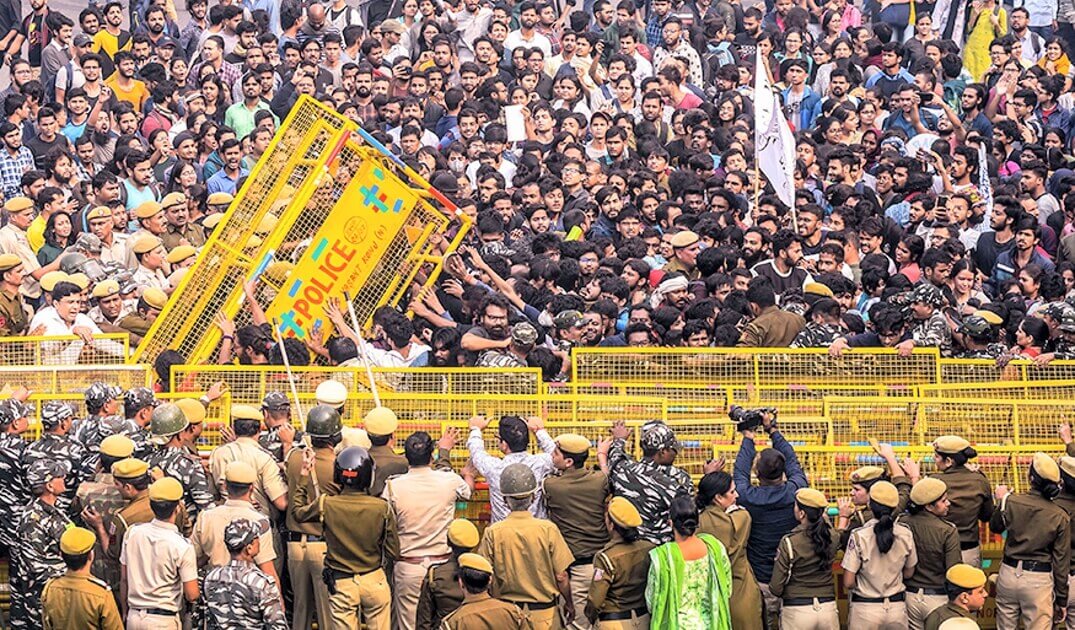 Attack on students in West Bengal:

As part of AISA'S National Protest Day against crackdown on JNU Students, AISA’s protest demonstration in Bali, West Bengal faced brutal attack by BJP hooligans. AISA leaders Swarnendu Mitra and Subhadeep along with several other comrades were severely injured. AISA ex-President Sucheta De strongly condemned this attack saying that the BJP is so provoked with students’ demand of revocation of the hiked fee and the demand that the gates of our universities must be kept open for the poor and the underprivileged, because the government is adament to shut down public funded universities to facilitate private universities like Ambani's Jio. The fire that has been ignited by JNU for affordable education for all will not be stopped and we will reclaim our right to education at all costs, she added.

Earlier, on 14 Nov. AISA units at many centres in all the states held out protest demonstrations in solidarity with the movement in JNU. They demanded to address all the issues raised by JNU students which genuine reflect the concerns of student community in whole country against the highly regressive changes by the Modi government. The students in all the places also raised their demand to immediately withdraw the Draft New Education Policy. 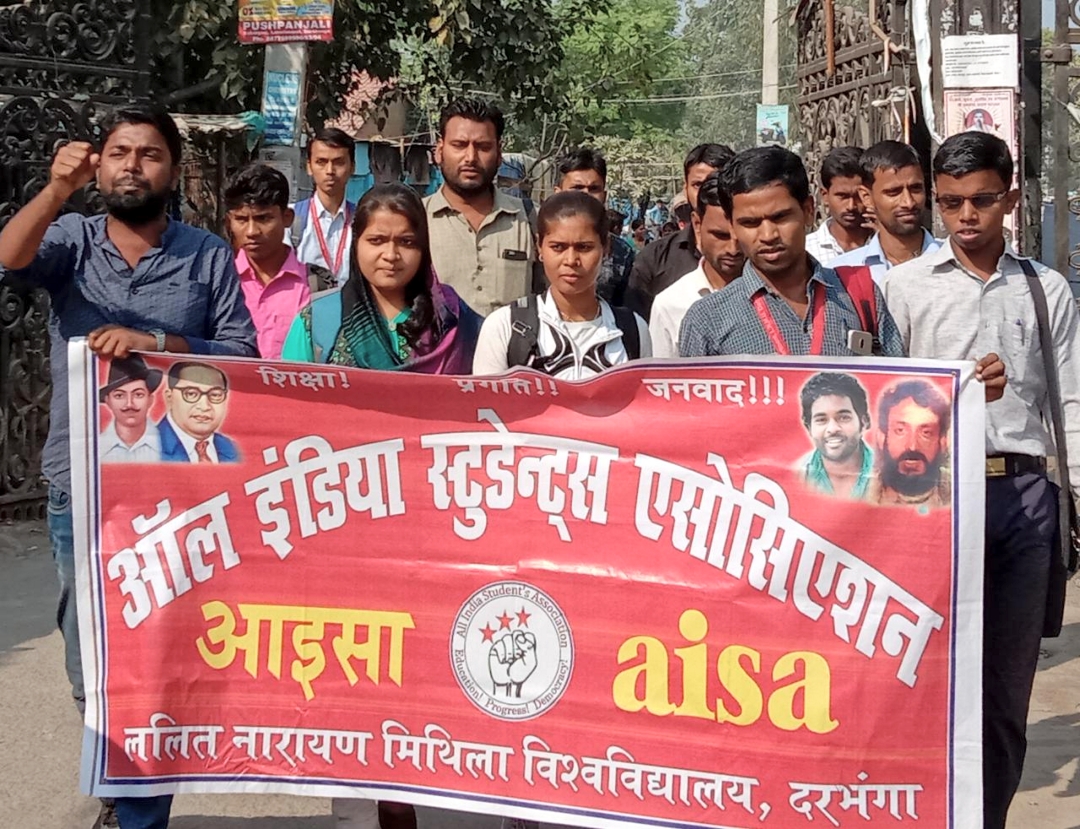 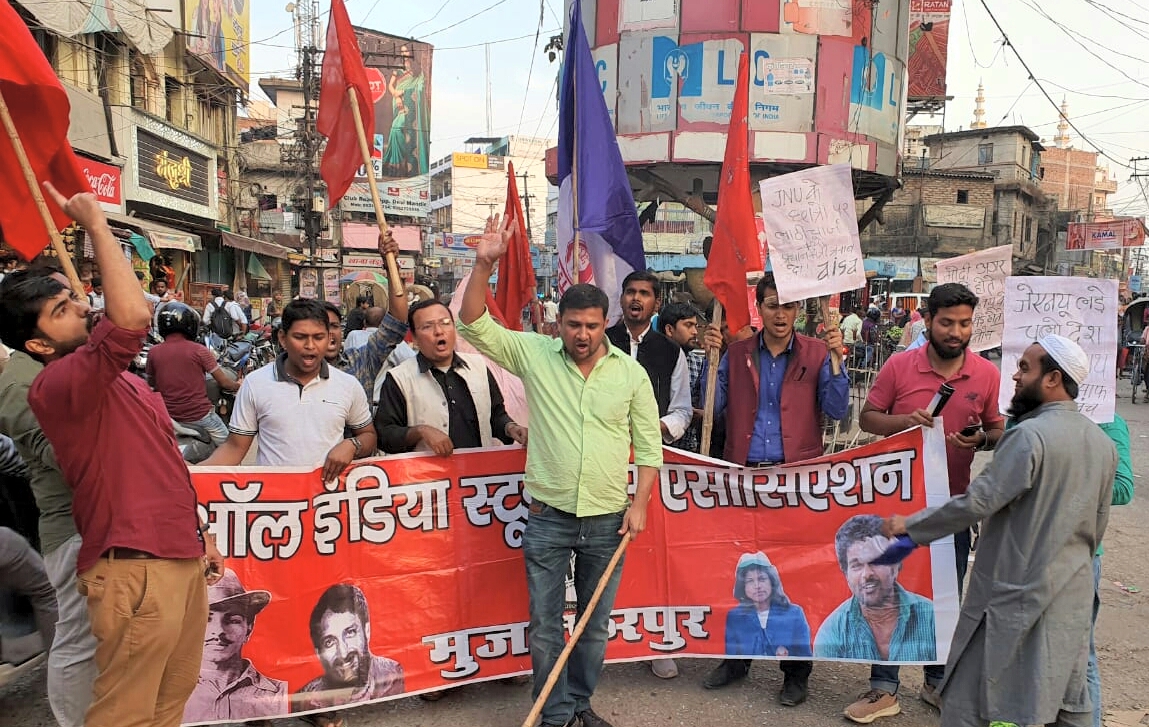 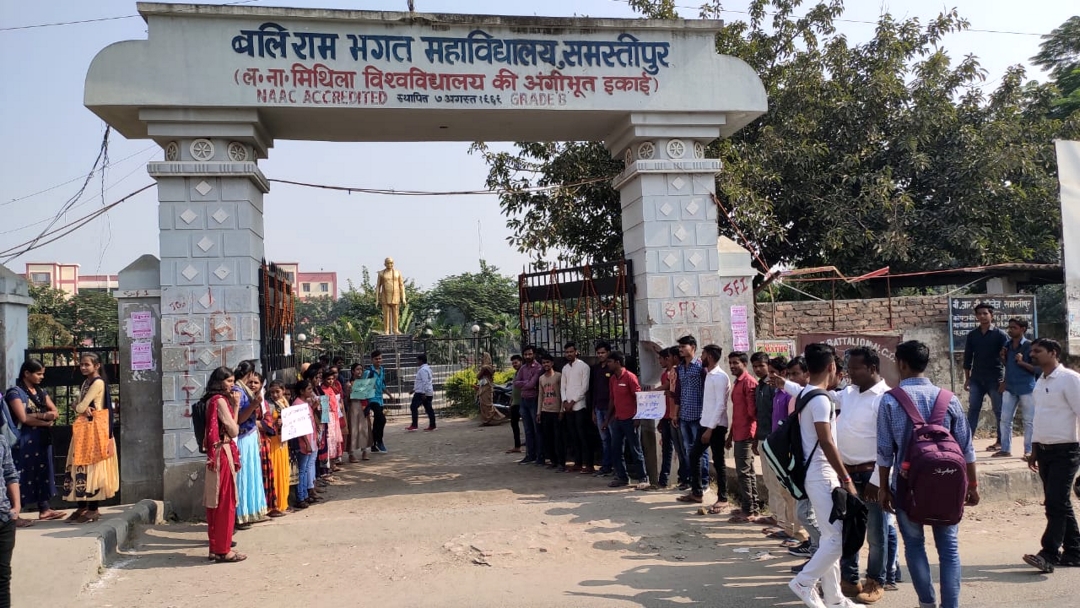 In Darbhanga, AISA held a march from the LNM University to the Bhogendra Jha Chowk which was led by Vishal Manjhi. A protest meeting was held later which was presided over by district president Prince Raj who opposed repression on JNU students as well as the ongoing attack by the government on the basic right to education of the students from poor and economically weaker sections.
Similar protests were organised in all the major centres of Bihar.

Protest at Lucknow University: The Lucknow unit of All India Students Association (AISA) along with other student organizations organized a protest meeting on 14 November in support of the protesting students of JNU. The meeting was organized as part of the program in response to AISA’s call for countrywide support to JNU students. AISA condemned in the strongest terms the steep fee hike in government Universities and colleges and IITs, the format of the New Education Policy 2019, and the brutal lathi charge on the protesting JNU students.

AISA leader Shivam Safir said that under the format of the new education policy the government wants to ensure that the poor, women, adivasis and minorities are kept out of public universities. Students who protest against this anti-student policy are brutally repressed and lathi charged. This is an attack on democracy and will not be tolerated. 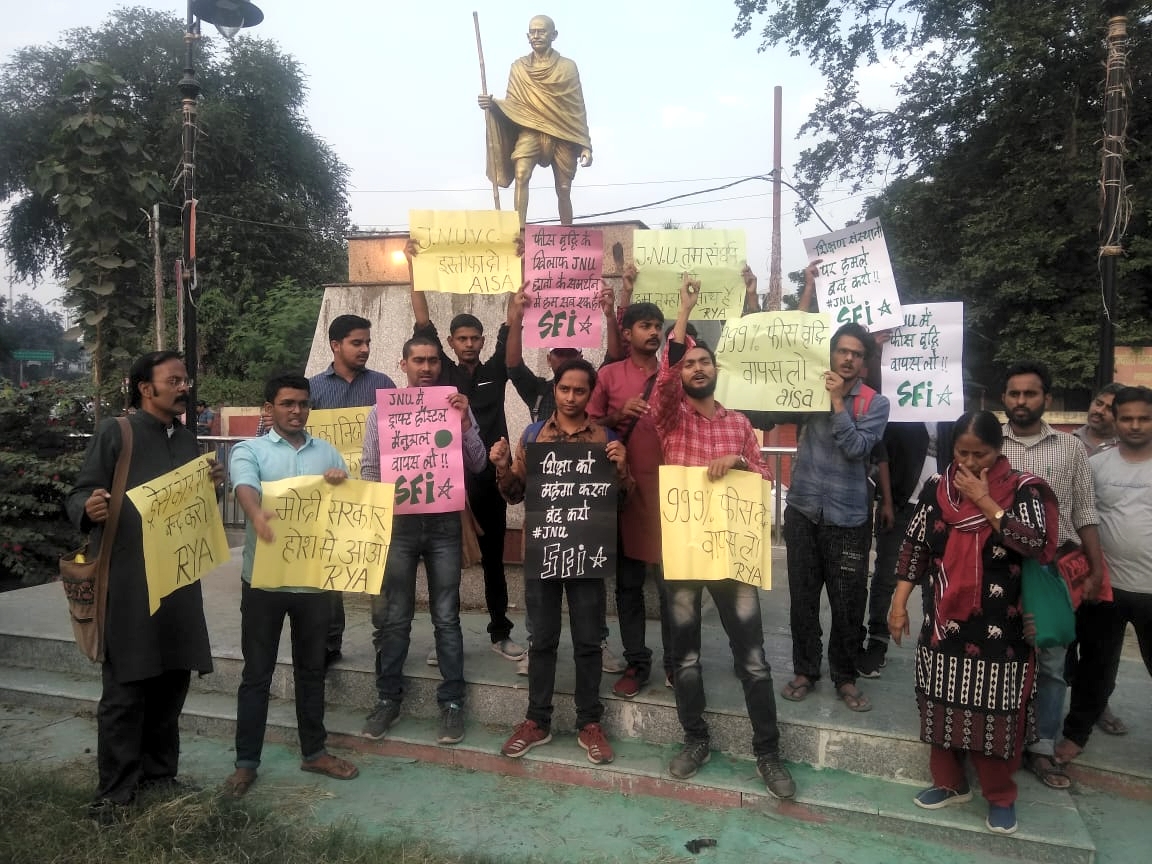 AISA leaders Sana and Shiva strongly criticized the new dress code and hostel curfew and said that this proposed draft is totally unconstitutional and driven by patriarchy; no administration can be allowed to snatch away the basic rights of what we can wear and what we can eat. This government is bent on strangling democratic rights in the country and is trying to silence democratic voices.

AISA demands that the proposed fee hike in universities across the country should be rolled back and reaffirms AISA’s commitment to always raise their voice for campus democracy and affordable and quality education.

AISA submitted a memorandum to the Proctor addressed to the Governor with the above demands. Participating in the protest were AISA leaders Sana, Saumya, Shivam, Ayush, Shiva, Pankaj, Ritwik, Shikhar, Nitin Raj, and leaders from other student organizations including Mahendra, Lalu Kanaujiya, Priyanka, Mahesh Yadav and others.