70th Anniversary of the Adoption of India’s Constitution: Save Constitution, Save Democracy 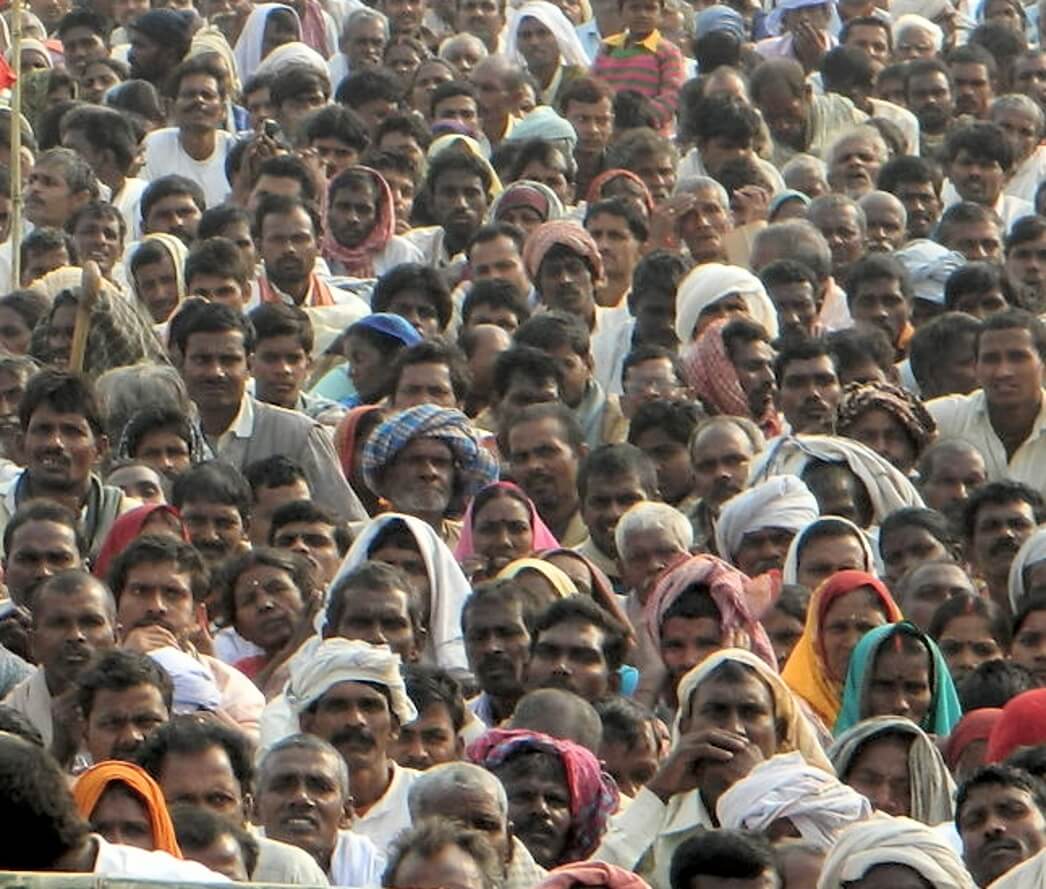 ON the 70th anniversary of the adoption of India’s Constitution, all eyes were focused on the Supreme Court. For the two preceding days, the apex court was dealing with the writ petition filed against the Maharashtra Governor’s shocking decision to swear in Devendra Fadnavis in a most conspiratorial fashion soon after the NCP, Shiv Sena and Congress had formally announced the formation of a post-poll coalition which clearly had the required majority to form government. On 24 November, the court gave a day’s time to the government side to submit the letters of support and the next day, the court reserved its order. The BJP thus clearly got two crucial days to try and manage the numbers. On the third day, the SC finally showed some urgency and strictness, asking the government to submit itself to an open floor test by 5 PM of 27 November and called for live telecast of the Assembly proceedings. The very order of an early floor test was enough to call the BJP’s bluff and Fadnavis had little other option than to resign.

The Supreme Court judgment thus saved the Constitution from what would have been a complete mockery of the established norms of government formation. The apex court however did not say anything explicitly about the brazenness with which the Governor had chosen to swear in the CM and his Deputy in an utterly clandestine and conspiratorial manner. The whole operation was nothing but a coup executed in the darkness of the night. President’s Rule was revoked even before the Sun rose, with the PM assuming Emergency powers to bypass the mandatory requisite of a cabinet recommendation for this purpose. There was no representative from the public broadcaster to cover the swearing-in, the announcement of the new government was made on Twitter with Modi congratulating the new regime and the latter thanking the former! Far from questioning this shocking abdication of constitutional norms, the dominant media began eulogising the brazen skulduggery of Amit Shah as the strategic acumen of the legendary Chanakya. Ironically now that the plot has failed, the blame is for Devendra Fadnavis alone to take with no fingers being raised against the Modi-Shah duo that plotted the failed expedition.

Be that as it may, the failure of the most brazen power-grabbing expedition of the Modi regime, howsoever temporary, means a much needed breathing space for India’s beleaguered democracy in its ongoing battle with the fascist offensive of the Sangh-BJP brigade. The Fadnavis government had resurrected the memories of the brutal and regressive Peshwa rule in Maharashtra. The violence let loose on Dalits celebrating the bicentenary of the defeat of the Peshwa army in the Bhima-Koregaon battle when Mahar soldiers had fought under the British Army to end the reign of Peshwa domination and social oppression, and the subsequent witch-hunt of Dalit activists and human rights campaigners by accusing them of plotting to kill Narendra Modi, only sharpened this social anger against the Fadnavis government. The utter indifference and refusal of the regime to address the raging agrarian distress in the state added fuel to the fire and in large parts of rural Maharashtra the BJP-Shiv Sena alliance faced an utter rout in these Assembly elections. It is this backdrop of mass anger against the Fadnavis regime which has now led to this spectacular failure of the Modi-Shah mission to grab power in Maharashtra.

The Maharashtra fiasco has shattered the media projection of Amit Shah as the BJP’s Chanakya. The aura of invincibility of the BJP under the Modi-Shah duo has now begun to evaporate. The message should ring out loud and clear in poll-bound Jharkhand where the BJP-AJSU pre-poll tie-up has already broken, and more crucially the incumbent Chief Minister Raghubar Das is being challenged in his home constituency by none other than rebel BJP minister Saryu Rai. The Raghubar Das regime is widely seen as a regime of ‘bhay, bhookh aur bhrashtachar’ (fear, hunger and corruption – the three evils that the Vajpayee-era BJP had famously promised to eliminate) and the BJP’s Maharashtra debacle should encourage the Jharkhand electorate to deliver a more emphatic anti-BJP verdict.

Beyond the immediate electoral context of Jharkhand, the Maharashtra developments should serve as a wake-up call for every citizen who cares for the constitutional framework of India’s democratic republic. Ironically, it was the Modi government which started the official celebration of November 26 as India’s Constitution Day since 2015. The government infamous for its empty and hypocritical rhetoric has chosen to camouflage the most systematic assault on the basic values and structure of the Constitution by paying a loud lip-service to the Constitution and Dr. Ambedkar, who had chaired the Constituent Assembly that drafted and adopted the Constitution. Ambedkar wanted Indian citizens to treat the Constitution as a weapon for social change and warned that the Constitution, with all its lofty objectives and solemn promises, would only be as good as the people entrusted with the responsibility of enforcing it.

Today the Constitution is being violated at every step in every sphere. The act of stripping Jammu and Kashmir of its statehood and robbing the people in the valley of their basic democratic rights has been a body blow to the spirit of the Constitution as has been the Supreme Court verdict on the Ayodhya title suit. The NRC in Assam has inflicted unprecedented insecurity and hardship on the residents of the state and detention camps are proving to be a slaughterhouse of justice and human rights with as many as 28 reported deaths, but far from managing this disaster the Modi government is bent upon replicating it across the country along with a thoroughly communal amendment to the basic framework of Indian Citizenship Act explicitly tilted against India’s largest religious minority. The directive principles had visualised India as a welfare state, but the Modi government is systematically privatising all industries and services, leaving the people at the mercy of a market dominated and manipulated by corporate plunderers.

Seven decades since its adoption, the Constitution of India thus faces its most difficult test as the people at the helms of power are systematically subverting it, robbing citizens of their rights and effectively reducing them to the status of subjects governed by a despotic monarch. Ambedkar’s prophetic warning has never rung so true. We the people of India have to reaffirm the basic values and goals of the Constitution with all our might.