THE All India Kisan Mahasabha organized a dharna on 14 November 2019 at eight District HQs in the Sone Canal Command region. The farmers’ demands included: speedy construction of the Kadvan Dam Indrapuri Reservoir; modernize the Sone canals and ensure supply of water till the lowest end; remit the amount announced as compensation to all drought-affected farmers without delay; Rs 5000 as old age pension to all farmers above the age of 60; Rs 20,000 advance input subsidy per acre as is given in Odisha and Telangana. Prior to the dharna, farmers’ meetings in hundreds of villages and dozens of Block level conventions were also organized.

The dharna at the Aurangabad District HQ was addressed by AIKM National General Secretary Raja Ram Singh. He said that 40% of the Sone Command region is under drought due to the anti-farmer policies of the government and betrayal of promises to construct the Kadvan Dam. He also spoke in support of the JNU students’ protest against fee hikes that are a conspiracy to keep the poor out of education. Farmers’ meetings in Aurangabad District were led by Raja Ram Singh, Janardan Prasad, Kamta Yadav, Satyendra Prasad, Ajay Mehta, Raj Kishore Verma and others. 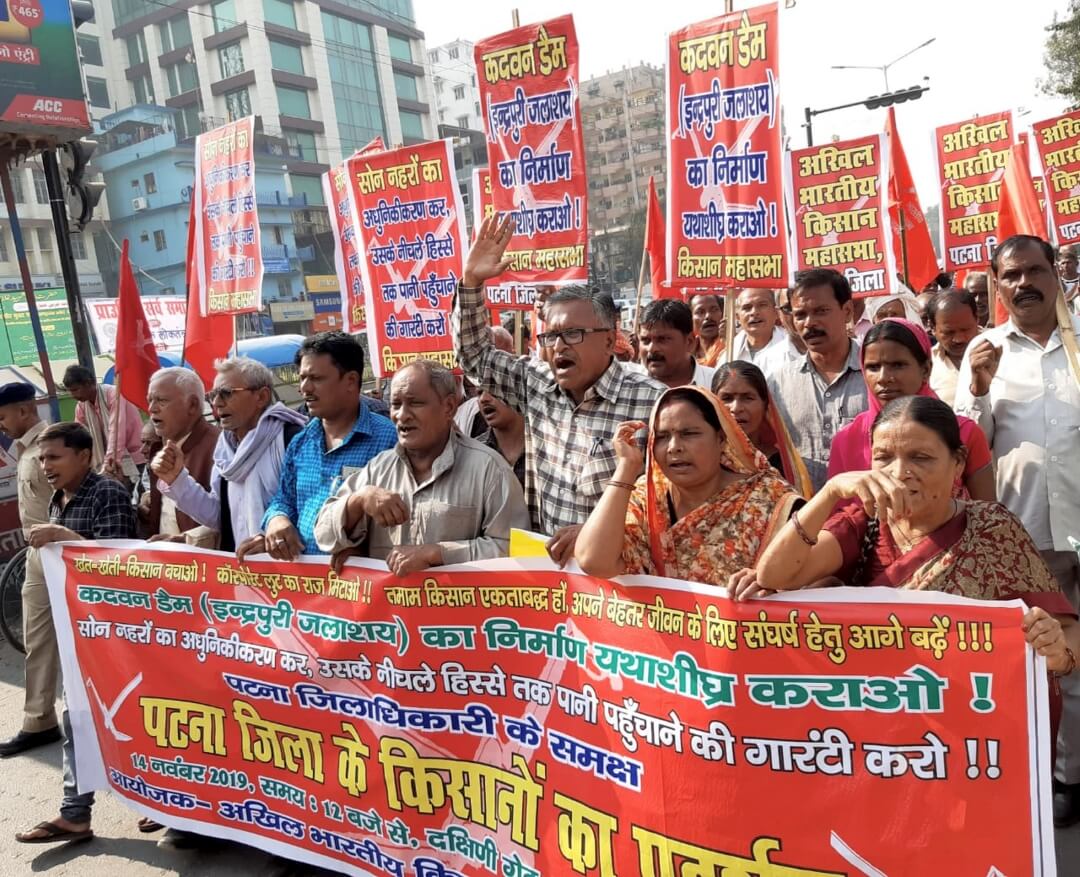 The dharna at the Patna District HQ was stopped by the police before they reached the Collectorate, but the protest was held at the spot and a memorandum submitted to the Collector. The dharna was led by AIKMS State Joint Secretaries Umesh Singh, Kripa Narayan Singh, Rajendra Patel and other leaders. Earlier, farmers’ meetings were held at Paliganj, Dulhin Bazaar, Bikram, Naubatpur, Masaurhi, Bihata and other Blocks. Block level farmers’ conferences were also organized. 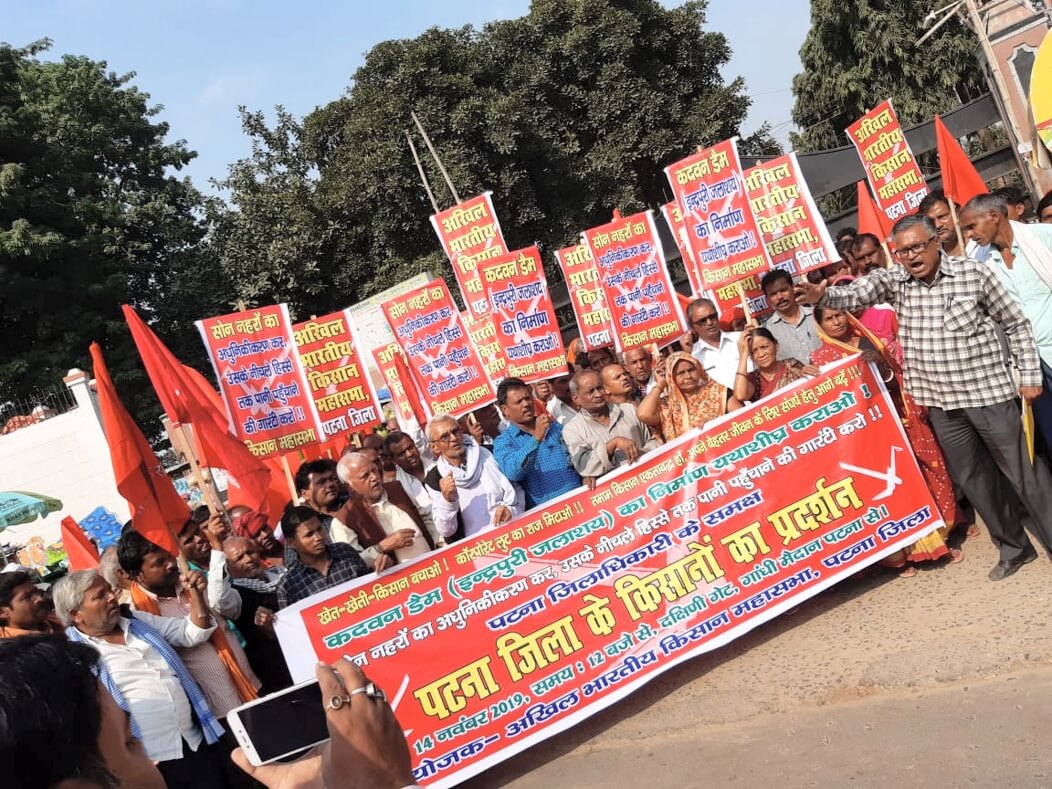 In Bhojpur District a mass rally was held at Piro. Farmers’ meetings were organized at Piro, Sandesh, Jagdishpur, Agiaon, Tarari, Sahar and other Blocks, led by MLA Sudama Prasad, former MLA Chandradeep Singh and others. Farmers’ conventions were held at Tarari, Sandesh and Ara. 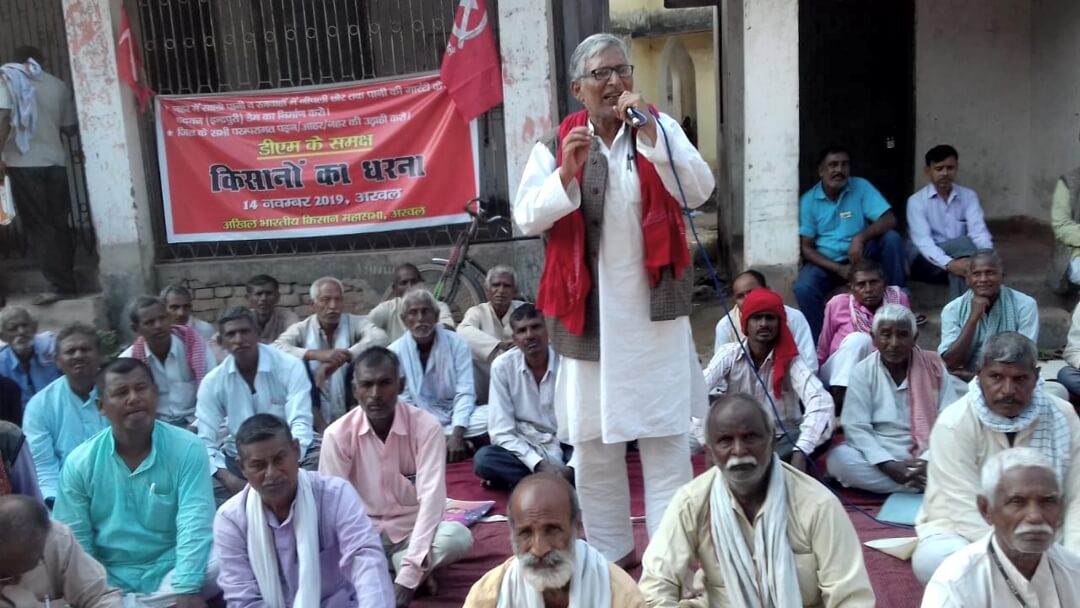 The dharna at the Arwal District HQ was addressed by AIKM National Vice President Shivsagar Sharma, Rajeshwari Yadav, and others. Farmers’ meetings were also held at Khamaini, Koriam and other villages.

Dharnas in the District HQs at Jehanabad, Vaishali and Kaimur were held, and memorandums with the farmers’ demands were submitted to the District Collectors. 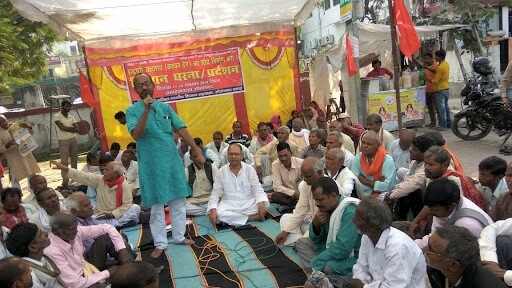