Against Reign of State Terror in UP 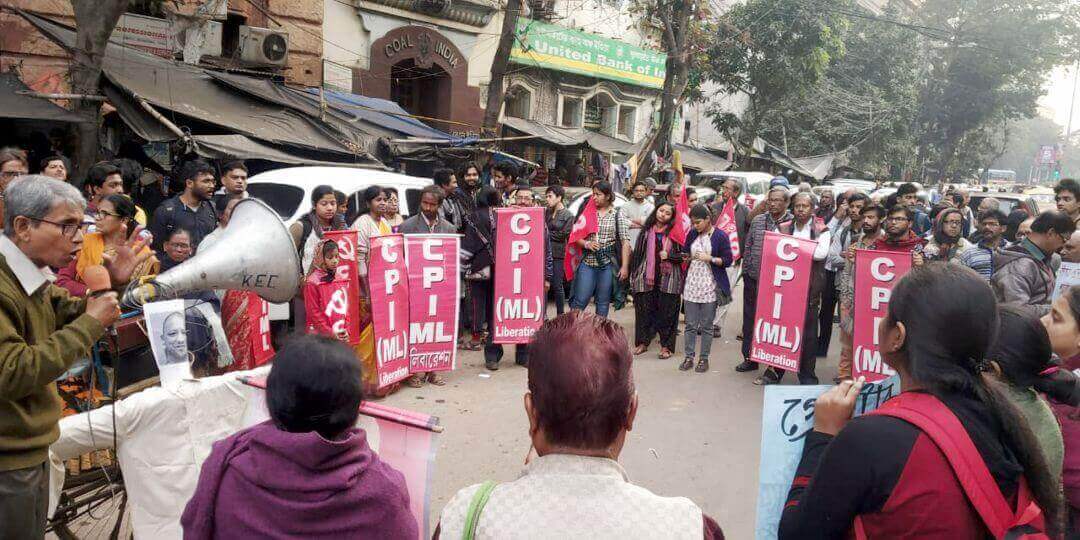 Countrywide protests were held on 30 December condemning brutal repression by Yogi Adityanath government on common people and protesters as ‘revenge’ for taking part in peaceful anti-CAA demonstrations. Protests called by CPIML were held in many states, and effigies of Yogi were burnt in many states. Uttar Pradesh is facing extreme repression where activists, eminent personalities, many CPIML leaders are illegally jailed, while minority localities in many cities across the state have been targeted, houses attacked, hundreds of innocents arrested, tortured, maimed, and even killed by Yogi’s police. The terror still continues.

Voices were raised from all corners of the country to stop reign of terror in Uttar Pradesh, to end brutal repression & police atrocities on innocents, and the UP Govt must act lawfully and stop subverting law & order and attacking peaceful protesters and the common people.

It is demanded by the CPIML that Yogi Adityanath must quit from Chief Ministership and an independent inquiry by a Supreme Court constituted SIT be instituted into the incidents of violence and killings by police and paramilitary in UP. The Party has demanded to release all arrested protesters who have been framed in various serious false criminal sections. 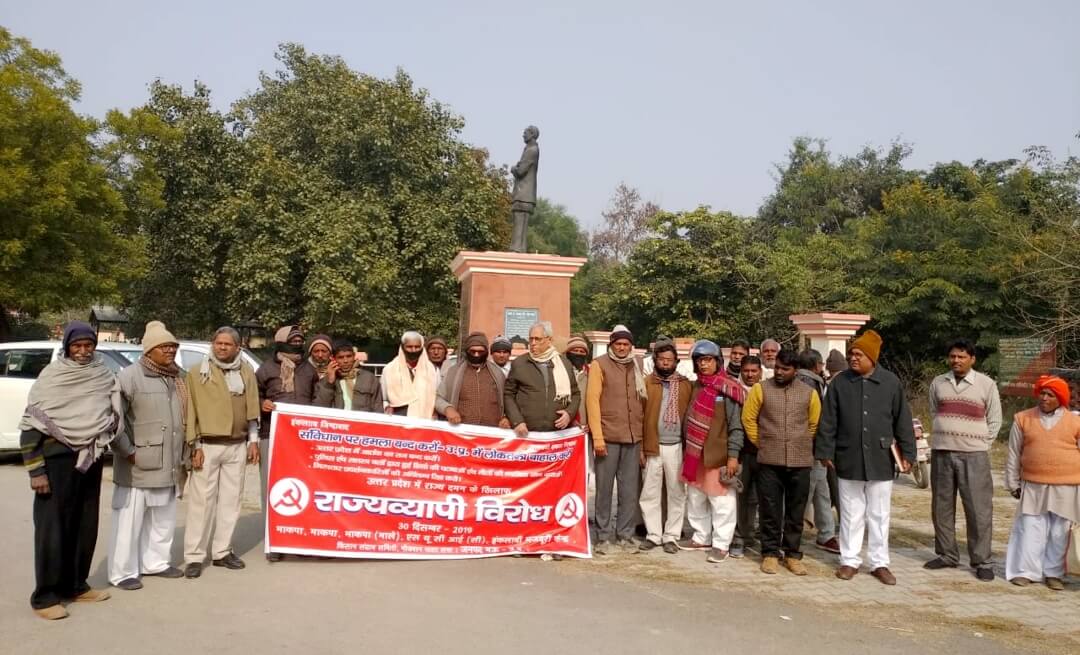 The Yogi Adityanath government in UP has launched an all out attack on every democratic voice of dissent, and on the minority Muslim community in order to suppress democratic peaceful opposition to the CAA, NRC, NPR design.

More than 20 people have been killed in police violence. There are disturbing reports of custodial torture of minors in police stations. There are videos of police uttering communal abuse while declaring their intention to kill Muslims; entering and vandalising homes and looting property. Meanwhile innocents from the Muslim community have been falsely charged with crimes. Activists of Left parties, human rights groups and other dissenting citizens have been arrested. The police had put out "wanted" notices announcing rewards for the capture of people including rights activists who took part in peaceful processions. The Internet was shut down in 21 districts of UP.

It seems that Yogi government is adamant to not allow people's constitutional right to protest at any cost, so it wants to teach people of UP a lesson. This had been supported by the Prime Minister Modi in his visit in Lucknow.

The CPIML has said that the protests will continue and state repression be resisted unless Yogi government stops repression, follows the law of the land and the constitution of the country. 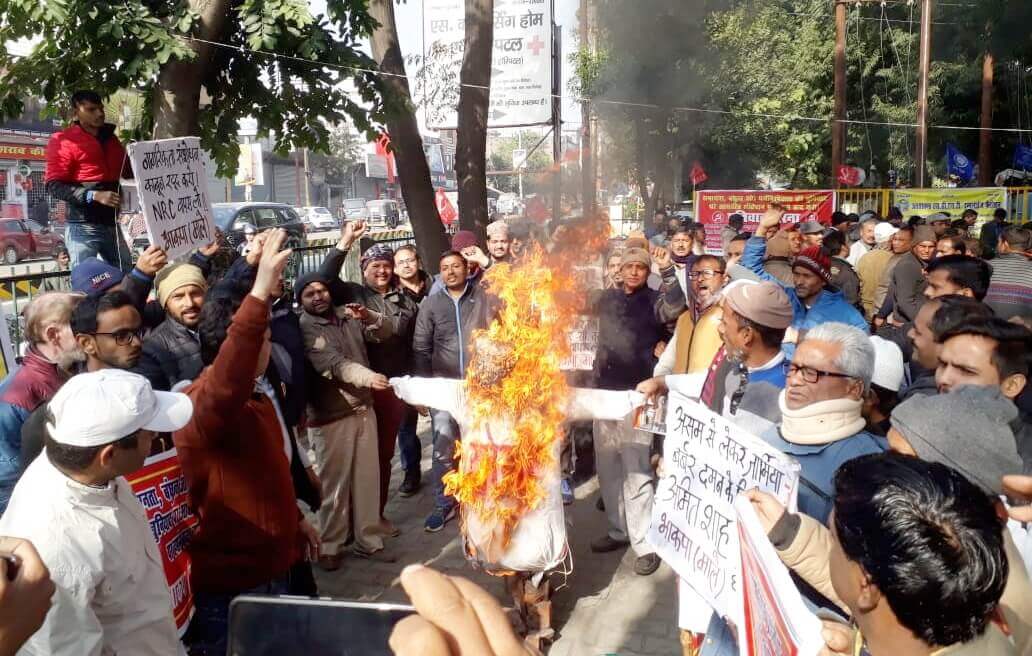 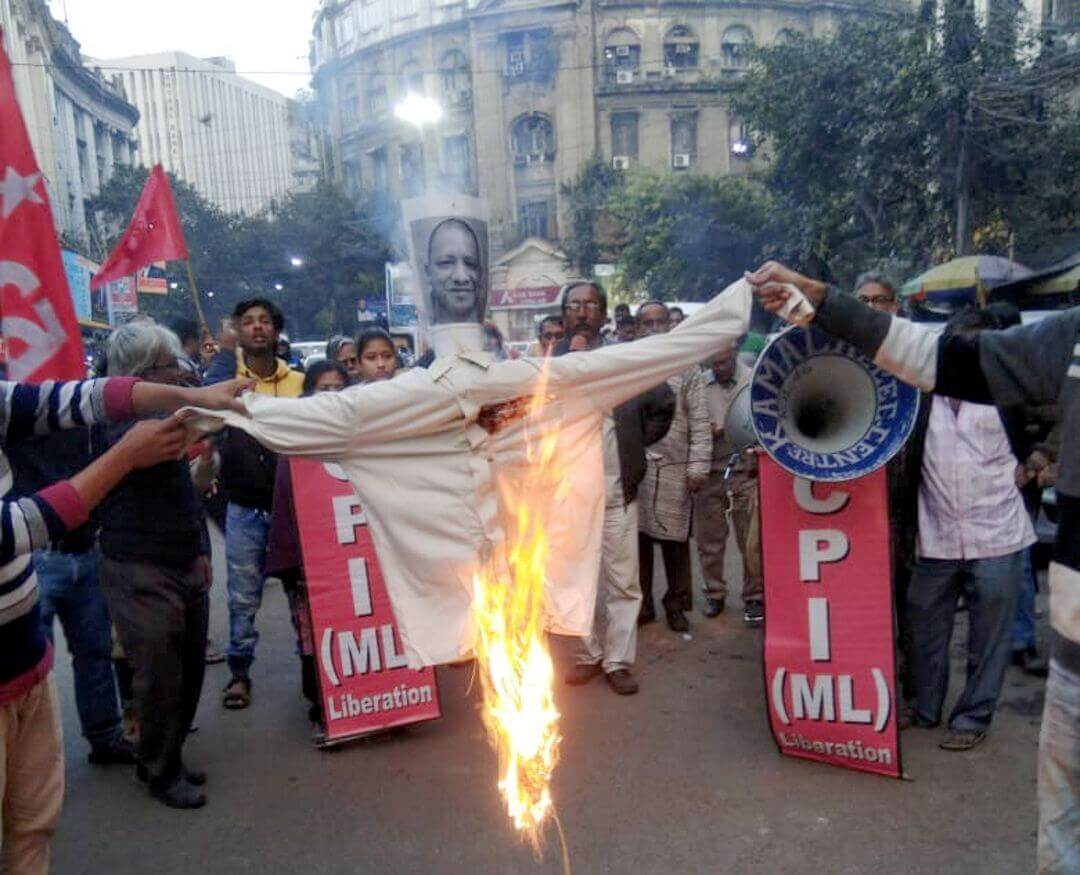 Demonstration were organised in front of UP Bhavan in Delhi and Kolkata, in Coimbatore, Bathinda, Gurudaspur and Mansa in Punjab, in Patna and other towns of Bihar and Jharkhand, Haldwani in Uttarakhand, Durg in Chhattisgarh and dozens of other towns in the country. In Uttar Pradesh, left parties held protests across the state and sent memorandum with above demands to the President and Governor. They also demanded to lift the Section 144 imposed in all towns in UP which is illegal and compensation to the families of victims of police atrocities. Protests were held in Jalaun, Lakhimpur Kheri, Mathura, Moradabad, Mainpuri, Kushinagar, Faizabad, Raebareli, Mau, Kanpur, Ghazipur and other towns.

CPIML Central Committee member Manish Sharma, AICCTU leader SP Rai were arrested along with 57 other protesters in Varanasi on 19 Dec. Both the leaders were denied bail owing to more stringent criminal sections were imposed on them selectively for leading and organising a protest in Modi’s parliamentary constituencies. They could be bailed out later on 6 January after 17 days in jail. 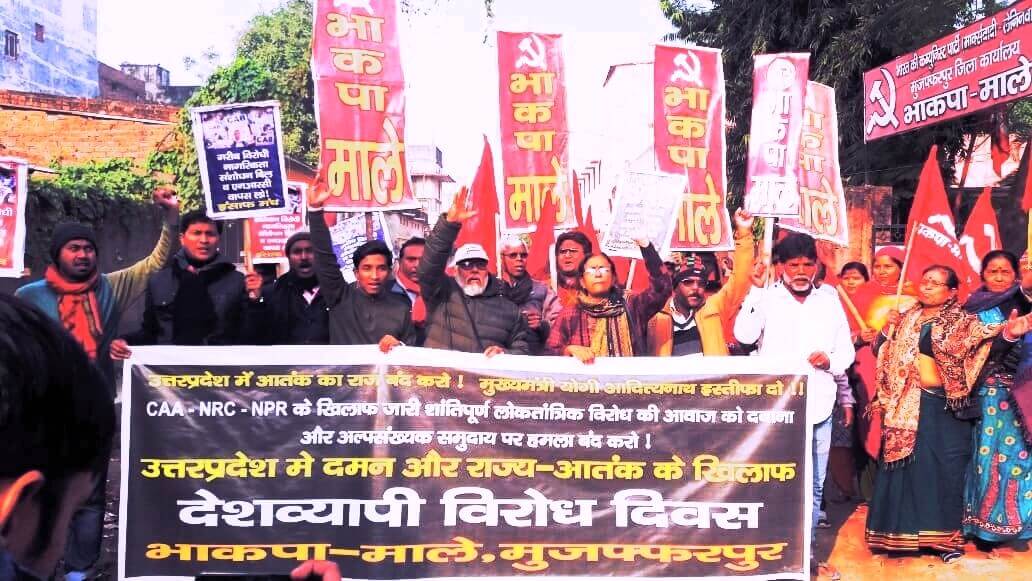 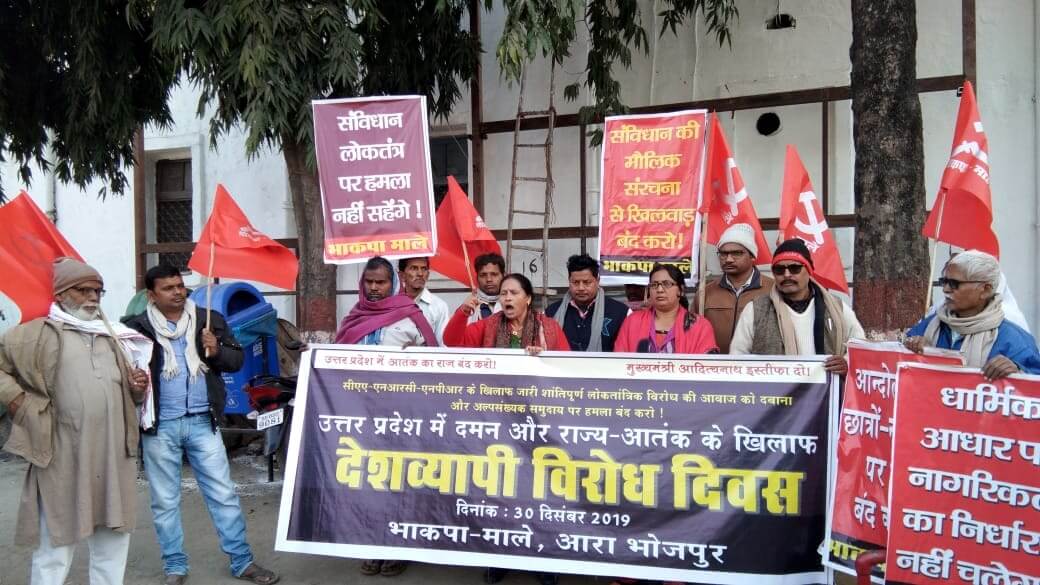