Save Constitution March against CAA in Ranchi 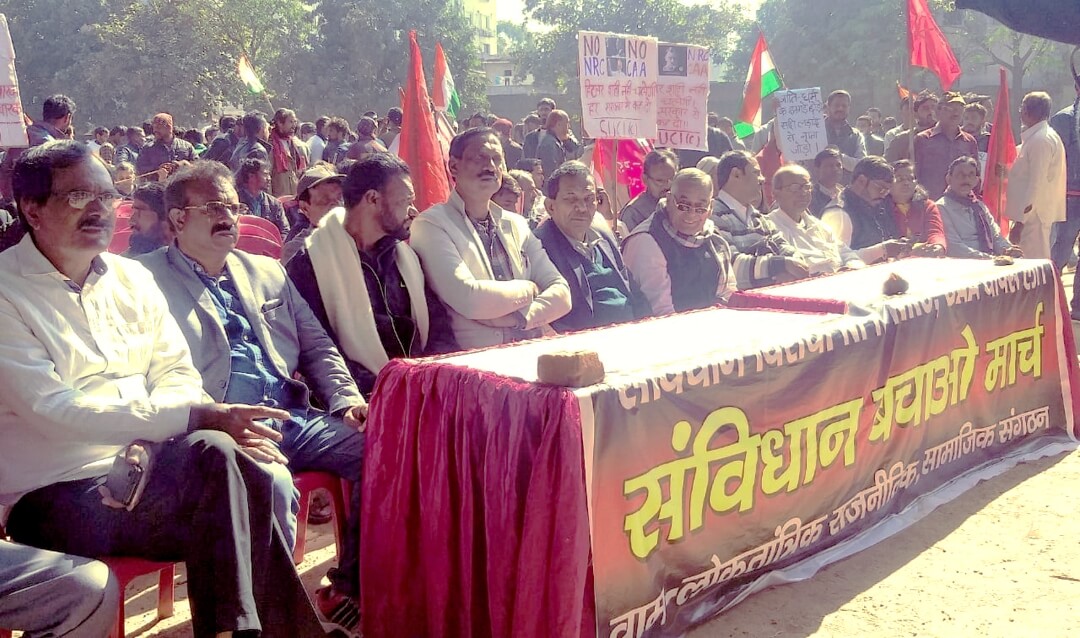 LEFT-democratic and student organizations organized a ‘Save the Constitution’ march in Ranchi on 30 December 2019 against the Citizenship Amendment Act. Large numbers of people participated in the march with flags, banners and placards. As permission for the march was denied by the District administration, it culminated in a meeting in the District school grounds. The meeting which began with two minutes’ silence to pay tribute to those martyred in struggles was presided over by Sabir Ahmed, Praful Linda, and KD Singh, conducted by Nadeem Khan, Bhuvaneshwar Kewat and Alok Kujur.

Addressing the meeting, CPIML MLA Vinod Singh said that behind the CAA lurks the sinister and secret agenda of the Sangh Parivar. The BJP is misleading the people by telling lies. The President’s address in Parliament clearly stated that NRC would be implemented in the entire country. NPR is the first step towards this. This citizenship amendment Act based on religious discrimination is against the Constitution of India. The countrywide protests against this are a struggle to save the country and the Constitution. Vinod Singh said that he would also tell the Hemant Soren government that this anti- Constitution CAA should not be implemented in Jharkhand. 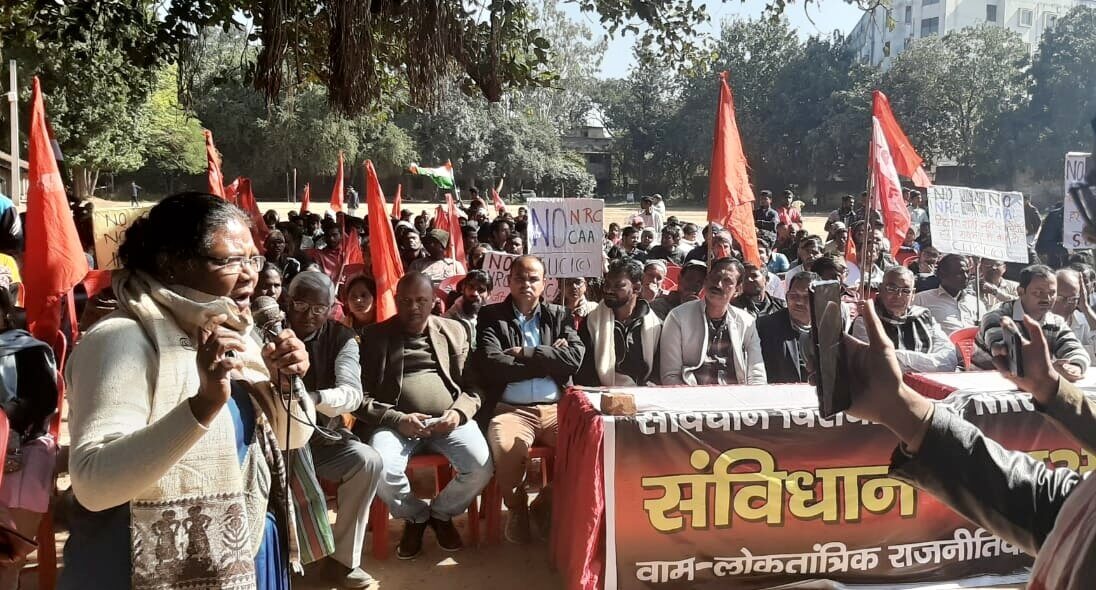 Former Union Minister and Congress leader Subodh Kant Sahay said that NPR is being opposed because it is the preparatory step to implementation of NRC in the entire country. It is the need of the hour to resist the CAA based on religious discrimination. He said that BJP is the ring leader of the ‘Tukde Tukde Gang’ and they should introspect into their own faults before accusing others.

Former MLA Arup Chatterjee said that the government is hiding its failures on all fronts including the shattered economy by inciting people with communal venom. Social worker Dayamani Barla said that our land, forests, water, and hills are proof of our citizenship; we do not need to submit any other paper proofs. CPM State Secretary GK Bakshi said that Jharkhand has shown the way to bring in change and teach the BJP a lesson. The meeting was also addressed by CPIML State Secretary Janardan Prasad, Advocate AK Rashidi, Antu Tirkey (JVM), Bhuvaneshwar Kewat (CPIML), Sukhnath Lohra, Fr Mahendra Prakash Viplov, Sumit Roy and others.

A 5-point resolution was passed at the meeting as follows:

At the conclusion of the march, a delegation led by Vinod Singh and Arup Chatterjee met Chief Minister Hemant Soren and demanded from him that a resolution be passed by the Jharkhand Assembly in favour of the withdrawal of CAA.