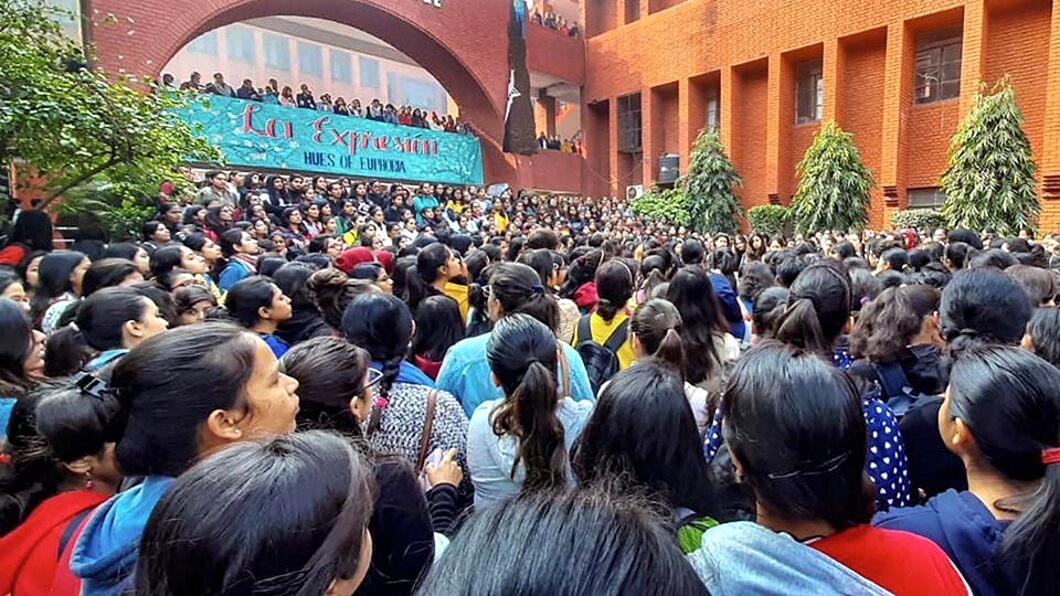 THE ruling BJP says "Beti Bachao" (Protect Daughters), but on its watch, its own supporters and the police force it controls have a free hand to repeatedly assault and molest women students in college and University campuses in India's capital city.

A pro CAA rally chanting the Sanghi war-cry of Jai Shri Ram turned into a mob that invaded the Gargi College campus and sexually assaulted women students en masse. Women who complained were told by the college principal that if they felt unsafe they should have stayed home.

The police stationed close to the college did nothing to crack down on the violent political mob. Four days have passed and the police has made no arrests.

The same Delhi Police has once again unleashed brutal and illegal violence on the students of Jamia Millia Islamia who were holding a peaceful anti CAA march. There are disturbing reports of police personnel inflicting sexual violence on women's private parts, and allegedly using some unknown and illegal gas that caused large numbers of students to lose consciousness and suffer from pain in the abdomen.

The questions pile up - and the answer is inescapable. The Home Minister Amit Shah is complicit in the repeated violent attacks by Sanghi mobs as well as Delhi Police on students.

Women and queer persons are at the forefront of the resistance to fascism in India today. No wonder they also face the brunt of the violence by the fascists. But they shall fight, and they shall win!