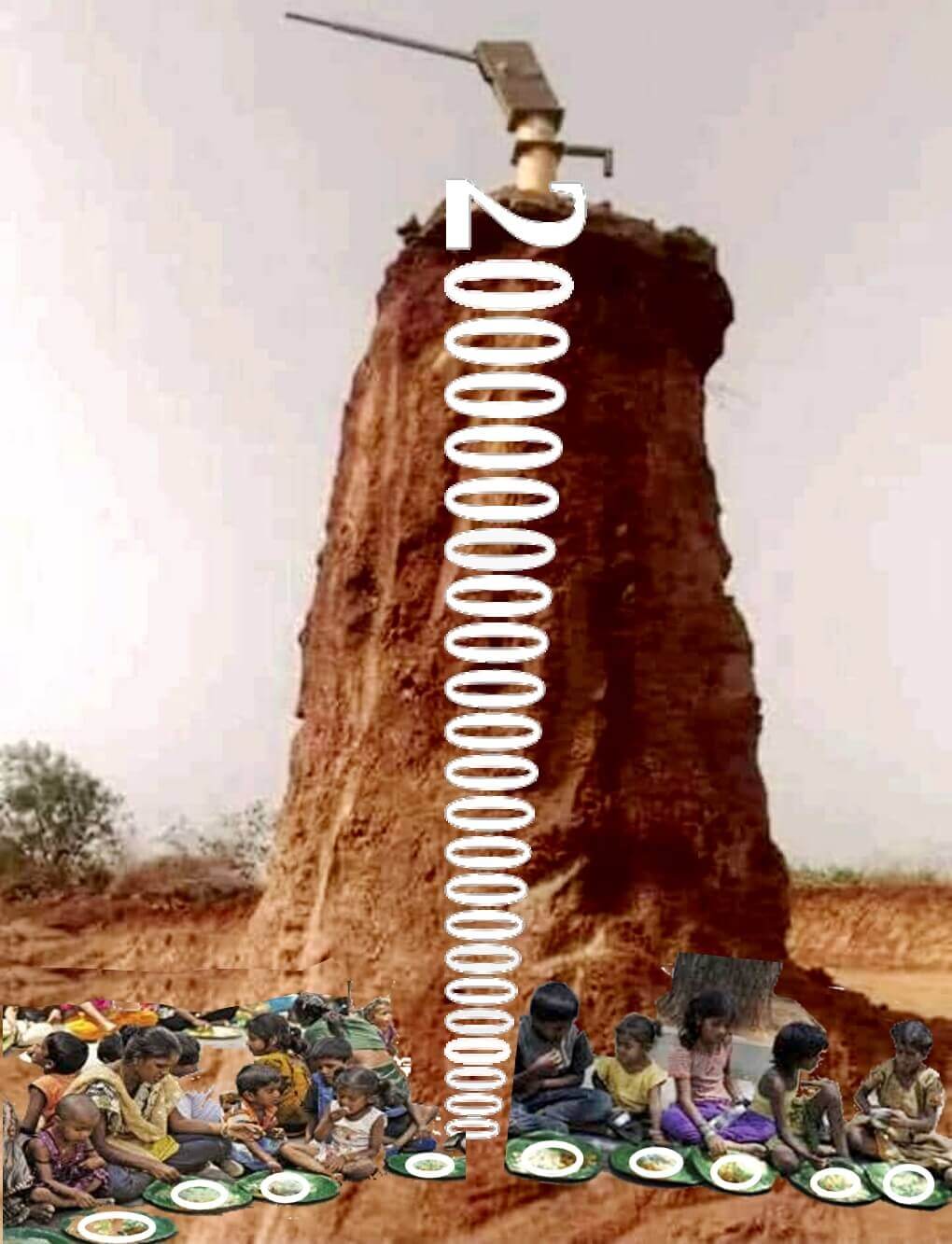 IN his 12 May address while preaching his gospel of treating the Covid19 pandemic crisis as an opportunity and outlining his latest rhetoric of an Aatma Nirbhar Bharat, Prime Minister Narendra Modi dropped some big numbers. He announced a package worth around 20 lakh crore rupees (20K billion rupees or $ 265 bn) or about 10% of India’s GDP. Over the next five days Finance minister Nirmala Sitharaman and her deputy Anurag Thakur (better known for his vitriolic Goli Maro speeches) have given us the details of this package in five tranches. India has seldom been taken for such a huge ride.

As far as figures are concerned, this is a monumental statistical fraud. The total sum was finally allowed to rest at Rs 20,97,053 crore. This included announcements already made by the government at the end of March worth Rs 1,92,800 crore (tax concessions: 7,800 crore, Covid19 health sector package: 15,000 crore, and PM Garib Kalyan Package: 1,70,000 crore), and liquidity injected by the RBI through policy adjustments worth Rs 8,01,603 crore. So the amount actually announced over the five tranches was roughly Rs 11 lakh crore or a little over half of the amount Modi mentioned as the quantum of the package. 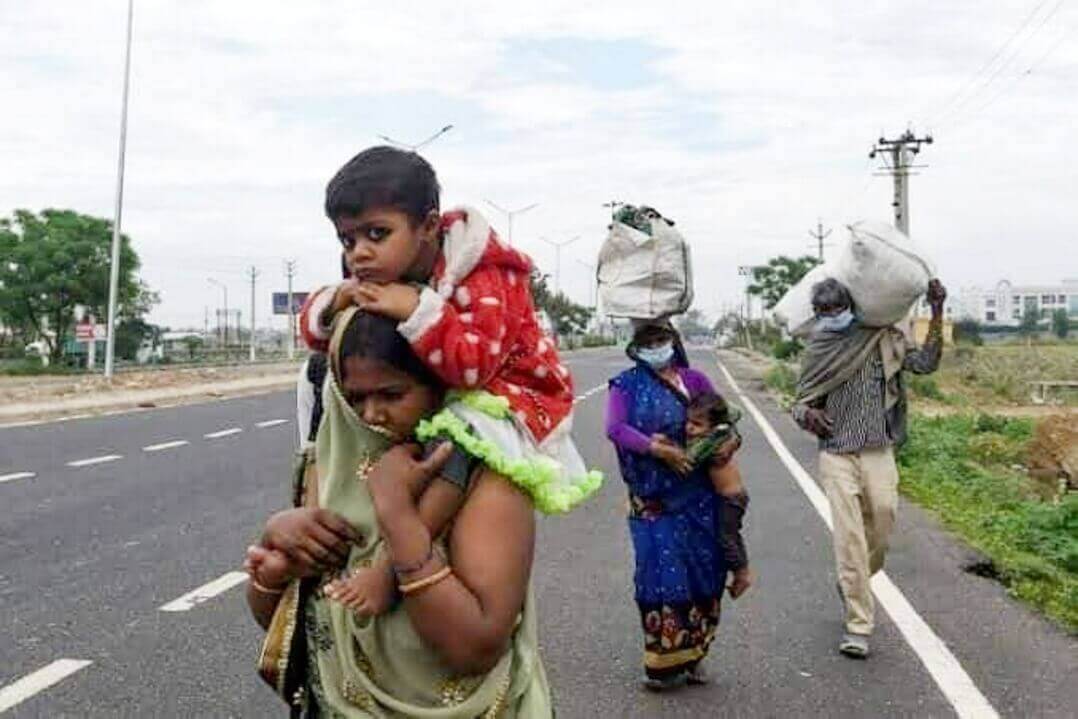 The package pretends to touch all sections of society and all sectors of the economy. Conspicuously absent however is Modiji’s ‘vibrant demography’ – the students and youth of India. While most other sections find a passing mention, their burning and core demands are all left utterly untouched. All this time the government was waxing eloquent about the gains of DBT (direct benefit transfer). What was needed now was a direct cash transfer to all affected families for at least a period of three months or the duration of lockdown, but the package does not have any such component. The package finally acknowledges the problem of people, especially migrant workers, not having ration cards, but does not guarantee universal delivery of ration. And the less said about the quantity – five kg grains per person and 1 kg pulses per family – the better. It mentions a scheme about developing affordable rental housing for migrant workers, but remains conspicuously silent about the acute crisis of migrant workers that erupted right with the announcement of lockdown.

Two announcements made as part of the package are being particularly highlighted as major game-changers – the announcements regarding MSMEs and barrier-free inter-state trade of agricultural produce under a new central legislation. The MSME definition has been broadened to include both manufacturing and service sector units up to Rs 20 crore investment and 100 crore annual turnover. For this broader net, Rs 3 lakh crore have been sanctioned as collateral-free loan which can potentially benefit 45 lakh units. But the MSMEs would rather have the government and the private sector clear the Rs 5 lakh crore dues that they owed to the MSMEs, a fact admitted by Union Minister Nitin Gadkari himself. The other MSME demand was wage support for workers for the lockdown period. But rather than accommodating that reasonable demand of MSMEs, the government has now surreptitiously withdrawn the order mandating payment of wages for the lockdown period.

The proposed central legislation to enable inter-state free trade of agricultural produce has been a major demand of rich farmers and corporate agri-business. Farmers and share-croppers were rather demanding assured official procurement at a support price that ensured at least one and a half times the total input cost. The new legislation will go a long way to liberalise the entire agrarian economy, and coupled with the proposed measures facilitating corporate land acquisition, this can only mean large scale diversion of agricultural land and promotion of corporate farming where farmers will increasingly be reduced to the status of contract farmers.

The package also includes other measures boosting privatisation and FDI, like commercial coal mining, privatisation of power and airports, increasing FDI in defence industries from 49% to 74%, promotion of private participation in the space sector and so on. Ironically, all these measures have been packaged as Aatmanirbhar Bharat Abhiyaan or ‘campaign to promote self reliance’.

Apart from being guilty of massive statistical jugglery and deception, the package becomes a complete failure on two counts. Firstly, it refuses to address any of the burning issues which need to be resolved if India is to cope with the twin challenges of the Covid19 pandemic and the lockdown-induced economic disruption and crisis. Secondly, it fails to address the key question of economic contraction and recession that was already brewing before Covid19 struck us, and is destined to become more severe post-Covid19. We remember that soon after returning to power in May 2019, the Modi government had taken a massive 1.76 lakh crore from the surplus money of the RBI in August and handed over almost the entire amount to the corporate sector by way of a hefty tax cut.

Now when the economy is all set to contract – the GDP is predicted to suffer an absolute decline, possibly by more than 10% – and recession is destined to deepen, we need urgent measures to boost demand, backed by income support. Increased state expenditure is the only way out, by adopting measures to increase revenue by taxing the rich and if necessary, by printing money. The government is doing none of it. It is only taking measures to promote private investment, including foreign investment, dismantling labour laws, weakening environmental safeguards and facilitating easier and greater corporate control over natural resources and human labour. Such measures are bound to prove all the more irrelevant and disastrous in times of a massive crisis like the present juncture.

Some commentators have described the package as Modi's 1991 moment referring to the dramatic introduction of the economic policies of liberalisation, privatisation and globalisation by the Narasimha Rao government in response to the balance of payments crisis India then faced. In the wake of the collapse of the Soviet Union, that was indeed a global moment of intensification of neo liberal policies marked by a worldwide retreat of the state from its economic role as a provider of welfare services and massive aggression of global capital spearheading an expansionist expedition of the so-called free and open market in country after country. Naomi Klein described this as the Shock Therapy wave of Disaster Capitalism. 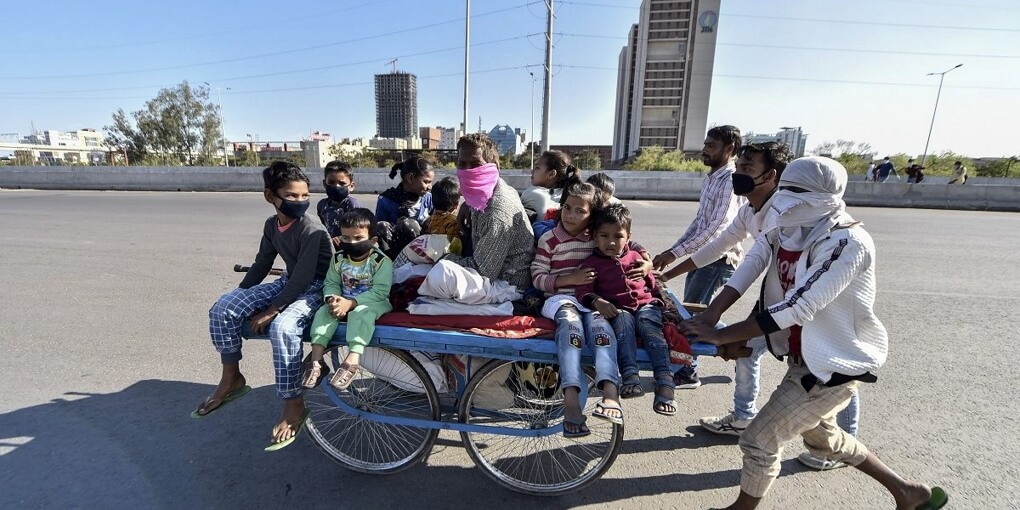 Today India is in the middle of a severe humanitarian crisis marked by mass hunger and destitution and utter economic chaos and disruption triggered by the sudden imposition of a countrywide lockdown. And this is truly a global crisis comparable to the havoc of the two world wars witnessed in the first half of the twentieth century, but in a way even more fundamental and pervasive as the economic crisis is accompanied by a global pandemic that has posed such a huge question mark before not just the framework of corporate globalisation but the basic edifice of capitalism and the way it prioritises and pursues profit over people and nature. Worldwide, people are talking of changing the priorities and bringing the needs of public health, human survival and environmental protection at the heart of the economy. To treat such a moment as an opportunity to accelerate the failed economic agenda of liberalisation and privatisation and call it the rise of self-reliant India is nothing short of a crime. This rhetoric of 'self reliance' is a preposterous euphemism for total abdication of responsibilities by the state, leaving a billion-plus people in the lurch of a cruel lockdown and mounting misery. The package is a charter of deception and disaster and pressure must therefore be mounted for a reversal of this course and for an alternative package that answers the immediate needs and also serves the longer term interests of the people.