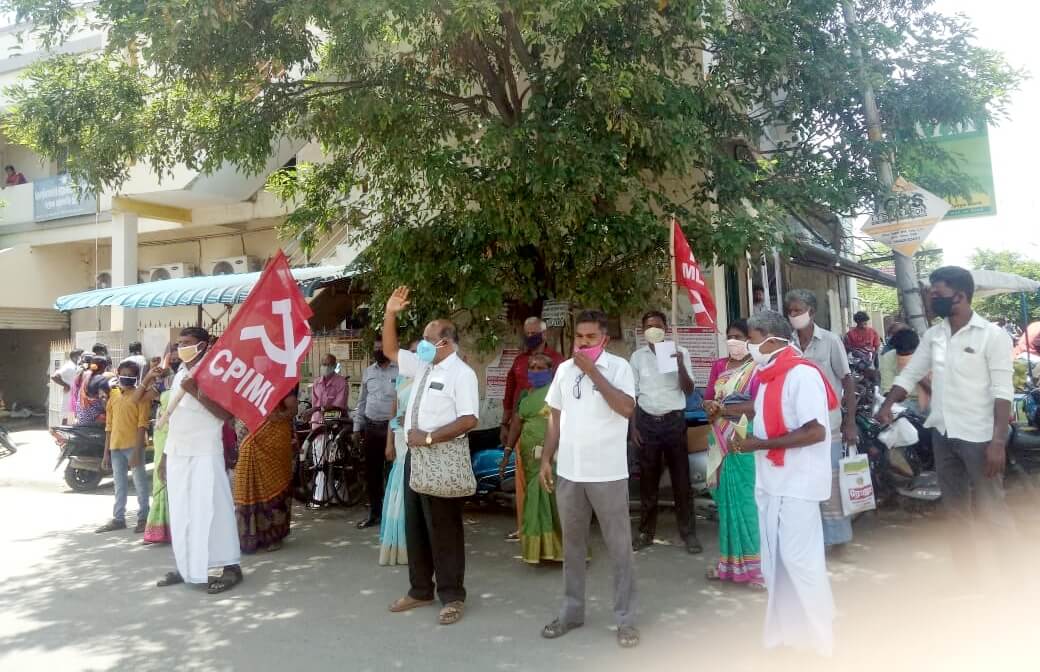 After Madras high court struck down the project the matter is now with the Supreme Court on Appeal. In the meantime, Tamilnadu state ministers in press conferences continue to reiterate that 8 lane project will be completed at any cost. Opposing this statement, Farmers of Salem including AIKM demonstrated with cattles and black flags.

Demonstrations were organized in hundreds of places in all districts jointly by the left parties on June 9. Police resorted to arrest in some places. Comrade NK Natarajan, CPIML State secretary and Iraniappan were arrested at Chennai along with other left party leaders. Police also arrested comrades at Thiruvallur, Vandavasi, Kallakuruchi and some other places.

Campaign is going on with the demands of Corona relief of Rs.10000 to each family for another 6 months with adequate rations, Repeal of Electricity amendment act 2020 and other anti-labour amendments, privatisation, protection to migrant labour, opposition to wage cut and retrenchment, etc. AICCTU is going among workers in different sectors including Beedi, Powerloom, PDS loadmen and construction, etc. Construction workers also organized demonstrations before District Welfare Board offices on 20th June.

AICCTU organised protests in many districts including Karur and Dharmapuri on the call of JAC of Electricity board employees.