Protests in Uttar Pradesh against Increasing Attacks on Dalits 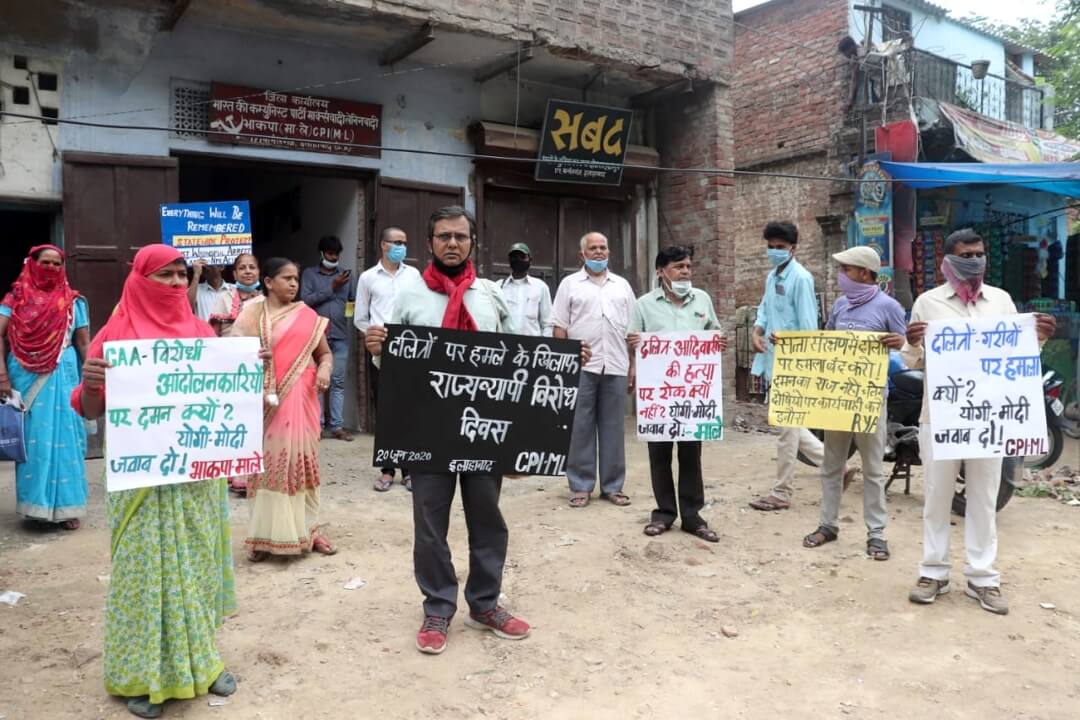 CPIML held statewide protests in Uttar Pradesh on 17 June against the increasing incidents of killings and attacks against adivasis and dalits and repression of Left activists and anti-CAA protesters. The protests were organized at homes, work places, Party offices and villages while maintaining physical distancing and other Covid-19 preventive measures.

During a span of two weeks, several such incidents have come to light in Uttar Pradesh: 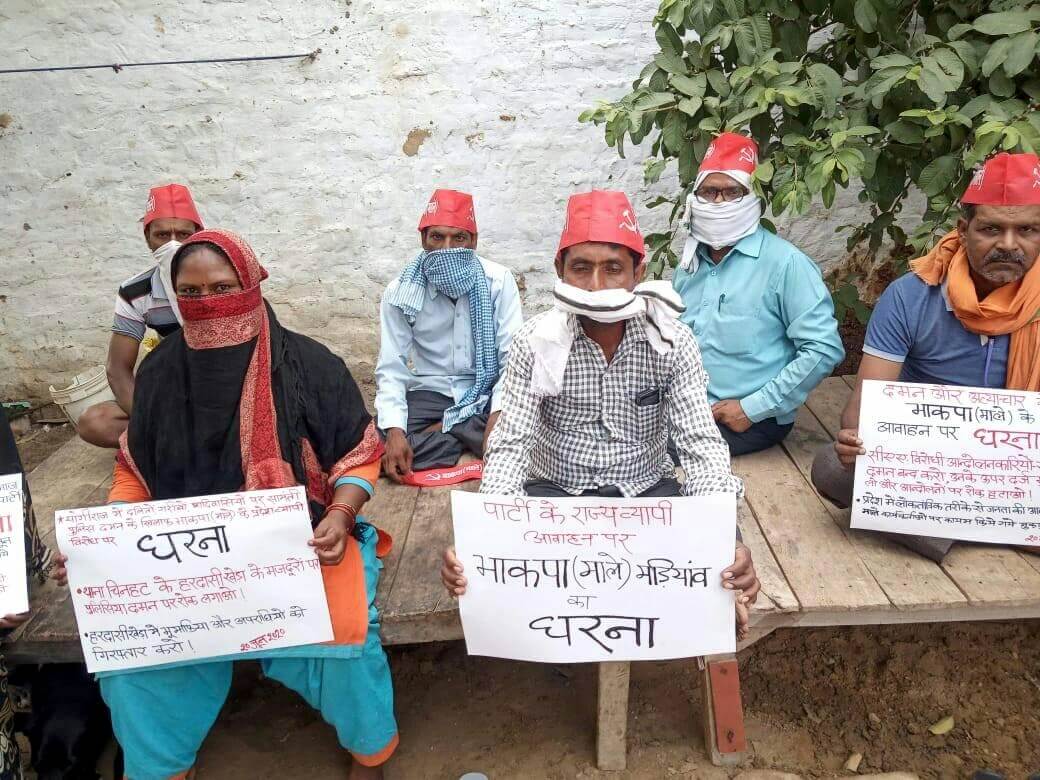 Under Yogi regime there have been many incidents of attacks on dalits, adivasis and weaker sections. Within a span of 3 weeks two adivasis—Ramsundar Gond and Gorakh Gond—were killed for opposing illegal quarrying at Duddhi in Sonbhadra, but the mining-quarry mafia responsible for the killings has not yet been caught by the police. Moreover, villagers who demand the arrest of the killers are being threatened. 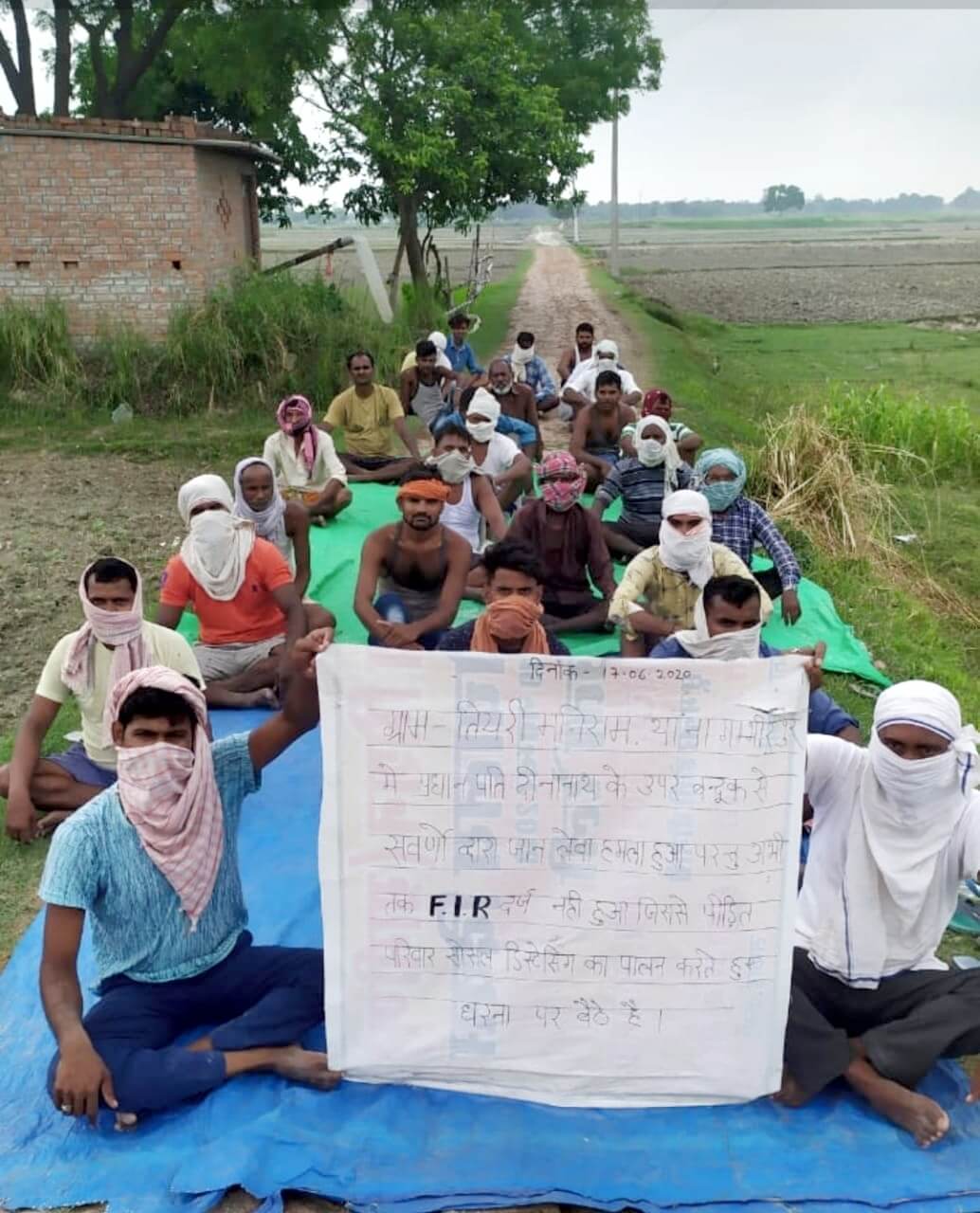 Recently, a dalit Tola was attacked in Pokhri village in Gagaha Thana which falls in the Chief Minister’s Gorakhpur District, and the armed Rajput perpetrators have not been arrested despite being identified and named. Similar attacks have also taken place at Tiyari and Ubarpur in Gambhirpur (Azamgarh) and Lalpur in Hargaon (Sitapur) and the perpetrators, protected by the powers that be, are roaming free. On 15 June a worker family’s hut in Hardasi Khera (Lucknow) was taken possession of by BJP members who made it into a BJP office; the police took no action against them but on the contrary registered a case against the women of the family who protested against the illegal capturing of the hut. Patel farmers in Pratapgarh were attacked by feudal Brahmins in cahoots with the administration, and the victim farmers were thrown into jail in order to protect the perpetrators. When the National Commission for Backward Classes put pressure for action against the perpetrators, a Minister in the Yogi cabinet wrote to the Commission ordering them to stop their action. 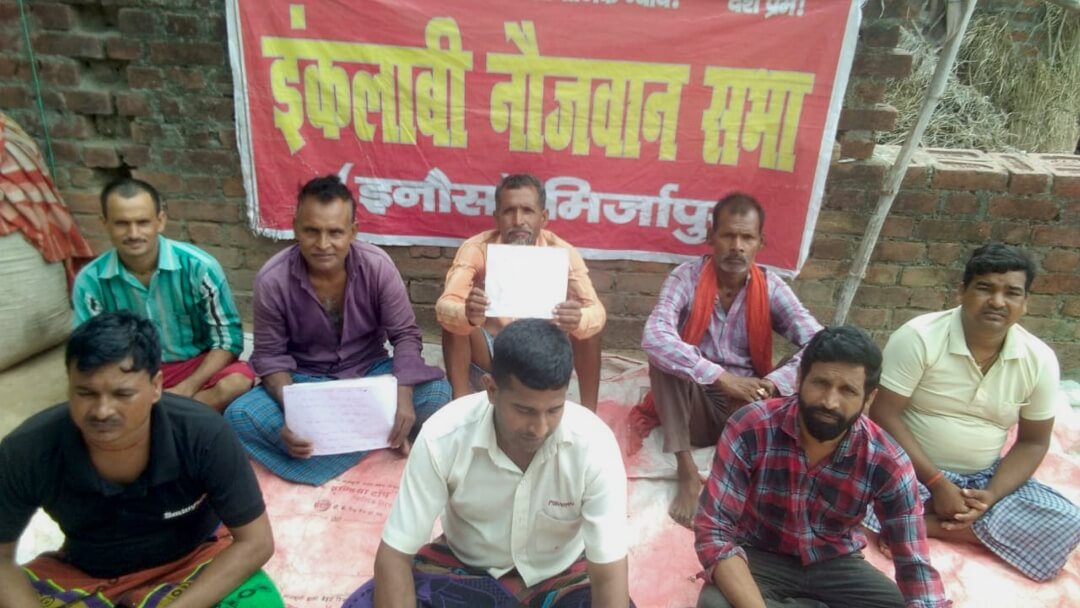 The speakers pointed out that CPIML kisan leader Kamlesh Rai and the delegation that sent a memorandum against the mining-quarry mafia in Lakhimpur Kheri were arrested and thrown into jail. CPIML leader Bhakt Prakash Shrivastava was attacked in Mirzapur at the behest of a BJP leader and the police registered an FIR against the victim instead of the perpetrators. Similarly, false cases have been registered against CPIML leaders in Moradabad and Ayodhya for raising their voice in support of migrant workers.

The speakers said that students, youth, intellectuals, women, cultural activists, social workers and human rights activists who had protested peacefully against CAA have been slapped with false cases at Thakurganj Thana in Lucknow and other places. The police have started summoning them, especially women who led the protests, to the Thana and harassing and torturing them. ‘Wanted’ posters have also been put up publicly by the police for well-respected and dedicated social workers. This is anti-democratic, repressive and vindictive action and should be stopped immediately. 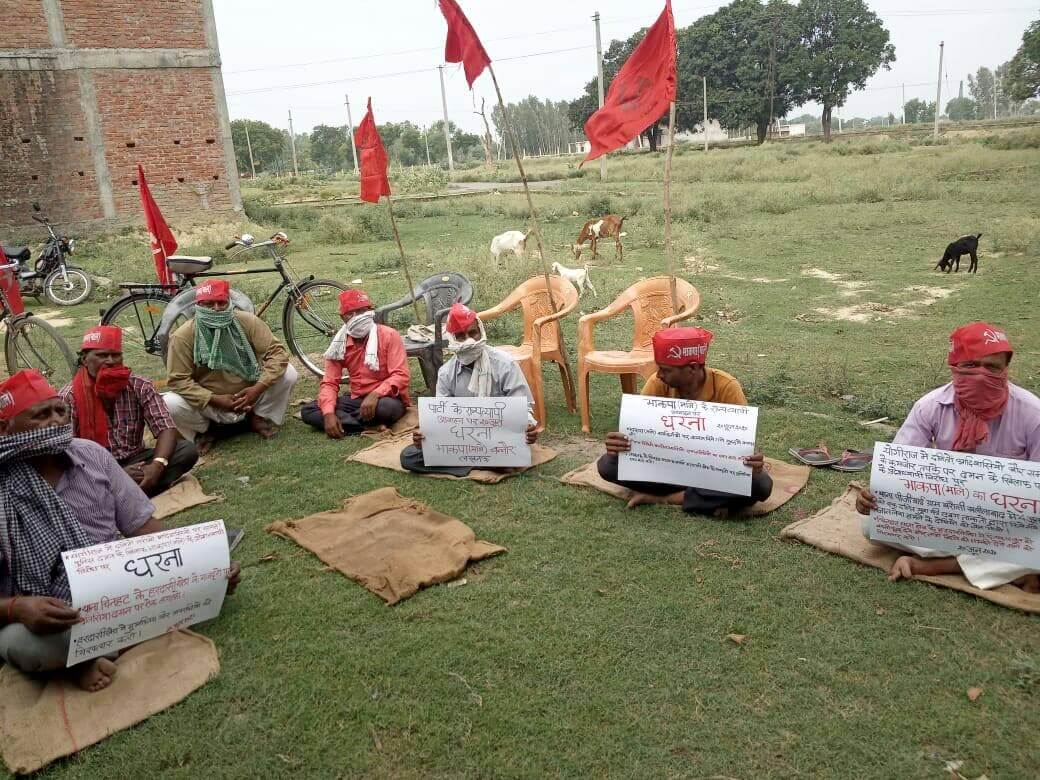 The memorandum submitted to the Chief Minister contained the following demands: judicial probe into the double adivasi killing in Sonbhadra and arrest of the killers; Rs 20 lakhs each as financial aid to the families of the deceased; arrest of the perpetrators in all incidents of attacks against dalits; withdrawal of cases against CPIML leaders and anti-CAA activists and ending their harassment and torture.