Students in UP Allege Cheating in Recruitment of Teachers 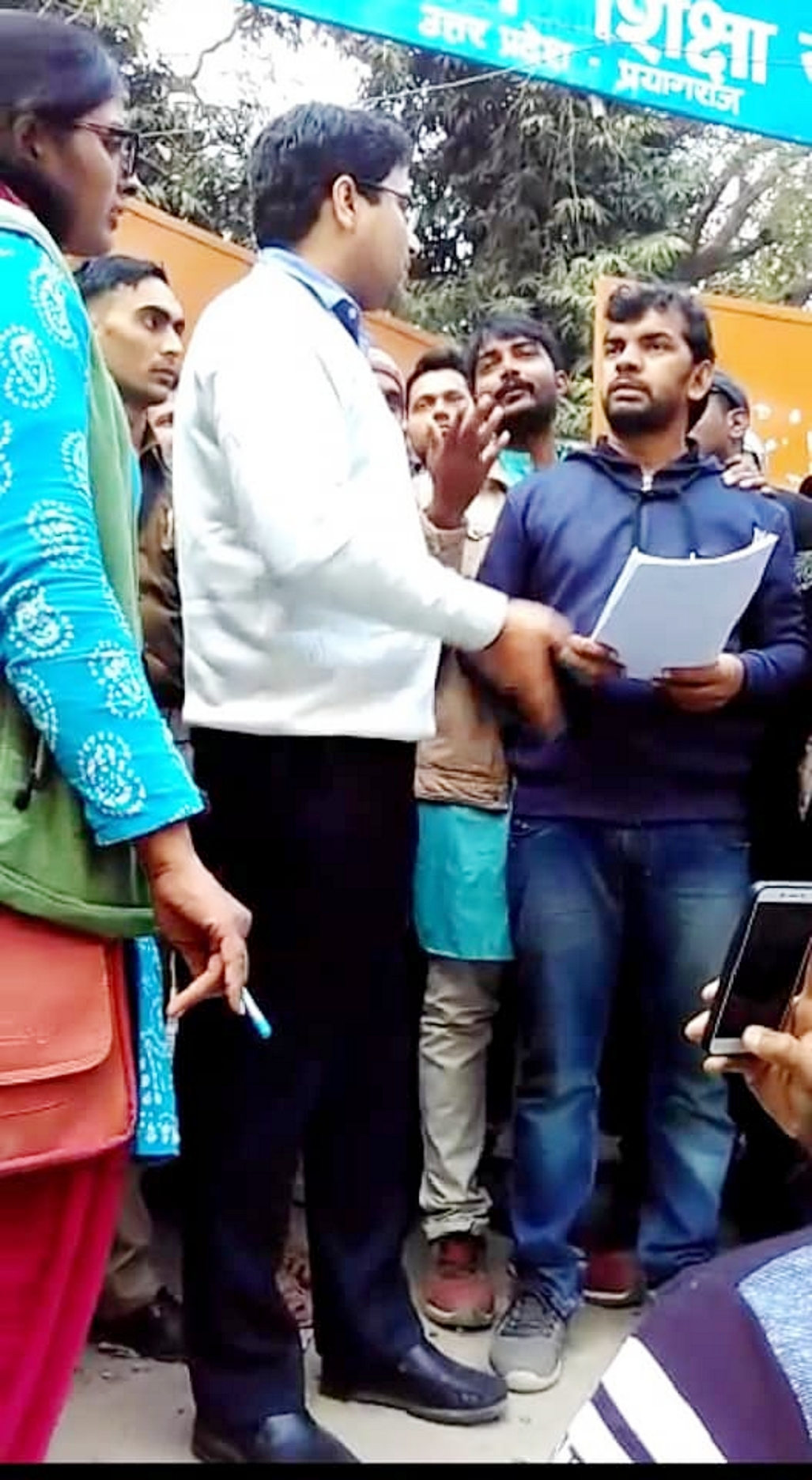 Students across many Districts in Uttar Pradesh protested to demand the cancellation of the entrance examination held for recruitment of primary teachers. After the announcement of the results most students feel that the paper had been leaked on a large scale.

Students protested with posters on 14 may and said while courts are closed due to the Lockdown, the government is pretending to quickly fulfill the recruitment of 69000 teachers.

The students demanded answers to the following questions:

The students say that it is not possible to score 142 out of 150 marks without cheating. All those who scored more than 130 marks in this exam must surely have got the paper beforehand. Convener of 69000 Shikshak Bharti Nyay Morcha Sunil Maurya said that non-declaration of 40,000 candidates is also part of the corruption. He further said that the Chief Minister’s order to complete the recruitments within one week is a violation of the Lockdown. The Nyay Morcha is of the opinion that there was sufficient time to cancel the recruitments and conduct the recruitment process afresh. The Nyay Morcha demands a high level enquiry into the paper leak and random testing of candidates who have scored more than 130 marks.