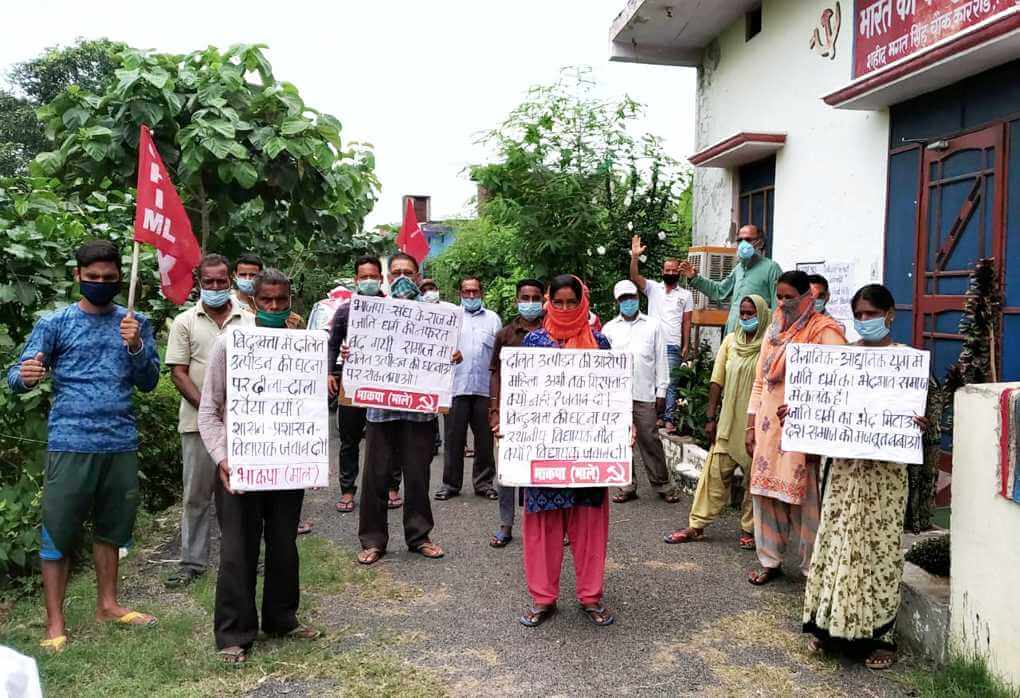 CPIML Uttarakhand State Secretary Raja Bahuguna expressed anger that even 5 days after the incident of dalit oppression in Bindukhatta the accused woman has not been arrested and held the local MLA and State government responsible for this.

Raja Bahuguna said that the incident which occurred in Bindukhatta where a Savarna woman openly hurled caste-abuse words as a dalit person and threatened them against not building a house in her neighborhood is a shameful incident of dalit oppression. The anti-dalit character of the BJP government, the Lalkuan MLA and the administration is exposed clearly by the fact that even 5 days after the incident the accused woman has not been arrested. The entire State is shaken by this incident and people are raising questions about this appalling oppression but the deafening silence of the local MLA on this matter is shameful.

Raja Bahuguna further said that the discriminatory Savarna mindset towards dalits has started to get exposed in its stark form. It is as a result of the way in which the BJP-RSS are trying to change the Constitution on the basis of Manusmriti that sections with a dominant feudal mindset are boldly and openly displaying their Savarna casteist mindset. In the recent past many similar incidents have occurred in Uttarakhand with increasing frequency.

Raja Bahuguna demanded immediate action on the complaint made by the victim of this oppression.