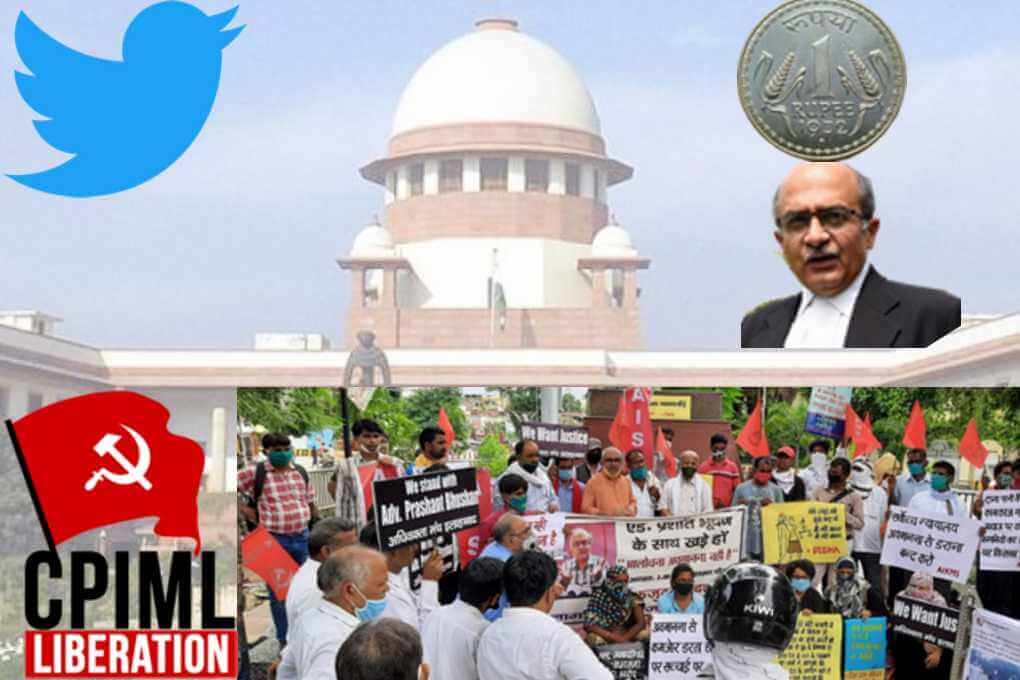 After seeking in vain to coerce an apology out of advocate Prashant Bhushan, or else face prison for contempt of court, the Supreme Court finally blinked, and instead offered Bhushan a choice between a token penalty of one rupee, and a prison sentence of 3 months and disbarment from legal practice for 3 years. This climbdown by the SC is clearly an attempt to save face is an embarrassing situation of their own creation.

While Bhushan has not bent his spine an inch, it is the SC Bench which has had to bend and change their stance. Once they declared Bhushan guilty, they first hesitated on the prison sentence that Bhushan was willing to cheerfully accept, offering him a choice between an apology and prison. When he refused to apologise, they then bent further and offered him the choice between one rupee fine and prison plus disbarment!

It is Bhushan who has emerged the moral victor, while it is the verdict against Bhushan that has lowered people's esteem for the SC institution. Bhushan had consistently maintained that he stood by the spirit of his tweets expressing anguish at the deviation of the SC from its Constitutional role and had declared that he would rather cheerfully accept any penalty that the SC chose to impose, than apologise. Keeping his word, he has agreed to cheerfully pay the one rupee fine while continuing to reiterate his respectful critique of the apex Court's functioning.

The contempt of court verdict, even with a much diluted punishment, is a dangerous precedent for India's democracy. Faced with a person of Bhushan's stature, and the widespread solidarity and respect he commands, the SC took the step of imposing a mere token fine. By declaring that failure to pay the token amount will result in prison for three months and disbarment for three years, the SC verdict seeks to have a chilling effect on other, less known citizens of India. The verdict is saying that while it may make an exception for Bhushan, to avoid the heat of public outrage that imprisoning Bhushan would generate, other citizens must silence their consciences rather than hold the judiciary accountable to democracy and the Constitution of India.

The only response to this verdict must be to build resistance to the contempt law with renewed vigour, recognising this law as a weapon of authoritarian regimes against democracy.

The support received by Bhushan from across the country also showed the commitment of the people to uphold democratic principles of freedom of speech. Along with a vast range of people's movements, CPIML too proposes that we the people of India turn the one rupee fine into a One Rupee Satyagraha, with citizens contributing one rupee each to build a national fund for all pro-democracy warriors and prisoners of conscience.