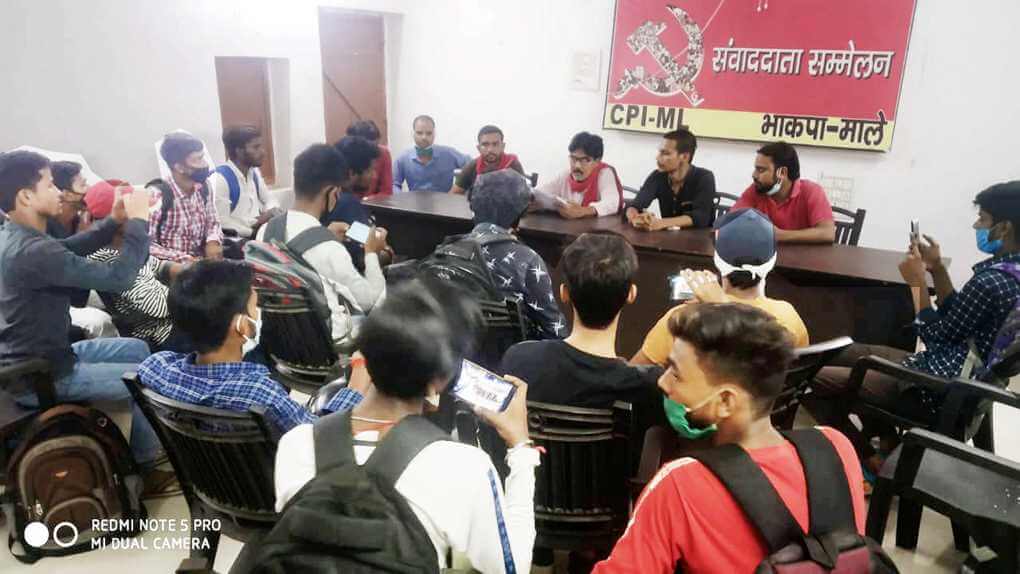 CPIML Bihar Legislative Party leader Mahboob Alam has strongly condemned the slapping of cases against TSAT candidates who were agitating for declaration of exam results instead of cancellation of the exam. He said that Nitish Kumar is following in the footsteps of the BJP by slapping cases against students at the drop of a hat, and this is dictatorship.

The case against the students has been slapped for allegedly breaking Lockdown rules. But the government should tell us why they are hell bent on conducting the exam during the Lockdown and playing with the lives of students.

Mahboob Alam also raised the issue of hundreds of students being deprived of registration in RKD College in Patna and said that the education under the Nitish regime is in an abysmal state. The fault lies with the government and the administration but it is the students who always have to bear the brunt of the punishment.