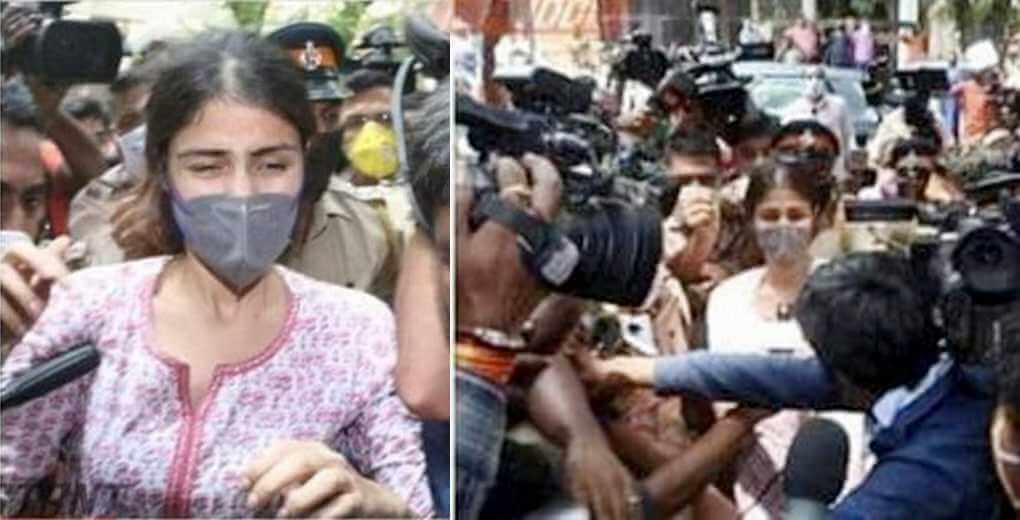 All sensitive persons are deeply grieved by the death of Sushant Singh Rajput and the people of Bihar as well as all progressive people in the country want justice for Sushant and his family. But the courts should be allowed to decide whether or not Rhea Chakraborty is guilty for his death. The way in which the media is attacking and smearing Rhea is a shameful and criminal act. The manner in which media personnel pushed and shoved Rhea yesterday cannot be condemed enough. Action must be taken against the people who did this.

AIPWA wishes to appeal to the media to stop its media trial that is interfering with the legal process and doing injustice to all persons involved including the memory of Sushant Singh Rajput.

We also appeal to people to understand the intentions of some forces in the media who are acting as propagandists for the government. This issue is being utilized to divert attention from burning issues like growing unemployment and economic distress in the country; in view of the forthcoming Bihar Assembly election they are trying to divert attention from the plight of migrant workers from Bihar, the distress of farmers, the rising morale and confidence of criminals in Bihar, and the spate of instances of rape and violence against women in Bihar and in India.

We should also note that just yesterday the Bihar BJP Cultural Cell stated that the Sushant Singh matter would be made an election issue for the Bihar Assembly election. It is also to be noted that the same forces which were hostile to Sushant Singh during the violent Karni Sena attacks on the Padmavat film cannot be Sushant's well-wishers today. The truth is that they are simply trying to gain political mileage out of his death. Even if a woman may be found guilty of a crime later, in a fair legal process she must be given the opportunity to present her side of the story, and the investigative agencies must do their work impartially. The media trial is vitiating the climate to the extent that will make a free and fair process by investigative agencies and even judiciary difficult.

We also appeal to the courts, the National Women's Commission and the News Broadcasting Standards Authority to intervene strongly and stop the media's smear campaign against Rhea, which is using misogynist language and ideology to the hilt.

Sushant was a sensitive and progressive-thinking young man, who would certainly not have approved of such public shaming of a woman in his name. Therefore, we appeal to all people who respect Sushant to voice their dissent against the way in which the media is acting in this matter.