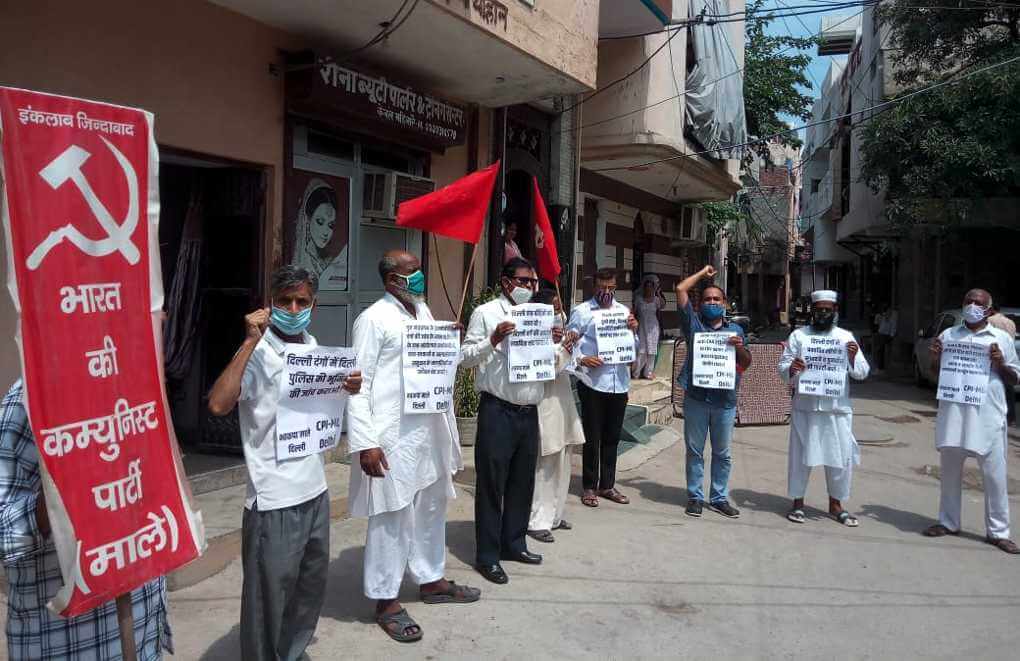 On 3 September 2020, people all over Delhi responded to a call by six Left parties, and protested all over Delhi to demand justice for Delhi’s riot victims. They pointed out that communal violence targeted at Muslims was orchestrated in North-East Delhi between 23rd to 27th February. 53 died, hundreds were injured and many are missing. Hundreds of NE Delhi residents were financially devastated. Yet, the victims of the riots still await rehabilitation, compensation and justice. The well known BJP leaders who instigated the violence are still free, protected by Home Ministry and central government.

Anti CAA protestors are being arrested and jailed, while many innocents are being threatened by Delhi Police to bear false witness against activists or else face UAPA charges. Meanwhile, a comprehensive fact finding report by the Delhi Minorities Commission has clearly identified evidence of the Delhi Police’s active role in condoning, and even participating in the violence against Muslims. Why, then, is the Delhi Police being allowed to investigate the violence? Protestors demanded an independent judicial enquiry instead.

They demanded the release of all the activists, students, NE Delhi local people arrested and jailed by the Delhi Police, without a shred of evidence of their involvement in violence.