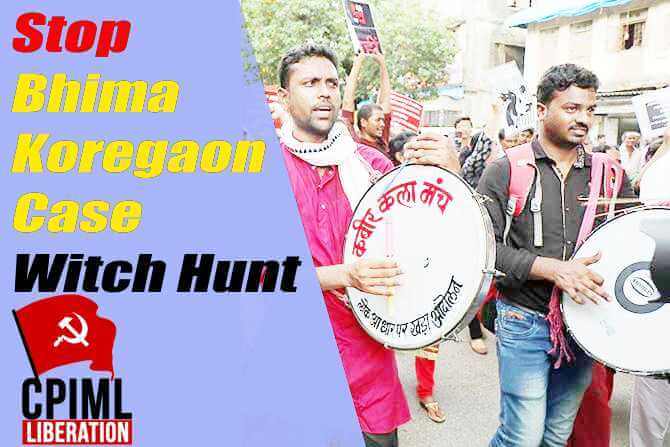 In a shocking development, the National Investigation Agency (NIA) arrested cultural activists of Kabir Kala Manch Sagar Gorkhe and Ramesh Gaichor in the Bhima Koregaon case. Till now, 14 academics, activists and lawyers have been arrested in this case. Just one month back, we saw how Delhi University associate professor of English, Hany Babu, was arrested in this case. Subsequently, a scientist from West Bengal, Parthasarathi Ray, has been questioned by the NIA.

Both Gorkhe and Gaichor, in a video released few days back, have clearly said that NIA has been forcing them to give statements against those arrested. And since they refused to do so, they were likely to be arrested. The same pattern is being seen in the Delhi violence “investigations” also, where there have been complaints that Delhi Police is threatening people to either bear false witness against activists, or else face UAPA charges.

Even as activists, intellectuals, lawyers, and doctors are being harassed, intimidated, arrested and jailed indefinitely under draconian laws, there is no action against BJP leaders instigating violence, and against terror outfits involved in attacking Dalits and assassinating dissenters. Rather, persons like “Sadhvi” Pragya, still facing charges of Islamophobic terrorism, has been handpicked by the Prime Minister to enter Parliament as a BJP MP.

Under the Modi regime's undeclared Emergency, rights activists and dissenters are either shot at, killed, or raided, arrested and jailed. But even in the dark times, we draw our inspiration to fight back from the words of Ramesh Gaichor, “We aren’t descendants of (Vinayak Damodar) Savarkar but are children of Dr. Ambedkar. We have done nothing, we have always followed the Constitution.”