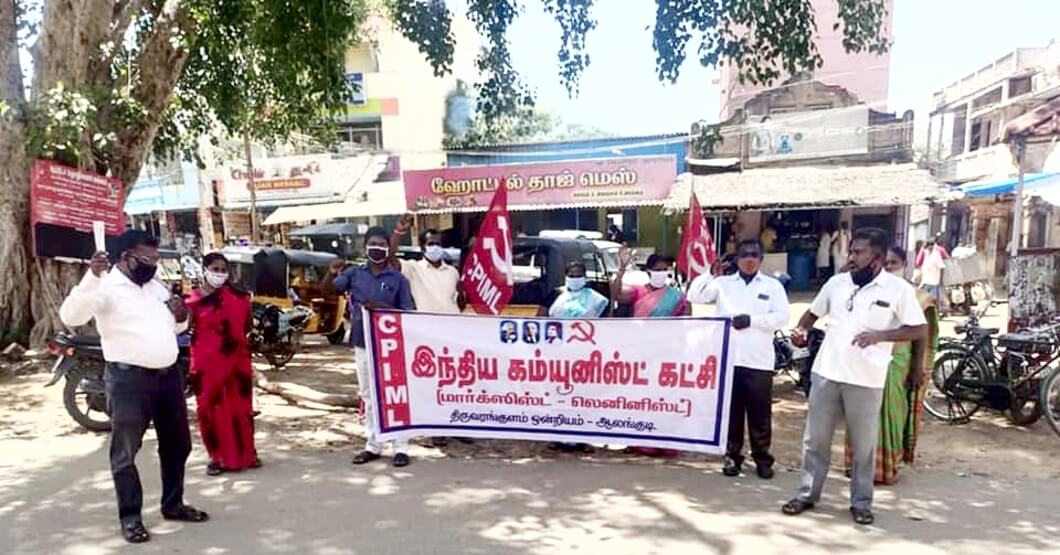 CPIML organized statewide protest on 6th, July 2020 against continuing and escalating atrocities and violence against Dalits every day when the state and Judiciary failed to protect them.

Atrocities are on the rise in Tamil Nadu particularly during the Covid-19 pandemic and lockdown. More than 70 crimes against Dalits have been recorded during the lockdown period.

The approval of the AIADMK Government of TN for the perpetrators of such massacres can be seen in the decision to release the convicts of the Melavalavu massacre on 9 Nov 2019. Murugesan was murdered in broad day light in a running bus in 1996, because, he contested and won as Panchayat president of Melavalavu, a panchayat in Madurai district, against the wishes of the dominant castes. Perpetrators of this heinous crime were convicted with a life term. These perpetrators were released from prison ahead of MGR birthday on 17 Jan 2020 by citing their good conduct as reason. This act of Government has emboldened the dominant caste forces. 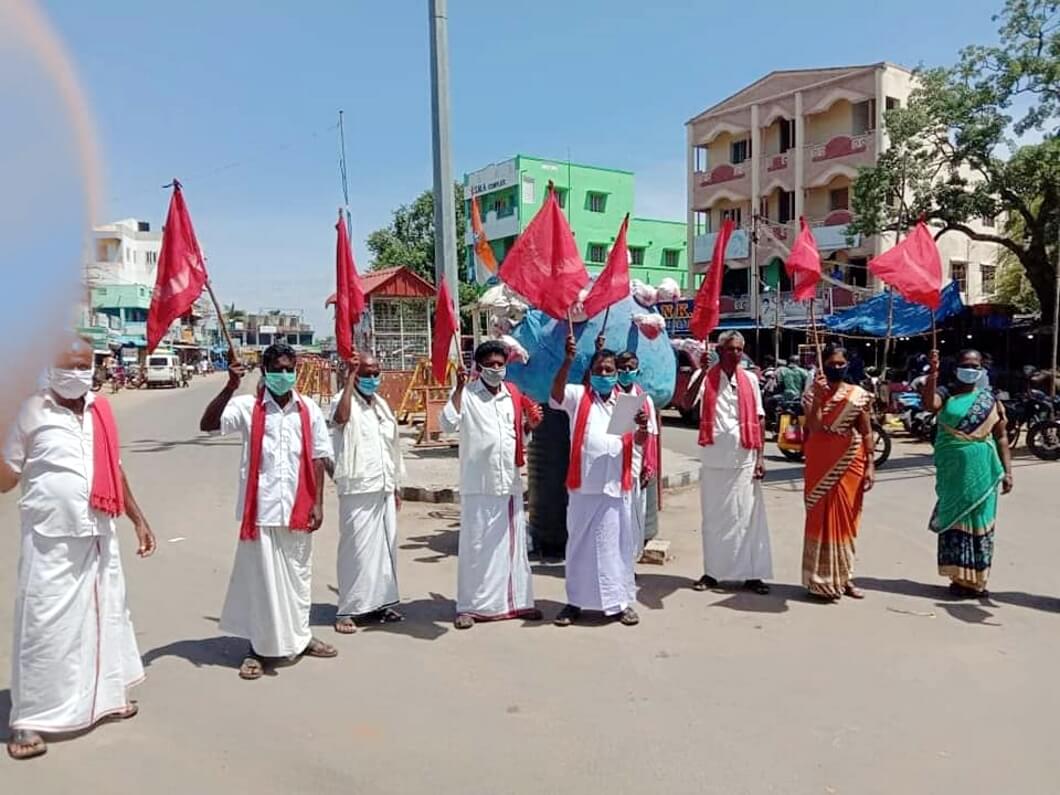 Kaushalya, belonging to a dominant caste fell in love with a Dalit youth Udumalai Shankar and got married. Unable to digest the inter-caste marriage, Kaushalya’s parents hired paid goons for honour killing of Udumalai Shankar. He was hacked to death in broad daylight by goons who also attempted to kill Kaushalya. Recorded CCTV footage of this assault and murder shook the country. On 22nd June 2020, Madras High Court, in an appeal, acquitted Kaushalya’s father Chinnasamy who was the chief conspirator of the murder. This is a gross violation of justice. Protestors demanded that the Tamil Nadu state government should immediately go to Supreme Court for appeal to ensure justice.

Denial of rights of worship to Dalits, denial of common burial ground, denial of right/ share in village public properties including piped water, increasing sexual assault and violence on Dalit women and children and continuing deaths in septic tanks due to manual scavenging, etc., goes on unabated. In Tamil Nadu, there have been as many as 40-50 atrocities on Dalits in 50 days of lockdown. It has further increased in subsequent days of lockdown.

In this background CPI(ML) called for a statewide protest on 6th July. Online petitions are floated by People’s Movement for Justice, Tamil Nadu to register protest addressing the Chief Minister of Tamil Nadu demanding an end to attacks on Dalits and ensure punishment for perpetrators of such crimes. Left and democratic forces of Tamil Nadu also joined the protest by signing the petition while the twitter storm was joined by people across the country with a hashtag #StopAttacksOnDalits.

Stringent punishment for perpetrators of atrocities against Dalits, Ensure rigorous implementation of Prevention of Atrocities Act, speedy trial and punishment within 3 months for crimes in the period of Lockdown.