Tens of Thousands March to Raj Bhavan in Patna 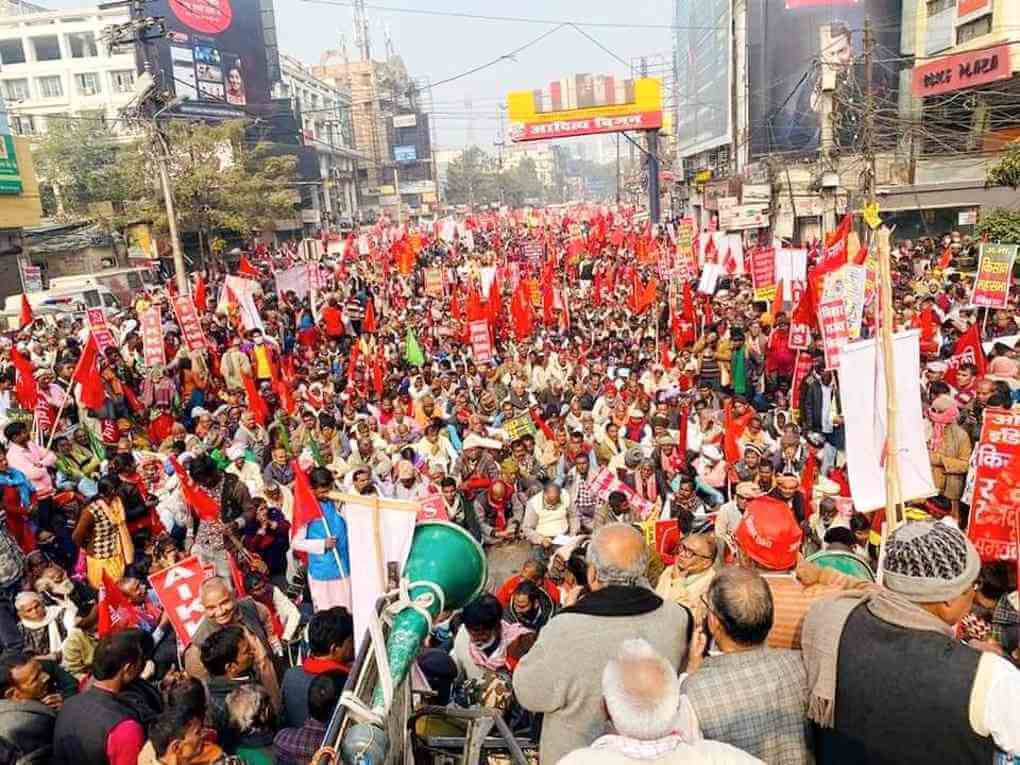 In response to the call given by the All India Kisan Sangharsh Coordination Committee, tens of thousands of farmers marched to the Raj Bhavan in Patna on 29 December 2020. In a statement CPIML State Secretary Kunal congratulated the farmers of Bihar on the historic march and called upon them to continue the struggle for repeal of the three black anti-farm laws, withdrawal of the Electricity Bill 2020, reinstatement of the Mandi system and guarantee of paddy and other crops purchase at Minimum Support Price.

He said that today's Raj Bhavan march proves that farmers in Bihar, like those in Punjab, are totally against the Modi government's three anti-farm laws. Paddy is not being purchased at MSP anywhere in Bihar. The Mandi system was ended in Bihar in 2006. Farmers of Bihar expressed their anger against this through the Raj Bhavan march today and joined battle with BJP-JDU. The government must back down in the face of the will of the farmers.

Comrade Kunal strongly condemned the police repression unleashed on the farmers during their peaceful Raj Bhavan march and said that the government should be sensitive to the agitating farmers but instead it is showering lathis and bullets on them. This governmental repression should be stopped. There are reports of some farmers being seriously injured in the repressive assault by the police.