AIPWA Marches against Brutal Rape and Murder Incident at Badaun 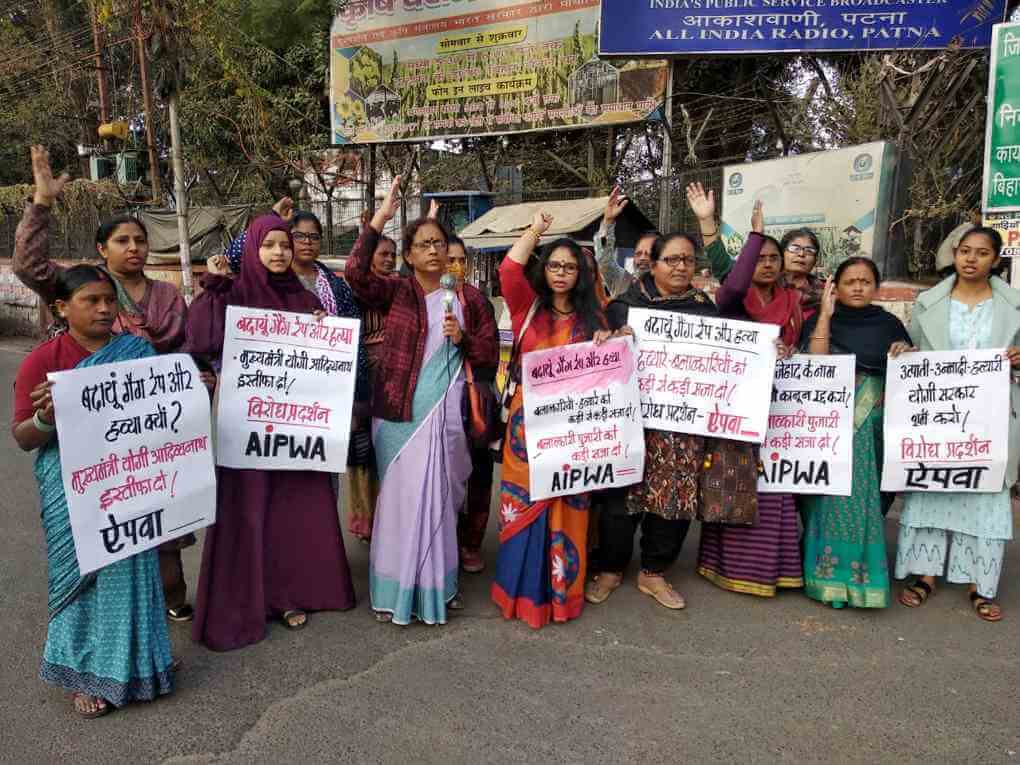 AIPWA organized a protest march on 9 January 2021 in Patna and other Districts against the brutal gang rape and murder that was perpetrated in Badaun in Uttar Pradesh. Addressing the protest in patna, AIPWA National General Secretary Meena Tiwari held Uttar Pradesh Chief Minister Yogi Adityanath responsible for the heinous incident and demanded his immediate resignation. She said that the statement by National Women’s Commission member Chandramukhi Devi is highly objectionable and demanded her resignation also. She pointed out that today Uttar Pradesh under BJP rule has become the hub of rapes and murders. Women are not safe anywhere in UP, neither at home, nor outside, and not even in temples.

Comrade Meena said that NCW member Chandramukhi Devi, instead of speaking for women, is parroting the language of the BJP and the government. She had been a member of the Bihar BJP and today the incidents of rape and violence against women in Bihar are also on the rise.

AIPWA leader Afshan Jabeen said that crimes against women are consistently increasing under the present government. AIPWA City President Madhu said that laws like the so-called Love Jihad Act are an attack on women’s rights. Asma Khan said that under the BJP regime women are unsafe even in religious places.

The protest march was attended by a large number of women. Along with the march AIPWA also organized meetings at Kankadbagh and Chhajjubagh to commemorate the shared legacy of Fatima Shaikh and Savitri Bai Phule on the birth anniversary of Fatima Shaikh.