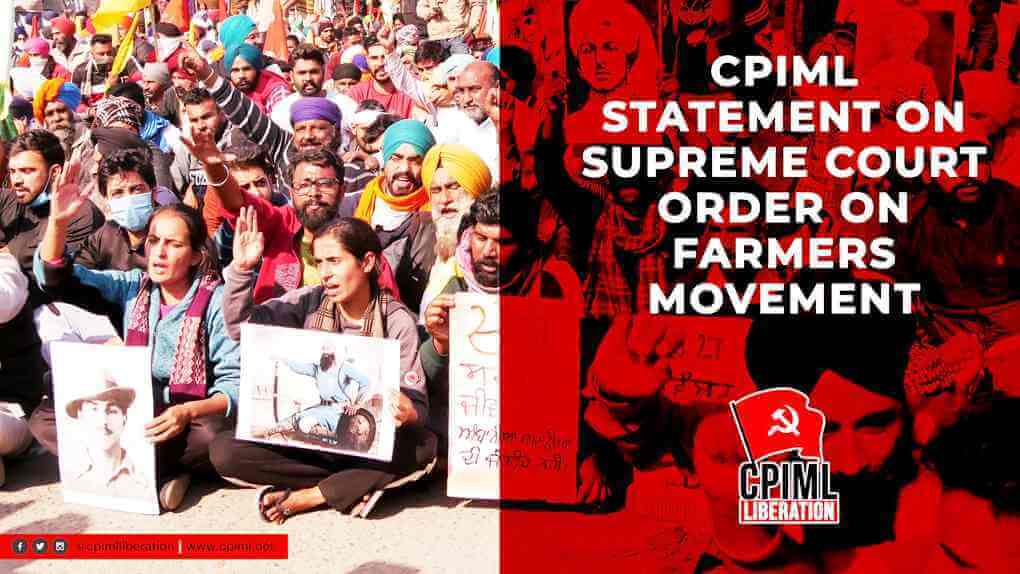 The Supreme Court has imposed a stay on the three farm laws that farmers are agitating to repeal, and has announced a four-member panel to mediate between the Central Government and the farmers.

In order to stay or suspend a law, a court is expected to find that law unconstitutional and explain its reasoning in its order. In the absence of such a finding and substantial reasoning, the Supreme Court’s stay on the farm laws does not inspire confidence in the protesting farmers and people of India.

The Supreme Court’s own order in fact implies that the stay on the laws merely has a political purpose: it observes, “While we may not stifle a peaceful protest, we think that this extraordinary order of stay of implementation of the farm laws will be perceived as an achievement of the purpose of such protest at least for the present and will encourage the farmers bodies to convince their members to get back to their livelihood, both in order to protect their own lives and health and in order to protect the lives and properties of others.” It is clear from this wording of the order that the stay on the laws has been done only to give farmers a “perception” of achievement so that they may withdraw the protests. It is indeed extraordinary and highly questionable for the Supreme Court to issue orders with a political rather than a constitutional rationale.

The four members selected by the Supreme Court for the panel are all persons who have publicly expressed their commitment to the farm laws. So the panel is clearly biased in favour of the Government, and lacks even the appearance of neutrality. Naturally such a panel finds no acceptance or credibility among the protesting farmers, who have refused to participate in its proceedings.

The Chief Justice of India’s remarks on keeping women away from the protests are highly objectionable. Women are in the protests by their choice – and no one has any right to tell women where and when they should protest. The fact that the Chief Justice of India’s apex court has such scant respect for citizens’ right to protest and for women’s autonomy, is deeply disturbing.

We stand by the farmers’ movement in its decision to continue with its movement till the three laws are repealed, and call on people all over the country to support the farmers in every way possible.

Save Farming, Save Rations, Save The Country, Save The Constitution - Onwards to the Kisan Parade on Republic Day!