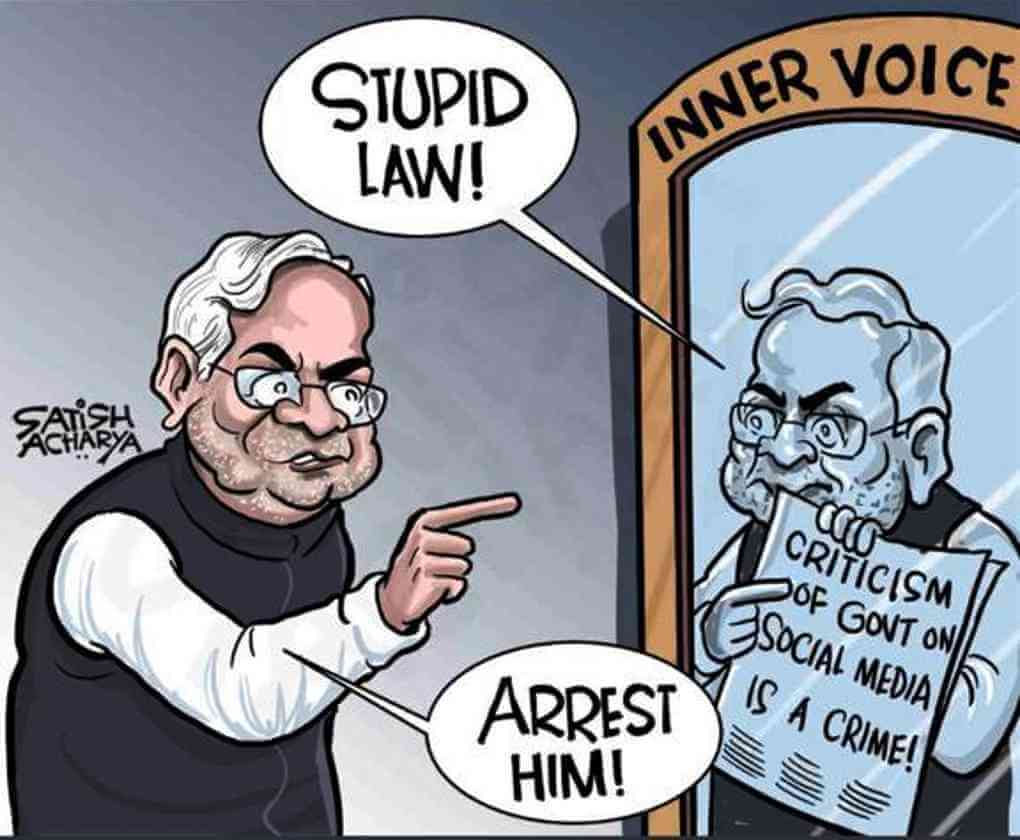 CPIML Bihar has condemned the new orders issued by the Bihar government to curb criticism on social media/internet against the government, Ministers, MPs, MLAs and government officials. Bihar CPIML Secretary termed it a conspiracy to end freedom of social media.

Kunal said that crime and injustice are on the increase in Bihar. The people of Bihar are hoping for just and responsible governance but the BJP-JDU government is instead killing freedom of expression. This order is reminiscent of the notorious Press Bill 1982 of the Jagannath Mishra era, against which the journalistic community along with the people of Bihar launched a historic protest and forced the government to repeal the draconian law. This new order by the Nitish government is a similar draconian law and must go.

CPIML demand that the Bihar government should stop crushing freedom of expression, revoke this order and reinstate freedom of social media.