Who is Nitin Raj and Why is The Yogi Government After Him? 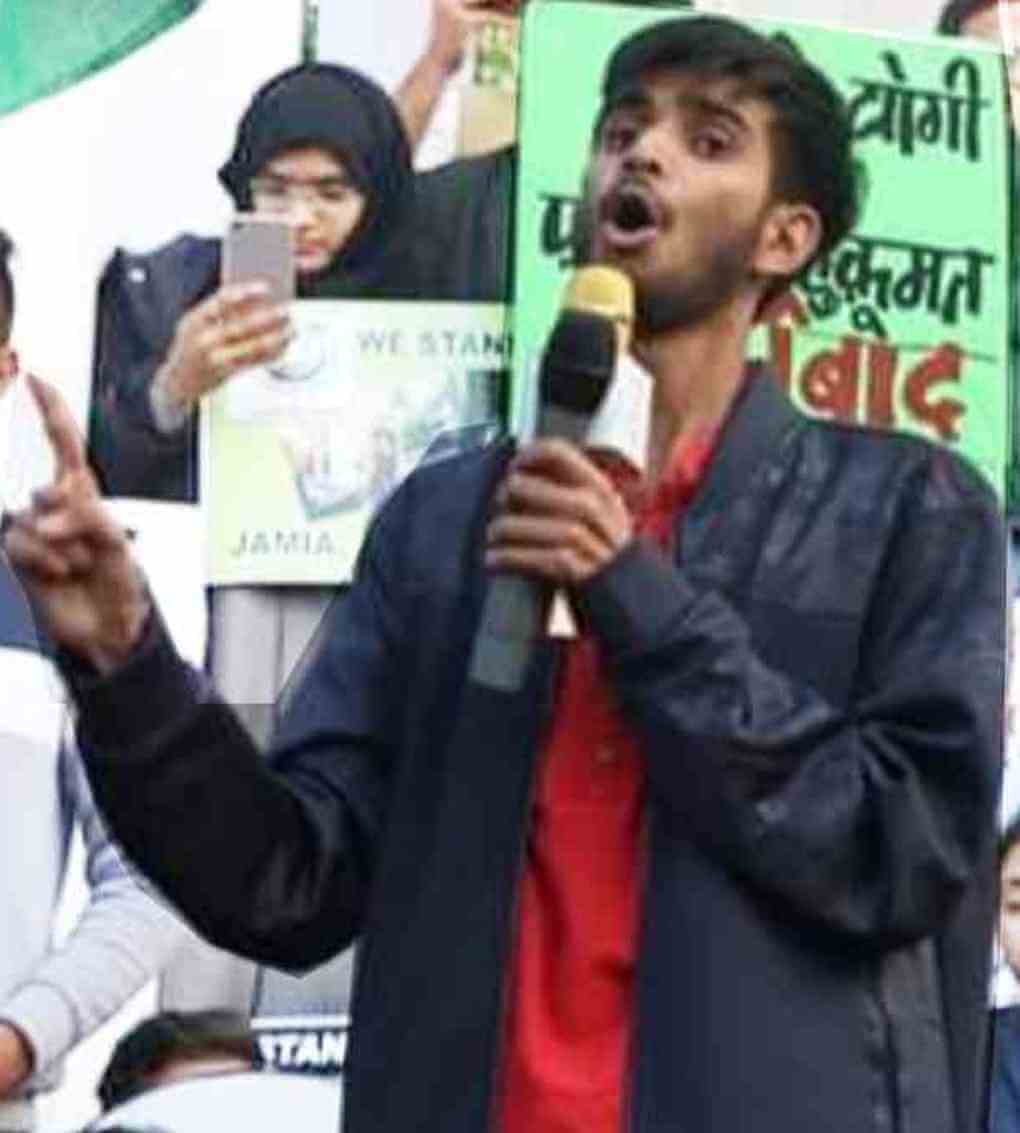 (Excerpted and translated from a report in Janchowk)

If you are a student and are interested, along with your studies, in politics and are pained by the current situation in the country and stand up to voice your protest, beware for you will be hunted down. If, moreover, you are a dalit or are ideologically Left thinking, then you face even greater danger. 22 year old Nitin Raj who showed a black flag to Chief Minister Yogi Adityanath has been arrested for the fifth time and thrown into prison. Nitin Raj is the Uttar Pradesh State Vice President of AISA. His bail application has been denied for the second time by the Magistrate and the next date of 22 January has been given.

An FIR (FIR No. 0142/2020) registered on 16 March 2020 at Thakurganj Thana, Lucknow with regard to the anti-CAA-NRC protest names 23 persons under Section 66 of the IT Amendment Act, Section 7 of the Criminal Law Amendment Act 1932, and Sections 505, 427, 353, 283, 188, 149, 147 and 145 of the IPC. The charges against the protesters in the police FIR include raising of inflammatory slogans, pushing police personnel, and putting up posters. Nitin has been denied bail by the sessions and district courts, where judges are fearful of giving an order that may “offend” the Yogi regime.

Nitin comes from a poor dalit family. His family lives in Janata quarters in Lucknow. His mother is an Anganwadi worker and his father is in the rag trade. His 80 year old grandfather Sundar Lal is a retired defence personnel and is emotionally very much attached to Nitin; he neither eats nor drinks nor sleeps, his one and only concern is, "When will my Nitin come back from jail?" Nitin's mother is worried as they are from an economically weak section and if her son does not get bail his future education will be ruined, since he may not be able to take up the offer of admission in JNU that he has qualified for.

Nitin is a post graduate in Mass Communications from BBAU where has has also qualified for PhD. A thoughtful and sensitive young man, he reads widely, and responds to every act of injustice by standing up for the underdog. Nitin was attracted to AISA when he came to Lucknow University after passing his Intermediate exam, and he joined AISA.

It should be remembered that the showing of black flags to Yogi Adityanath on 6 June 2017 at Lucknow University was the first open display of protest against Yogi after he became Chief Minister. Clearly, undemocratic-minded persons like Yogi found this intolerable. 14 students including Nitin were jailed for this 'crime' and faced all kinds of harassment and torture inside jail as well as after coming out of jail.

Lucknow University awarded him his degree on condition that he never again seek admission into this University. Undaunted despite all this harassment, Nitin took admission in the BBAU for MA in Mass Communications.

When the anti-CAA-NRC protests started last year Nitin Raj went to Gantaghar in Lucknow to join the women protesting there, where the police nabbed him on the street. They checked his bag and abused him while arresting and taking him away, but released him when women in large numbers stood up in protest. The next time he went for the protest the police caught him again and this time a group of lawyers got him released on a personal surety. The third time on 16 March the police caught him on the street before he reached the dharna spot. They beat him inside the police van and switched off his phone. Around midnight it became clear that Nitin was arrested and kept in Thakurganj Thana from where he and two other boys were sent to jail the next day.

The Covid-19 pandemic spread around that time and Nitin was released on parole 15 days later. The parole period ended on 5 January 2021 and Nitin was re-arrested and sent to jail.

Protests to demand Nitin Raj's release are being organized at various places through AISA and other organizations. JNUSU has also released a poster appealing for his immediate release. Protests for his release have been held at Allahabad University students' union office, JNU campus and other places.