CPIML Team Meets Victim Farmers at Chandauli in UP 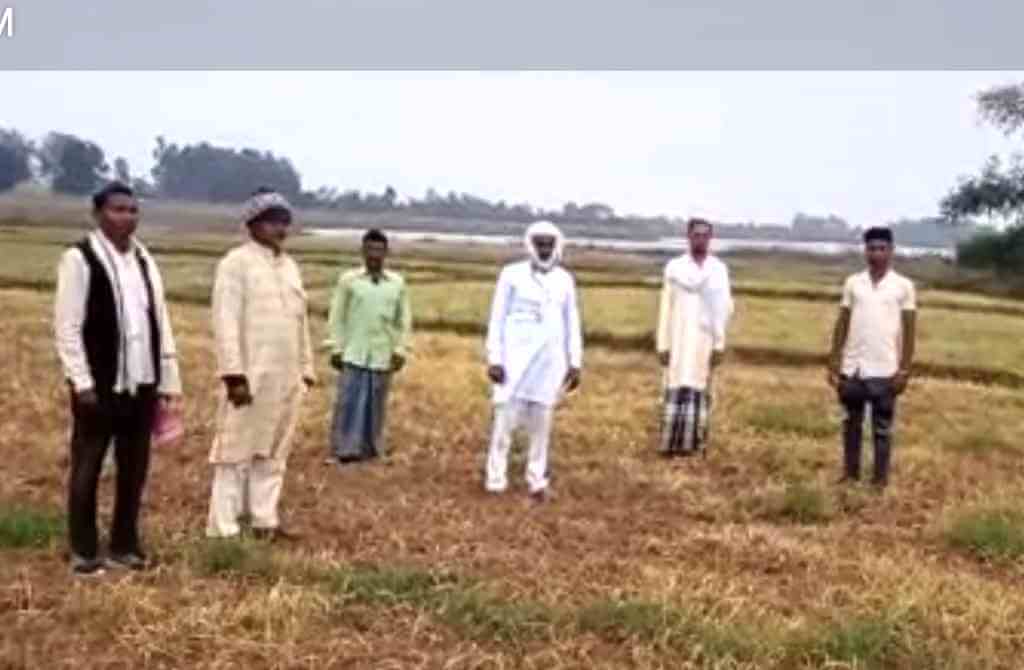 A CPIML team visited Naugarh in Chandauli District and went to the spot where some people, with the intent of capturing land, sprayed poisonous pesticide over the wheat crop in 5 bighas of land belonging to a farmer family and where, instead of acting on the complaint given, the police illegally detained the victims in the Thana.

The ML team went to the field where the crop had been destroyed. They said that the protection given to criminals under the Yogi government has boosted the morale of criminal elements in society. Far from getting justice, victims who complain are harassed and tortured. This incident which occurred on the night of 30-31 December at Bhainsoda village in Chakarghatta Thana in Chandauli is the result of police-criminal nexus.

Based on the report submitted by the team, the party State unit said that the family of farmer Feroze and his brothers have been cultivating this land in the low-reach area of the dam for about 3 decades. Dominant section members from another village want to capture this land and they, in nexus with the police, had harassed the family earlier also.

When Feroze filed a complaint on 31 December on behalf of the victims, the police brought the victims to the Thana in the name of investigation. Moreover, the police pressurized the victims to write a complaint as per their dictation and coerced them to write that the crop was burned not due to poisonous spray but due to bad weather. When they refused, the police illegally detained the victims in the Thana and released them much later only under public pressure. No intimation of registration of FIR was given by the police even six days after the incident. Meanwhile, the accused go scot free and the crop loss of the farmers has not been compensated.

The CPIML team has demanded proper compensation for the victim farmers, strict action against the guilty, and a probe into the role of the concerned Thana. The CPIML team was led by Ramkrit Kol.