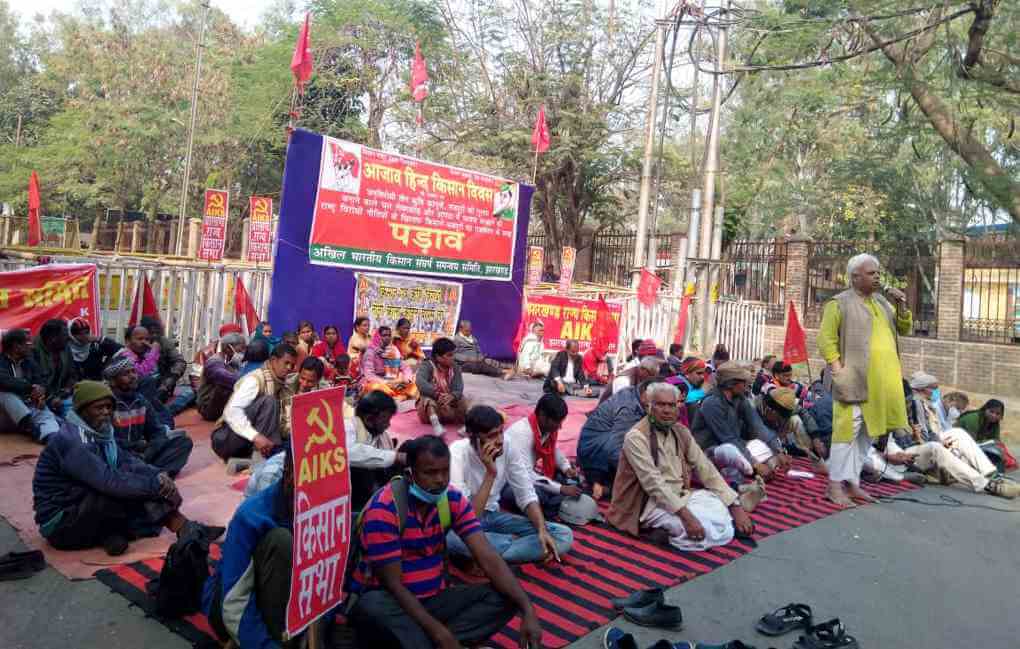 The Kisan Padav (farmers' siege) at the Raj Bhawan in Ranchi against the three black anti-farm laws continues for several days. On 24 January the farmers from Giridih, Ramgarh and Ranchi participated in the Padav on the 4th day.

The Padav started with slogans for saving India from Adani-Ambani Company Raj. Kisan Sangharsh Coordination Committee convener Sufal Mahto said that these 3 black laws are a death warrant for farmers. AIKM Jharkhand State President Puran Mahto said that the martyrdom of so many farmers will not go waste and the government will be forced to bend. The farmers of Jharkhand are enraged at this attempt by the Modi govetnment to ruin farmers and sell the country to capitalists through anti-farmer and anti-worker laws. These laws will make food prices skyrocket and become unaffordable for common people.