Women are the Backbone of Farmers' Struggle 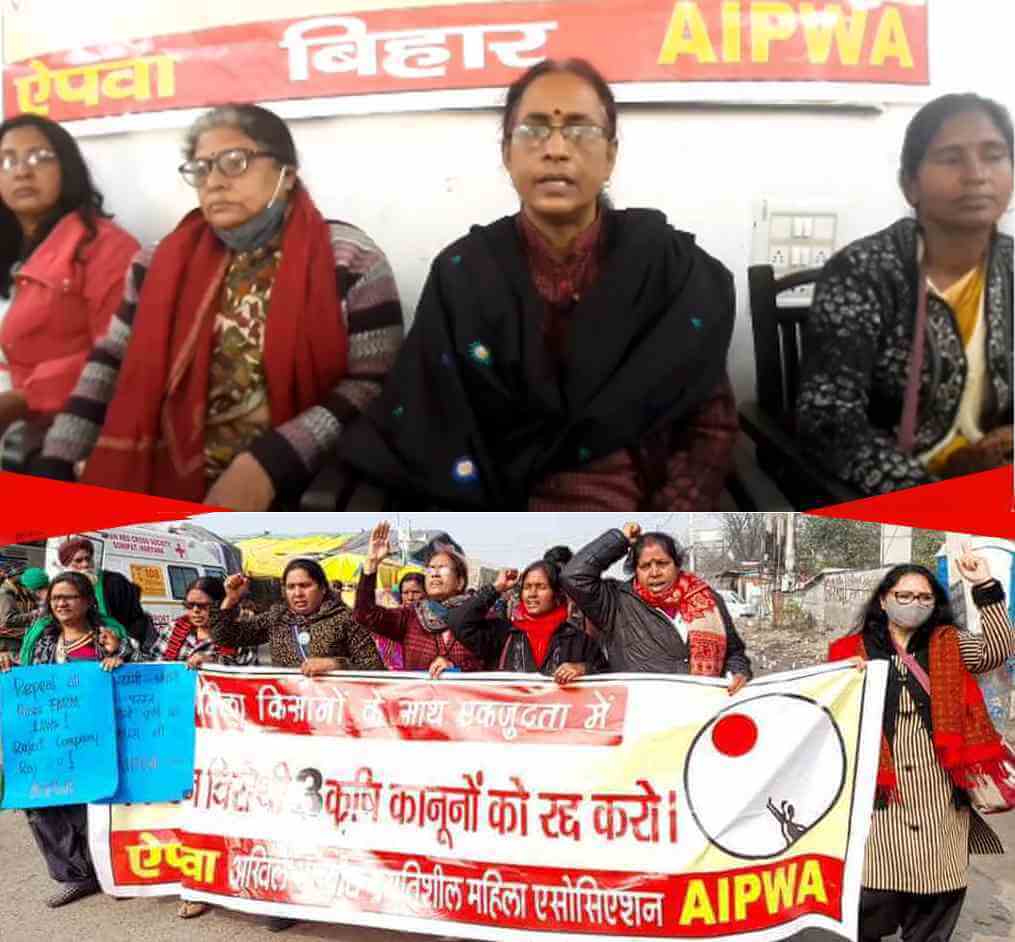 Women will have a notable participation in the human chain called by the Mahagathbandhan on Martyrs' Day 30 January for repeal of the three black farm laws, legal status for MSP, reinstatement of APMC Act in Bihar and withdrawal of Electricity Bill 2020. Women will be part of the human chains across Bihar. AIPWA General Secretary Meena Tiwari said this at a press conference in Patna on 25 January. Also present at the press conference were AIPWA State President Saroj Chaube, Rita Barnawal, Sangeeta Singh, Madhuri Gupta and Afsha Jabeen.

The women leaders said that it is a well known fact that women are the backbone of the agrarian economy. Women power is most used in the fields from sowing to harvesting. When the Supreme Court asks what women are doing in the farmers' struggle, it is an insult to women by the judiciary and a murder of rights guaranteed by the Constitution regardless of gender. It is extremely unfortunate that today the attacks on constitutional rights is being made by no less than the Supreme Court of India. The SC should be careful before giving such statements as its duty is to protect constitutional values.

18 January was observed as Women Farmers Day in protest against this statement by the SC. AIPWA teams joined the farmers' protests at the Delhi borders and women farmers organized protests in various States including Bihar, Uttar Pradesh, Rajasthan and Karnataka.

At all three borders women were at the forefront of organizing langar, medical camps, cleaning, and managing the stage. They were firm that they would not leave without getting the three black laws repealed. AIPWA leader Jasbir Kaur Natt has been leading from the front at the Tikri border from day one.

Women of Bihar are standing in full support of the protesting women farmers; they know that if these black laws are not repealed they will eventually affect PDS as well as schemes like Anganwadi and Midday Meal and destroy poor and rural women's livelihoods. Bihar State ASHA Workers Union has also decided to participate in full force in the human chain on 30 January.