Joshimath Disaster: Brazen Exploitation of Nature Claimed So Many Lives 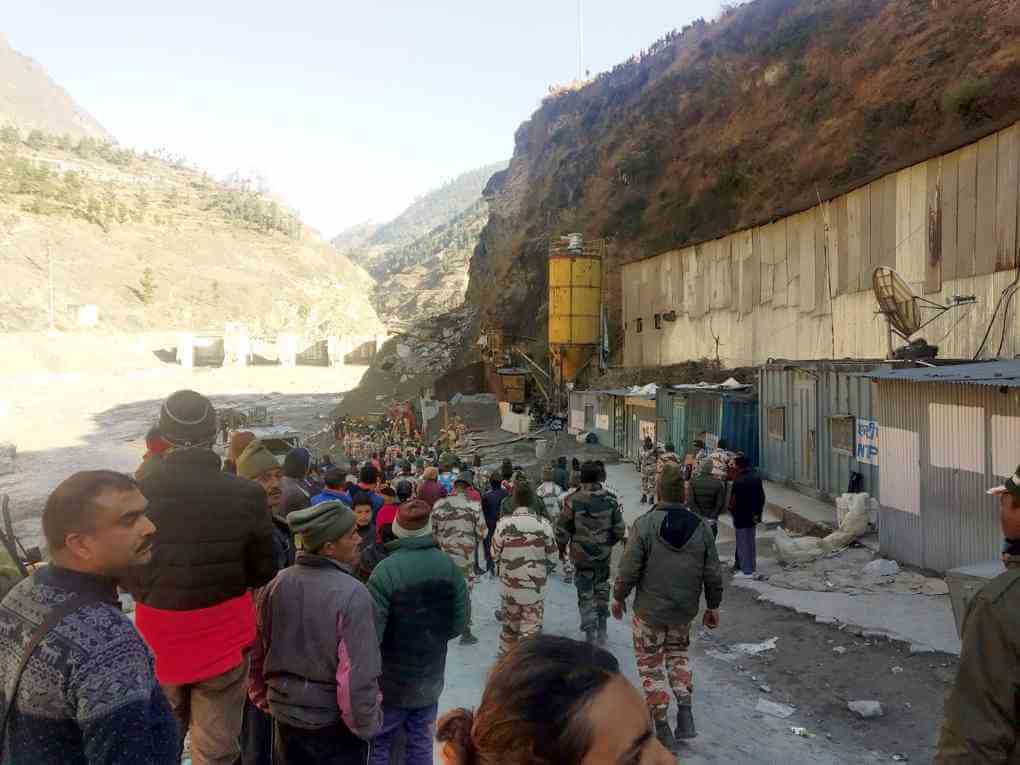 Between 9 am and 10 am on 7 February 2021 a glacier with debris rolled down to Raini village situated 20 km from Joshimath at the confluence of Dhauli and Rishiganga rivers, immersing the Rishiganga Power Project in the river and taking with it 30 workers working at the site. Some workers were able to flee and save themselves. One of them, Kuldeep Patwal who works on the machines, told us that when they saw the huge cloud of dust rolling towards them they fled. As we are hill people, he said, we were able to run up the hill, but others who were from the plains could not climb up abd got caught in the debris abd carried away by the river.

A local villager grazing his goats near the river was also carried away with his goats, as were two police personnel doing security duty. Two other security men managed to run and save themselves. The bridge at Raini that connects the border area with the rest of India was also washed away though it was 30 ft above the river level. As far as eye can see there is nothing but debris in Raini and the River Rishiganga. The washing away of this bridge has cut off road access to the soldiers stationed at the China border a well as to the village population on the other side, and soon there will arise the problem of supplying provisions to them.

Rishiganga flowed on full of debris to Dhauli Ganga, destroying nearby buildings and temples, and proceeded towards Tapovan where another hydel project is under construction. This is the 530 megawatt Tapovan Vishnugarh project. The barrage site of this project has also been reduced now to a heap of debris. Some workers were working in a tunnel here and are trapped inside. Efforts to rescue them are on. Some workers were working on the barrage site. They are either missing or have been washed away. The total number is currently said to be 150.

At Tapovan also nothing but debris can be seen in place of the Dhauli Ganga. The debris has risen about 20 ft above the river level. The bridge on the river Dhauli Ganga connecting Tapovan with Bhangyul village has been washed away.

In 2013 also the Kafar Dam of the Tapovan Project was washed away. The Rishiganga Power Project was also washed away once in 2013 and was re-started only one year ago. During construction indiscriminate blasting and cutting of forests was done despite consistent pleas and warnings by common people which remained unheeded in the clamour for 'development'.

Ten days ago I was here and saw the blue-white Rishiganga flowing quietly. Today she lies lifeless smothered by debris.