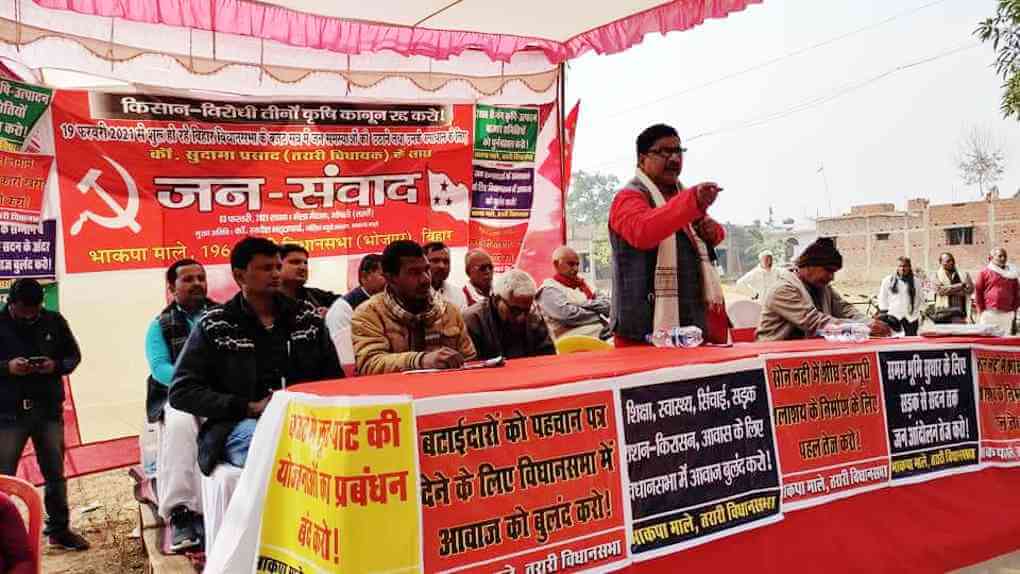 The Budget Session of the Bihar Assembly will begin from 19 February. A people's dialogue was organized on 3 February at Mela Bagicha (Tarari) for consultations about people's issues to be raised in the Assembly. CPIML Politburo member Comrade Swadesh Bhattacharya was the chief guest at the meeting. Women and men workers, farmers, students, youth, and footpath vendors gave their valuable suggestions. The people present on the occasion pledged to give active support to the ongoing farmers' movement in Delhi for the repeal of the 3 anti-farmer laws. Two minutes' silence was observed in honour of the farmers martyred during the movement.