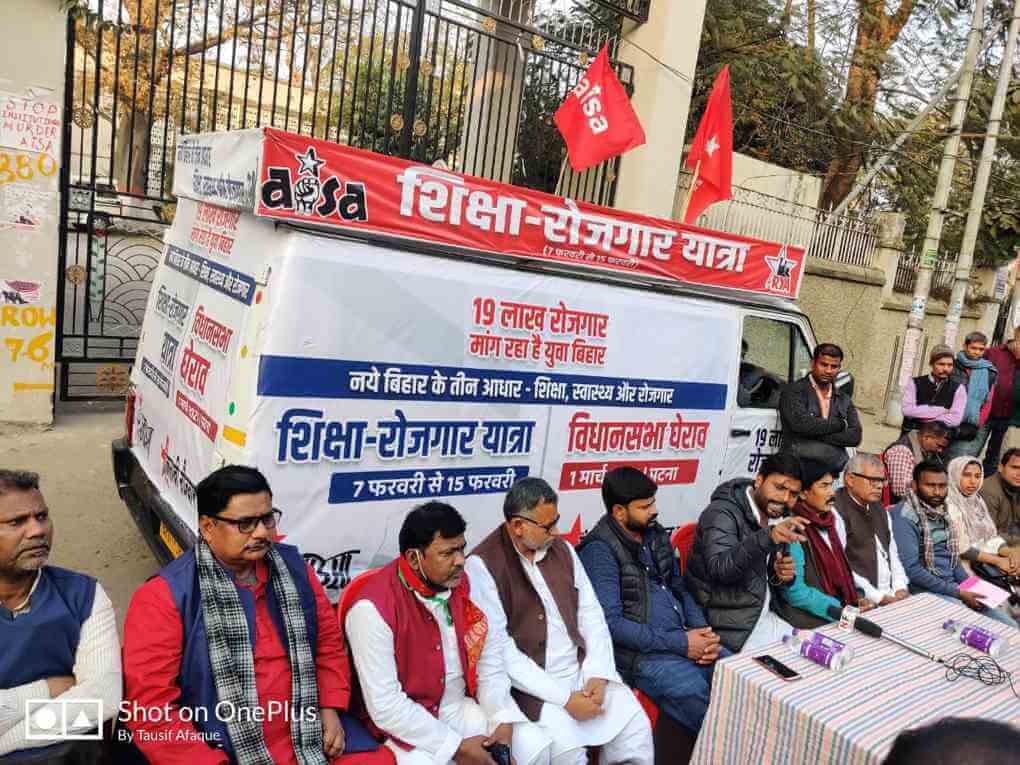 AISA National General Secretary and Paliganj MLA Sandeep Saurabh said that the 19 lakh jobs promised by the BJP-Nitish government have proved to be a huge lie, as the Nitish government has forgotten that promise and says it will give 19 lakh loans instead. This is nothing but sheer betrayal of the students and youth of Bihar. At the same time the New Education Policy imposed by the BJP government is depriving children from poor families of education. Through the Shiksha-Rozgar Yatra the wrong and harmful policies of the Nitish-BJP governments are being taken to the people and on 1 March a gherao of the Vidhan Sabha will be held.