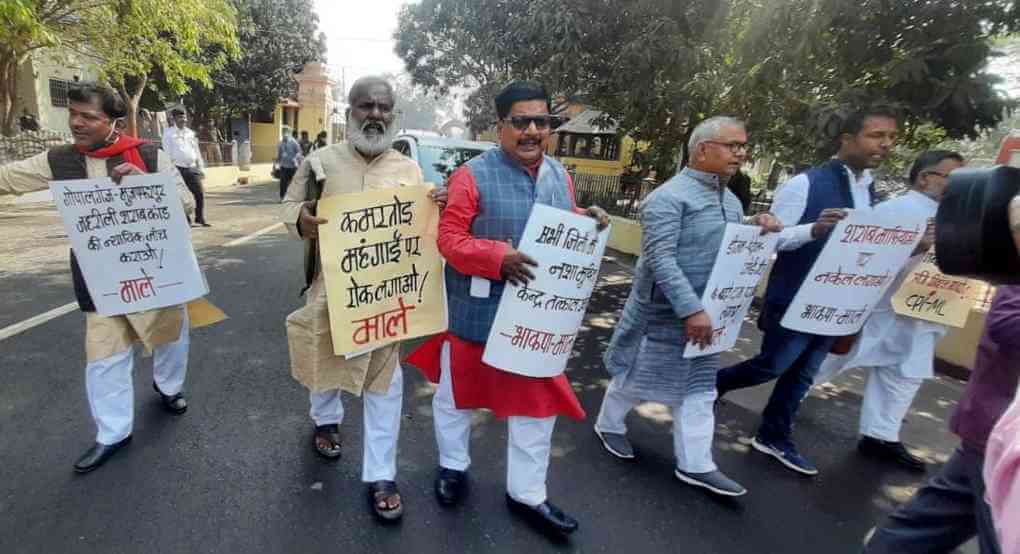 CPIML.Bihar State Secretary Kunal and Legislative party leader Mahboob Alam said in a statement that the Budget presented by BJP-JDU on 22 February 2021 is disappointing and negative.

The leaders said in their joint statement that after Covid and lockdown while other countries are making deficit budgets, the Bihar government has a surplus budget. The 2021-22 budget estimate shows an anticipated income of Rs 218502.70 crores whereas the expenditure is 200 crores less than the income, i.e. Rs 218302.70.

This means that the government is unwilling to open its coffers for the people struggling under Corona-induced lockdown crisis. Thus, money will not be put into people's pockets and their purchasing power will not increase, without which the current crisis cannot be overcome. The government should have made a deficit budget and found meabs to generate more money. In such a situation neither can employment be generated, nor the current recession can be overcome. Most countries in the world are making budgets with a deficit up to 20% of their GDP.

If the government were bothered about increasing the purchasing power of the poor, wirkers, women, farmers, scheme workers and youth, they should have made a budget for regular appointments to the lakhs of vacant posts in various departments. But there is nothing concrete in the 19 lakh jobs they are talking about. How can jobs be generated for lakhs of Bihar's unemployed youth through a mere 5 lakh grants and 5 lakh loans? Clearly BJP-JDU is passing off work like pakoda-frying as 'jobs'.

The Budget shouls have provided forb200 days work and Rs 500 minimum wage in MNREGA. All scheme workers should gave been regularized. But instead of soending the money in a decentralized way the government is following a policy of spending through companies. The government  lacks respect for ASHAs, Anganwadi workers, Rasoiyas and other scheme workers. Further, housing and other rights of the poor have been abjectly neglected.

The claims of increasing farmers' incomes is a blatant lie. If the government were bothered about this they would have reibstated the APMC Act. Even today paddy from all farmers in Bihar is not being procured. They are forced to sell their crops at throwaway prices. The Budget makes no mention of re-establishing the Mandi system. Only Rs 550 crores have been allotted for irrigation. There is no mention of repairing canal systems like the Son system.

Issues related to education have been talked about in a roundabout manner. The government is patting itself on the back for giving an incentive amount to girl students, but there is not a single word on improving infrastructure in schools and colleges higher education, research work etc. If our universities do not have a proper academic calendar, how can girl students be educated? There is a long standing demand for a degree college in each sub-division, but the government is silent on this matter. By speaking just of a few polytechnics and ITIs, the government is only acting to produce skilled workers.

We all saw the abysmal condition of health services in Bihar during Covid times. There was an appalling dearth of facilities even in higher medical institutes, leave alone lesser institutes which do not have lady doctors, blood bank facilities or testing facilities. Covid times exposed the rampant institutional corruption in Bihar.

Despite boasts by the government, violence against women in Bihar has broken all records. The government must build basic infrastructure for women's safety and make separate provision for this in the Budget.

The sum total is that the BJP-JDU government wants to keep Bihar as a State of cheap labour and poverty.