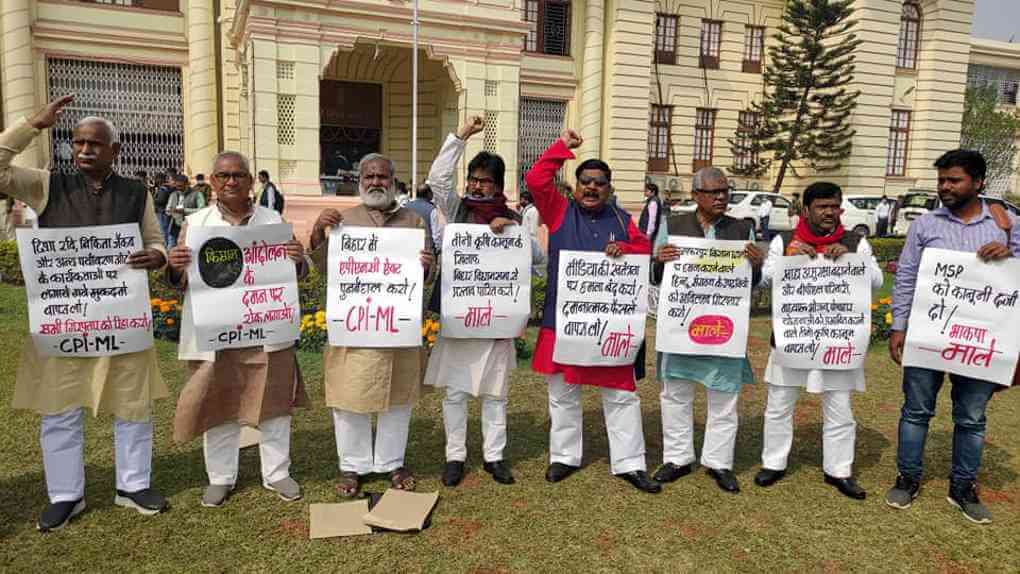 CPIML Legislative Party leader Mahboob Alam said on 19 February 2021 that the Governor's address in the Bihar Assembly was directionless and a pack of falsehoods. The government is boasting about the Jal-Jeevan-Hariyali Scheme across Bihar but a veil of secrecy has been thrown over the number of poor people displaced in the name of this scheme.vThe Governor's address did not even touch upon housing rights for the poor.

The real face of the government that patted its own back during the Covid crisis has been thoroughly exposed. It is clear that a cruel joke has been played upon the poor of Bihar in the name of Corona and Lockdown. The funds removed from government coffers in the name of medical treatment for the poor have been misappropriated under the protection of the ruling powers.

The scope of starvation and malnutrition in Bihar is steadily increasing. Unemployment is at its peak. The government shows no inclination to provide employment to the youth.

On the first day of the Assembly session CPML MLAs raised the issues of passing a resolution against the 3 black farm laws, legal status for MSP, reinstatement of the APNC Act, guarantee of paddy and all other crops to be purchased at MSP, extension of paddy procurement date, arrest of RSS-Bajrang Dal members who attacked farmers sitting on dharna in Muzaffarpur, lifting of restrictions on freedom of the media, and other issues.