Bihar in the Clutches of Criminals 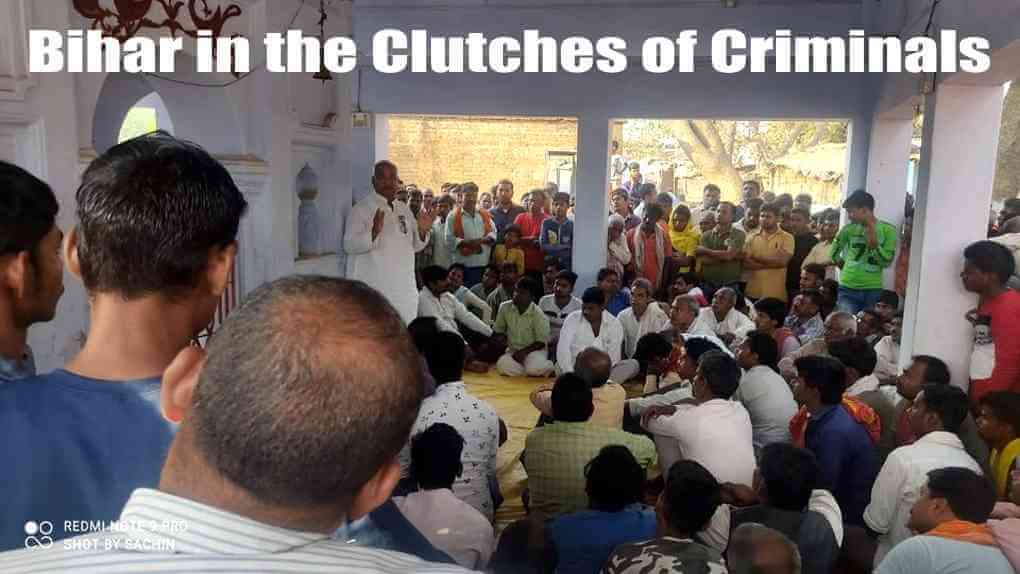 CPIML Bihar State Secretary Kunal said in a statement on 9 March 2021 that Bihar today is in the clutches of criminals and crime is at its peak. The most recent example of criminals' high morale and the government's failure is the incident in Sakla Bazaar, Rohtas District where two brothers Roshan Sah and Arun Sah were shot in broad daylight after their shop was attacked. The elder brother Roshan Sah died on the spot while Arun Sah remains critically injured.

Soon after the incident Karakat MLA Arun Singh visited Sakla Bazaar. He found that the attack was perpetrated by feudal dominant people in order to establish their dominance in the area. He spoke to the DM and SP and put pressure to see that the killers were arrested, the family of the deceased was given immediate relief of Rs 23000 and assurance of housing under PM Awaas Yojana.

CPIML organized protest in Sakla Bazaar in protest against the incident, followed by a meeting. A large mass meeting will be organized on 12 March at Sakla Bazaar. CPIML has demanded Rs 10 lakhs compensation for Roshan Sah's family and full medical treatment for Arun Sah at government expense.