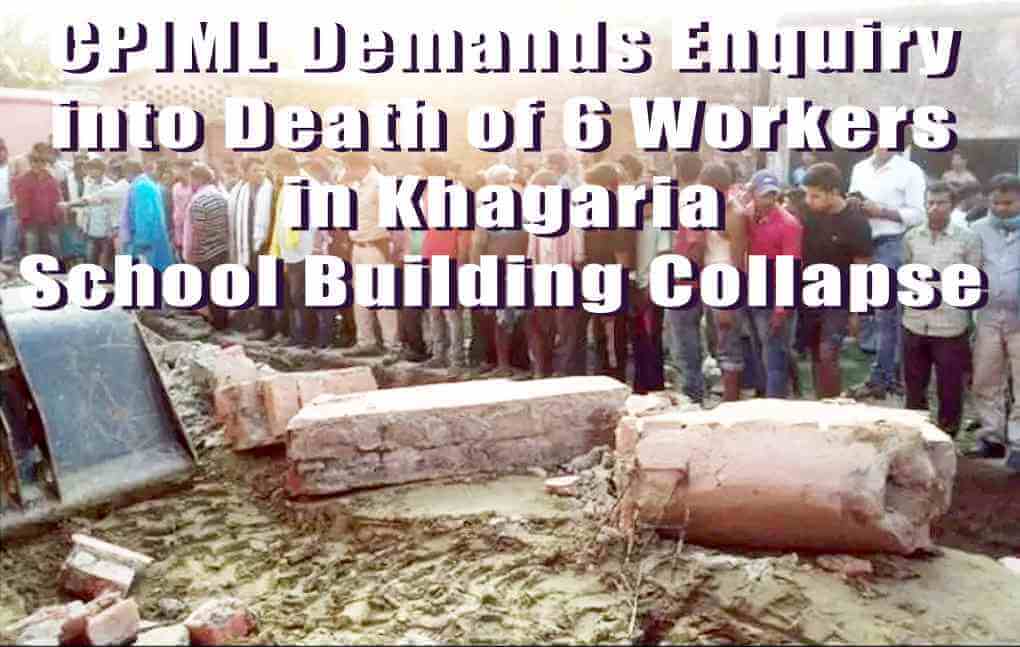 The CPIML legislative party leader Mahboob Alam condemned the Bihar government's attempt to whitewash the heart-wrenching death of 6 workers in the Khagaria school compound wall collapse by calling it an accident. He said that this is not an accident but the result of sheer negligence. The Chief Minister cannot hush up the truth by giving Rs 4 lakhs compensation to the victims' families. He demanded a full enquiry by a committee constituted by the Assembly.

Mahboob Alam said that this appalling incident occurred because digging for a nullah for the Nal Jal Yojana was being done right under the compound wall. The government and administration put no value at all on the lives of workers. Clearly, such digging without safety in the name of nullah construction is being done across the state and is proving life-threatening to the common people.

The CPIML legislative party raised the issue on 10 March against this red tape and demanded strict action against the guilty officials.