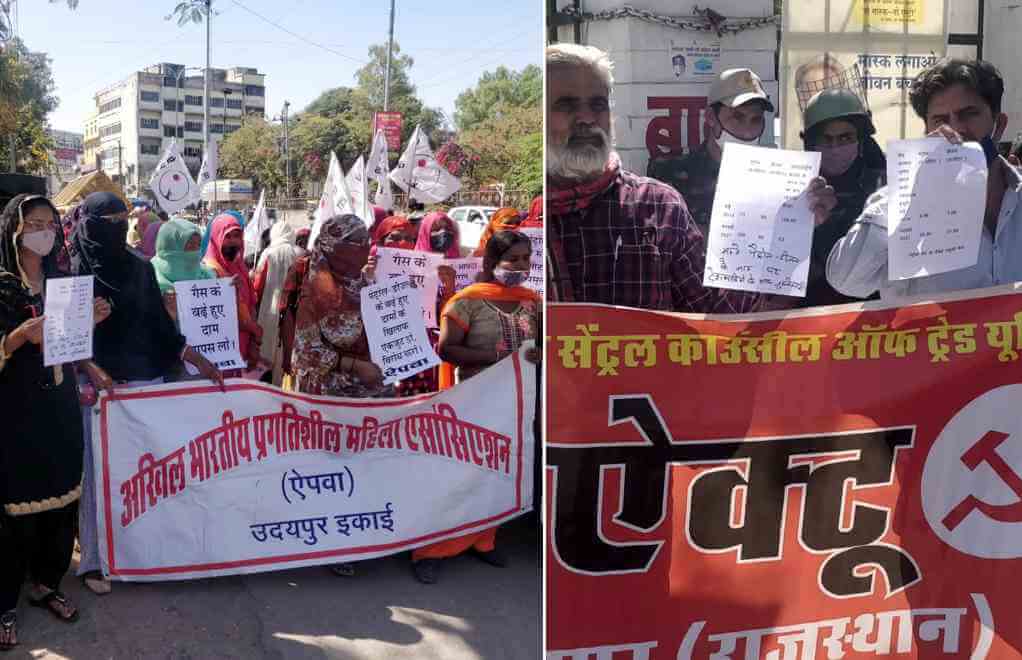 AIPWA and AICCTU organized a joint protest on 4 March 2021 at the District Collector's office against the exorbitant hike in petrol-diesel prices. As a result of the BJP central government's anti-people policies unemployment is currently at a record high, trades and businesses stand devastated, and the economy is on its death bed. Farmers of the country have been struggling for the last three months against the 3 farm laws which hand over the country's agriculture to capitalists and corporate houses.

At such a distress-filled time the Modi government has rapidly and continuously increasing excise duty, resulting in skyrocketing prices of petrol and diesel despite international crude oil price being very low. For example, on 16 February 2021 petrol sold at Rs 89.29 per litre in Delhi out of which the central government took Rs 32.90 per litre in excise duty. Similarly, diesel sold at Rs 79.70 out of which Rs 31.80 goes to the central government as excise duty. In May 2014 when the international crude oil price was $106.85 per barrel, petrol was Rs 73 and diesel Rs 56 per litre. Today when crude oil is around $63 per barrel, petrol is around Rs 100 and diesel Rs 90 per litre in many States.

Along with this loot, the central government has ended the gas subsidy during the Corona crisis and hiked cooking gas prices by more than Rs 200 per cylinder during the past 2 months, virtually breaking the back of the common consumer.

At the conclusion of the protest meeting a memorandum addressed to the President was submitted to the Collector.