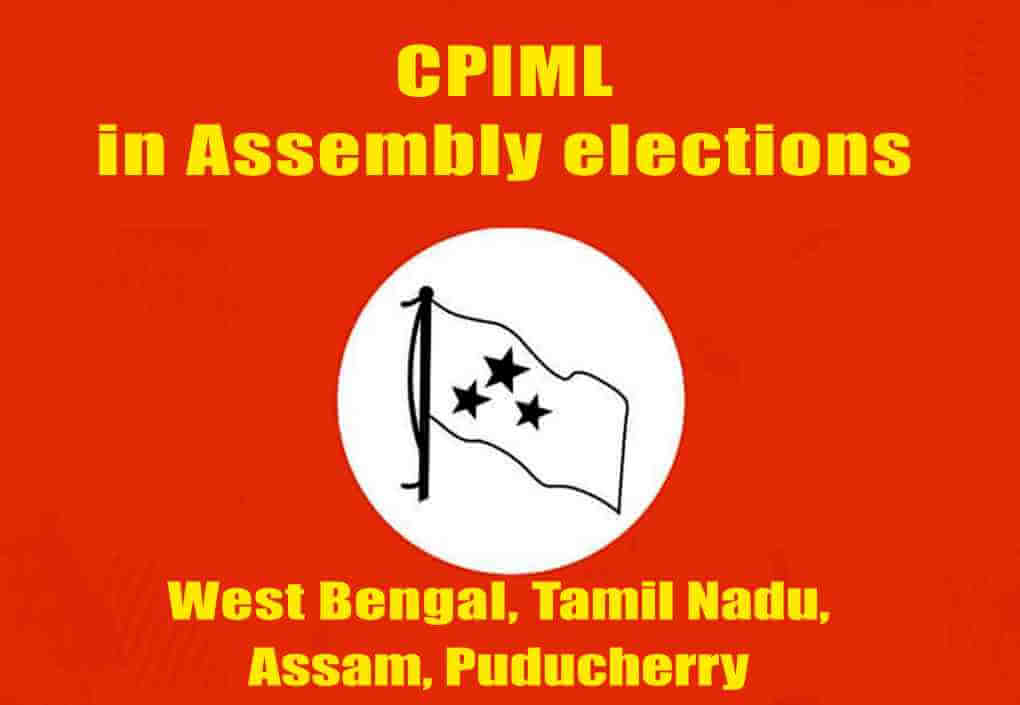 Assembly elections are on in several States. While all eyes are on West Bengal, CPIML has called to all parties to oppose the BJP and carry out a powerful political campaign in these elections in order to stop this party from coming to power. The CPIML is fighting 12 seats in West Bengal, 12 in Tamil Nadu, 1 in Puducherry, and 5 seats in Assam. Apart from these seats, party is also campaigning to defeat BJP in other seats. CPIML has lent its support to the Left Front on the seats they won in 2016 as well as on Jamuria from where JNUSU president Aishe Ghosh is contesting.