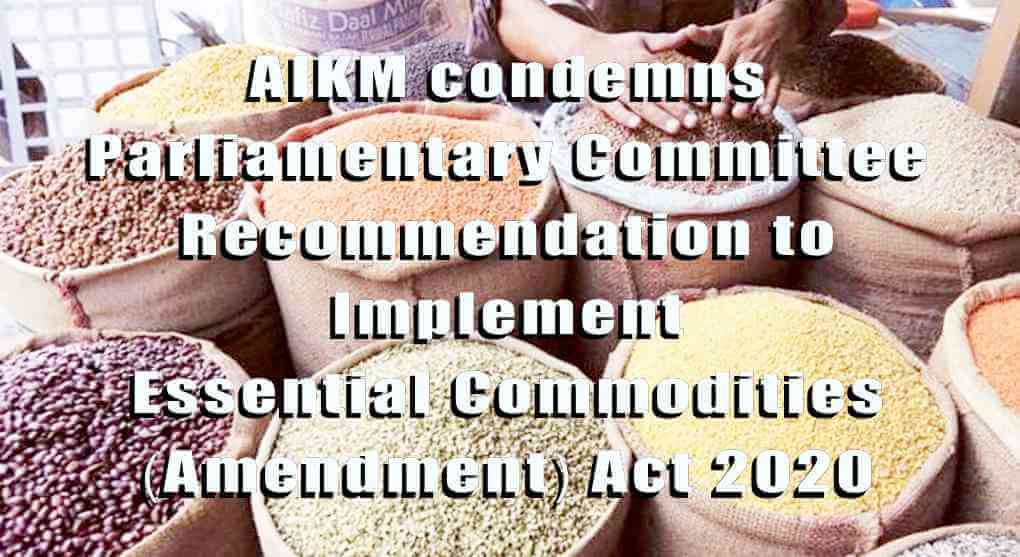 The All India Kisan Mahasabha on condemned in strong words the Parliamentary Standing Committee's recommendation for implementation of the Essential Commoditios (Amendment) Act 2020 relating to food, consumer affairs and PDS. The Modi government called this meeting at short notice in the midst of elections in 5 states so that Opposition members would not be able to attend the meeting.

AIKM alleged that this step by the Parliamentary Standing Committee has been taken under pressure from the Modi government. This is in the interests of corporate companies and hoarders who own large capital. This is a law for ending the PDS system, snatching away food from the plate of the poor, and turning food items into fat-profit earning consumer goods. This is a cruel attack on the food security of our country where 56% of the 135 crore population suffer from malnutrition.

On the one hand the Modi government says talks with farmers are just a telephone call away; on the other hand it is pressing for hasty implementation of these laws. This step by the central government shows its complete indifference to the farmers camped on the Delhi borders for the last 4 months. AIKM has warned the central government that it should immediately repeal the three farm laws and give legal status to guarantee of MSP.