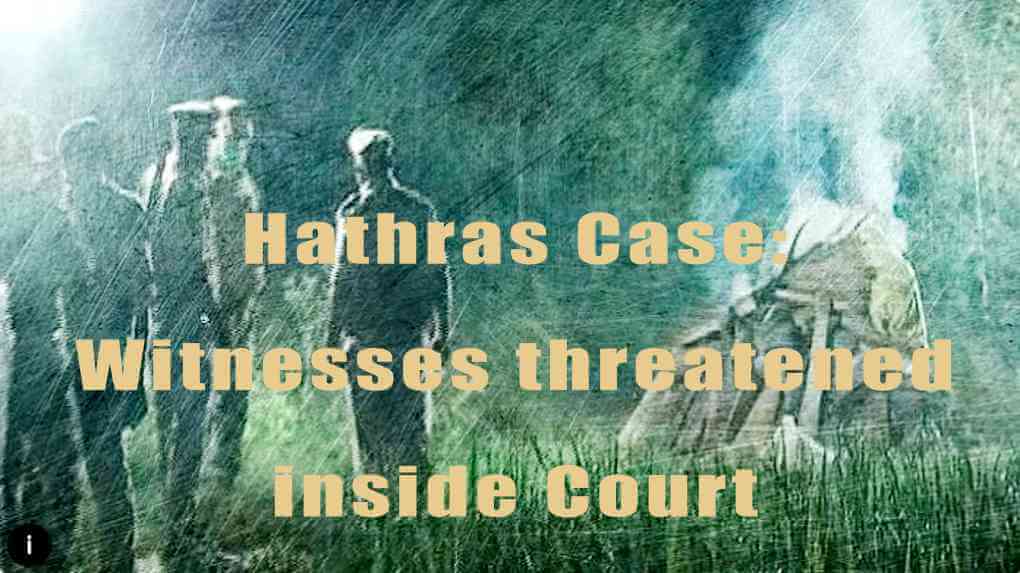 CPIML Uttar Pradesh state unit said that the Yogi government boasts so much about its so-called achievements over 4 years, but the reality is that criminals under this regime have so much confidence that they even threaten witnesses inside court.

The CBI enquiry in the Hathras gang rape case already confirms the involvement of the accused persons. During the hearing of the case in a Hathras special court upper caste members from the side of the accused entered the court threatened the brother of the victim (deceased) to prevent him from testifying. After this, the Allahabad High Court had to order the Hathras District Judge to probe the matter and the government and CRPF to provide adequate security to the deceased victim's family.

Earlier also the Yogi government had tried to cover up the matter in order to prevent justice and protect the accused persons. A top UP Police officer sitting in Lucknow made the government's intentions clear when they blatantly denied the incident of gang rape and murder, and this same officer was recently awarded the President's medal for 'excellent service'. If there had not been statewide people's protests against the Yogi government's role in protecting the criminals, there probably would not have been a CBI probe into the Hathras incident.

The CBI enquiry is over, but justice is still awaited. Keeping the above facts in mind, it would be better if the court trial in the case takes place outside Uttar Pradesh or in Delhi so that unobstructed and speedy justice can be ensured for the victim's side. CPIML said that the incident of open intimidation and threatening inside the court is a self-explanatory commentary on the law and order and 4 years' achievements of the Yogi government. It is incredible that Chief Minister Yogi touts the falsehood that criminals have fled Uttar Pradesh fearing for their lives. The aforementioned incident exposes the shameful truth about the CM's claims.